I chose to ‘bubble’ with my new lover, NOT my parents…even though I’ve only known him six weeks!

When Boris Johnson announced that those, like me, who were living alone could form a ‘support bubble’ with one other household, my parents were jubilant at the thought that they’d finally get to see and hug me.

As far as they knew, I was single and had been holed up on my own for three months — and there was nothing now, surely, to stop me jumping on a train to Norfolk to live with them instead of in my small London flat?

So, aware I was about to disappoint them, I broke the news that their only daughter was a fully-fledged Covid criminal who’d already formed her ‘bubble’ — with a man they had no knowledge of, who she’d met online less than a month previously.

Which meant that according to the guidance, I still couldn’t see them because I was selfishly — happily! —ensconced in the arms of my lover. 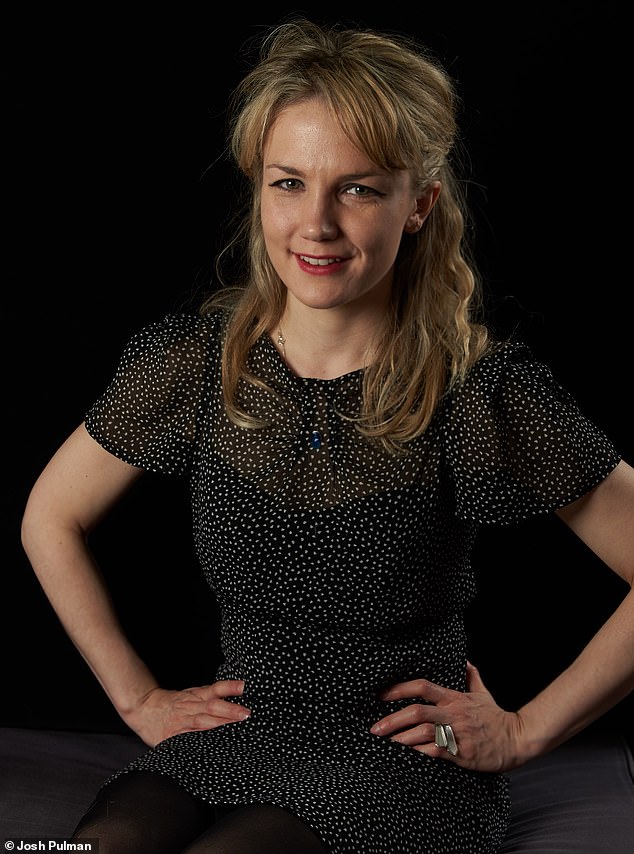 Emily Hill, 37, (pictured) who lives in Battersea, London, explained why she’s decided to form a ‘bubble’ with a man she met on Bumble instead of her parents

I won’t complain about how hard lockdown has been for me, because all my loved ones are safe and I’m not yet staring economic oblivion in the face. But I do worry about the epidemic of loneliness among single people that coronavirus is exacerbating.

Even before the virus was unleashed, a generation of young women were enduring a sex recession, our horrible hook-up culture having paradoxically caused a wave of abstemiousness.

If lockdown has been good for anything, it’s that it forced me to re-examine the details of a life which — when I was actually living it — didn’t strike me so forcibly.

Previously, it’s been possible to ignore the fact that I’m approaching 40 and had always hoped my life would turn out like my mother’s, who married her life partner at 21 and gave birth to me and my brother aged 24 and 26.

Yet, every single time in the past 15 years that I’ve thought I’ve met a man who really liked me, it transpired to be totally transitory. All in all it’s been so dispiriting, I had started to think nuns were really on to something.

But living solo, forbidden from seeing a single soul, made me determined to diminish my chances of dying alone.

Humans are social animals and anyone forced into solitary confinement is likely to find life unbearable before long.

I decided I would, as Churchill advised, ‘never, never, never give up’ in the pursuit of a man to share my life.

My position on dating apps is that they have done to love and romance what the machines did to humanity in Terminator II — so I was not expecting much. 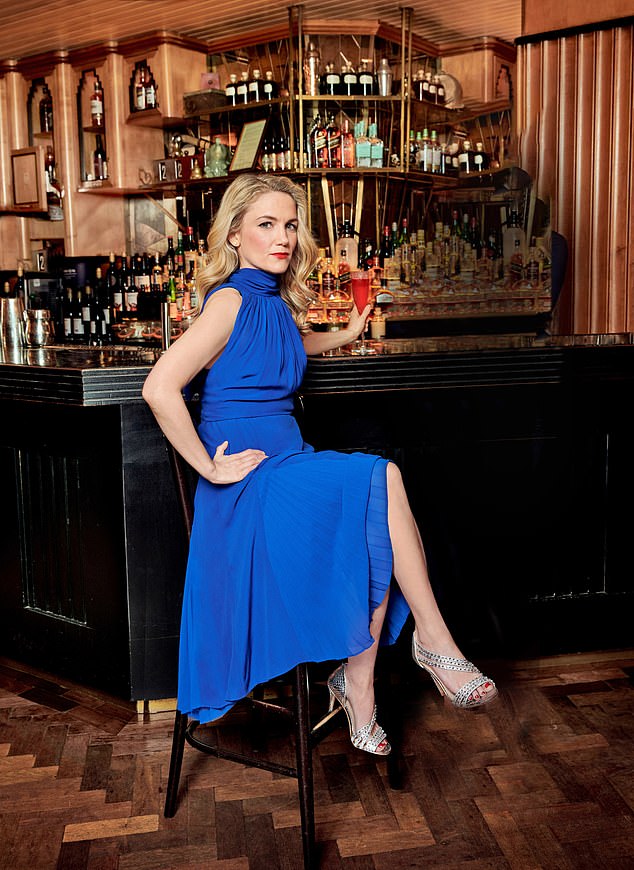 But lockdown meant I had nothing to do but swipe through hundreds of profiles. I eventually hit on someone who admitted he had hoped to meet a woman in real life, and had joined dating app Bumble only because lockdown meant he had no possibility of doing so.

In other words, against all odds, I finally — please let me not jinx this by writing it — got lucky.

We started messaging each other six weeks into lockdown. He stood out because I told multiple men it was my birthday on May 16 and he was the only one kind enough to ask if I would be alone and, if so, would I like to meet him for a bottle of champagne. The rules had changed, just a couple of days earlier, to say that you could meet one person at a social distance.

But I fear that even at our first meeting, we didn’t keep to the rules about staying two metres apart. It turned out that he was the perfect mix of romantic — in terms of wanting to be close to me even though the powers that be forbade it — and sceptical, towards our chances of transmitting the virus to anyone.

We’re both 37, live within walking distance of each other in Battersea, had washed our hands till the skin peeled and agreed that the risk of transmission, outside in the sunshine in the park, was minimal since we’d self-isolated for two months already.

My personal position on coronavirus is that I have to die of something sooner or later — the only thing I worry about is killing anyone else. And a healthy male in his thirties has a Covid mortality rate of 0.2 per cent.

Still, I knew almost everyone I’ve ever met would vehemently disapprove of us flouting the rules, so I didn’t dare tell anyone. 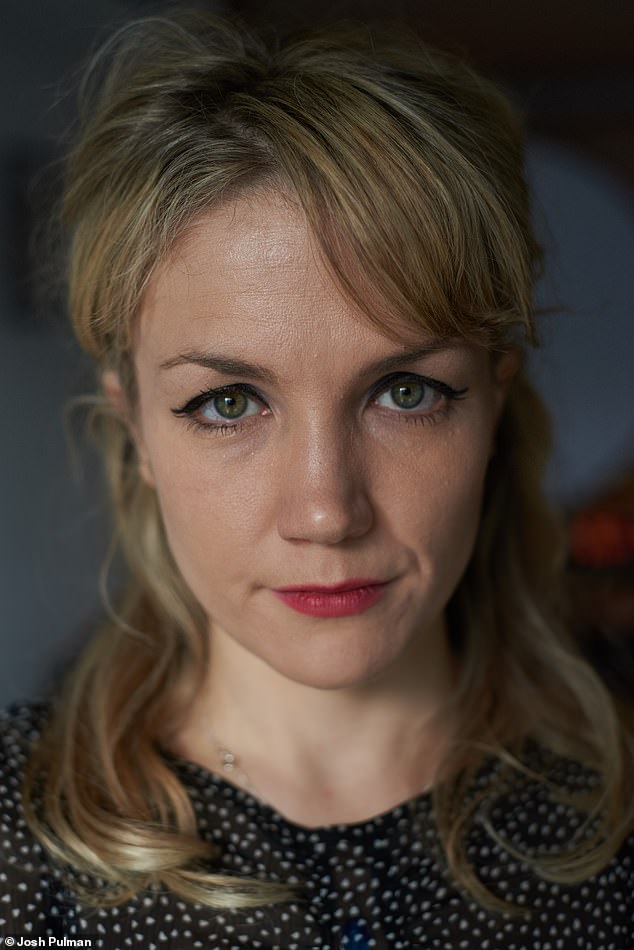 Emily (pictured) explained that she’s now more likely to kill her parents than her boyfriend, if she contracts coronavirus

From there, lockdown accelerated our relationship because it felt both so natural and so wrong. He wanted to do extremely normal things that were nonetheless completely verboten — such as cook a meal for me in his home. Such sweetness meant I trusted him enough to sleep with him quicker than I’ve learned is wise, only two weeks after meeting him.

By the end of May, we were illicit girlfriend and boyfriend, our sleepovers made illegal by the latest rules. It was a bit like dating the Milk Tray man, who stole into my apartment late at night and remained incognito at all times.

He even invited me to meet his friends on a Zoom call — but only if we both sat outside in the rain the whole time, so they wouldn’t realise we’d been breaking the rules. Tempting, but I said I didn’t mind waiting.

A little less than a month later — on June 13 — we woke up in bed to find ourselves a state-sanctioned bubble-couple. And we’ll be staying that way, I’ve explained to my disappointed parents.

First, because if I were to contract coronavirus now, I’d be far more likely to kill my parents than my boyfriend. Second, because I’m wholly incapable of keeping away from him.

It makes no sense, I realise, to confess our Covid-criminality now we’ve essentially got away with it. But I’m doing so because I believe even the threat of a virus should not overwhelm every other human freedom. 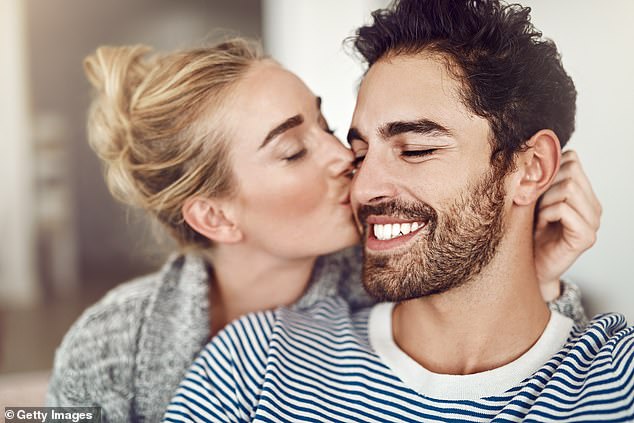 In my view, banning sex between consenting adults is right up there with depriving a generation of children of an education on the list of despotic acts fascist dictatorships haven’t even tried. Yet no one seems willing to question it.

Even though, as Conservative MP Tobias Ellwood admitted — when put under pressure by Piers Morgan — criminalising private, consensual romantic liaisons is ‘ridiculous’.

As harly Lester, an expert at the dating app Inner Circle, points out: ‘Never before have legally consenting adults been told who they can or cannot sleep with.

‘We all took it for granted during the early stages of lockdown that we couldn’t travel to other people’s houses — for anything. But to have the Government outright telling people that they can’t sleep with another adult they don’t live with suddenly feels like a far stricter social control.’

Someone needs to stick up for the rights of singles — because while from this weekend we’ll be allowed to drink pints and fly off on holiday, trying to find love by kissing handsome strangers is still completely off limits.

This really isn’t as trivial as it might sound to those happily coupled up. The Marriage Foundation predicts that, of people in their twenties now, only one in two will marry — ever. 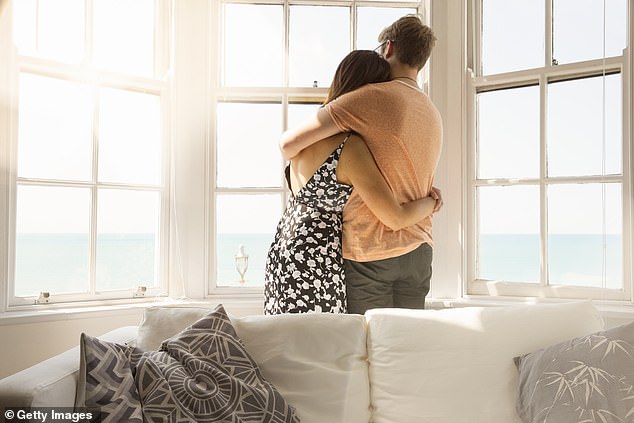 Britons aged between 25 and 44 are five times more likely to live by themselves than in 1973 and yet, 20 years after Bridget Jones advertised our existence, we’re still viewed as freaks rather than more than a third of the population.

Lockdown penalised everyone, but while we were rightly concerned for the lonely elderly, no one even seemed to think of the single people.

So while ‘bonking bans’ and ‘bubble boyfriends’ may seem funny, what it all adds up to is that, for the very large number of single people out there, the coronavirus rules are a joke — and they’re about to get even sillier.

From Saturday, you’ll be able to tour a museum, get a haircut and down a pint — but still not hug your mum and your boyfriend. And that’s no laughing matter.

As for us, it’s not that we don’t miss our families, but I’ve called my mum so much throughout the pandemic that my dad has started screening my calls.

If they needed me, I would go to them. But since they’re happy, I’ve decided just this once to get on with enjoying myself, too.