As Stylist’s digital writer, Lauren Geall writes on topics including mental health, wellbeing and work. She’s also a big fan of houseplants and likes to dabble in film and TV from time-to-time.

Do you often feel as if you’re too sensitive for the world around you? You could be what psychologists call a ‘highly sensitive person’ – here’s why that’s not such a bad thing.

As someone who writes about mental health and psychology for a living, I like to think I know my emotions pretty well. On a daily basis, I get to speak to brilliant psychologists, therapists and wellbeing experts and put their advice into action – from reflective questions and breathing techniques to vagus nerve stimulation and gratitude journaling. My metaphorical mental health toolkit is practically full to bursting.

But despite this, there’s always been one part of my psychological make-up that has perplexed me: my sensitivity. I’ve often felt as if I’m too sensitive for the world around me – as if my brain is faulty or defective in some way.

It’s the one aspect of my personality that I’ve noticed but never really been able to explain, from my ability to sense when one of my friends is upset before they’ve even said a word, to my discomfort when it comes to change or conflict. For years, I’d just presumed that it was an extension of my anxiety – that was, until I heard about the concept of the ‘highly sensitive person’.

The term, coined and popularised by the psychologist Dr Elaine Aron in her book The Highly Sensitive Person: How To Thrive When The World Overwhelms You, describes a type of person who experiences the world more intensely than others. The book, which was published in 1996, has been translated into 32 languages and earned the title of a worldwide bestseller – something that’s not surprising considering Aron’s prediction that 15-20% of the population could be highly sensitive people (or HSPs, for short).

One of the most important things to note about high sensitivity is that it’s not a disorder or illness. Instead, it’s more like a personality trait, which causes someone to experience what Aron calls ‘sensory processing sensitivity’ – wherein stimuli, sensations and information (both internal and external) are processed more deeply and profoundly. This can lead, for example, to someone having a heightened awareness of their environment, or being sensitive to noise, light and strong smells. It can also cause someone to be deeply moved by beauty in art, music or nature, and leave them needing plenty of downtime when things get too hectic or busy (for a full list of signs, and to take Aron’s highly sensitive person test, you can check out her website).

23-year-old Eleanor Noyce, from London, experiences high sensitivity as part of her ADHD. It’s particularly prevalent when it comes to her relationships – when friends or family start acting at all differently towards her, she panics and worries about whether she’s upset them.

“I’ve been told that I’m ‘too sensitive’ many times,” she explains. “Often, I’ve overthought scenarios involving friendships where I’ve worried that I’ve upset them because they’ve acted slightly differently towards me, even if I know that person has been going through something in their personal life. My mum has told me not to be so sensitive before too because of the ways I’ve reacted or worried about things, including the way my messages might come across over text.

“These scenarios have always turned out OK and don’t lead to conflict, but my internal emotional reactions to things often leave me feeling defeated.” 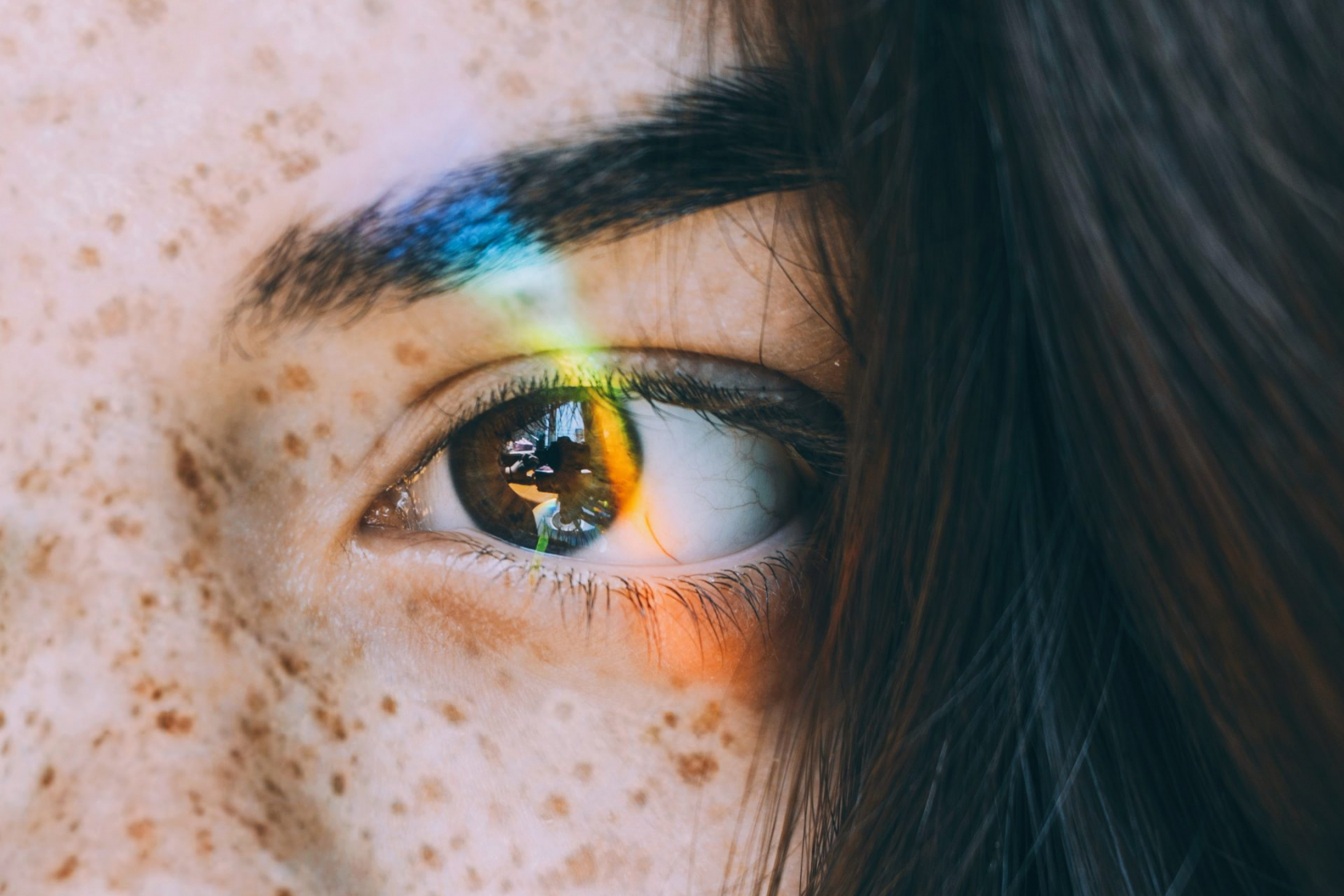 “I’ve been told that I’m ‘too sensitive’ many times.”

Kerry Curl, 41, from Cambridge, also identifies as highly sensitive, and finds it hard not to ‘overreact’ when she’s faced with conflict or uncertainty. “My experience at my first employed job was a prime example of my being ‘over sensitive’,” she says. “I was working as a filing clerk at a security company and it was my first week, so I was trying to keep my emotions in check. But as the week progressed, I quickly realised the husband and wife who owned the business were very volatile – at one point the wife threw a heavy folder at her husband in anger right in front of me.”

She continues: “I tried not to cry or get involved but it played heavy on my heart and mind. I thought to myself, ‘Why are you getting so sensitive about a situation that doesn’t involve you?’”

While being highly sensitive isn’t a bad thing, it certainly has its challenges – as both Noyce and Curl have experienced. We live in a world where sensitivity has long been viewed as a bad thing – and as such, people like us are often criticised for showing this part of ourselves. Criticism from others isn’t the only challenge highly sensitive people have to handle, either – when you process things more intensely, the world can be a pretty overwhelming place.

“The impact on a HSP’s daily life can be significant if they have little or no control over their environment,” explains Dr Meg Arroll, a chartered psychologist, scientist and author who works with highly sensitive people as part of her practice. “For example, a busy office with music blaring would make it very difficult for a HSP to concentrate and would likely lead to them feeling overwhelmed, irritable and somewhat depressed in mood.”

But being a HSP can have its benefits, too – something Dr Arroll is keen to highlight. “I believe that now is the time for the HSP,” she explains. “‘Being sensitive’ is no longer an insult, but an invaluable gift. Even before the pandemic we, as a society, were beginning to understand that our noisy, polluted and non-stop world wasn’t healthy.

“I see the HSP as the canary in the coal mine, with the ability to give us important information about how life can be lived with more balance, tranquillity and compassion.”

At the core of seeing high sensitivity as an “invaluable gift” is self-acceptance – something Noyce says she’s been able to achieve after years of struggling with her emotions.

“I’ve struggled with my self-esteem in the past – not feeling good enough and worrying about my over-the-top reactions to things – but now I’m grateful that I have such an intense connection with my emotions,” she says. “Where other people struggle with empathy, I have plenty, and it’s meant that I’ve been able to take care of people and understand their emotions when others haven’t had that emotional, empathetic response.”

Although Curl has had to “push through” her high sensitivity at times, she’s also learnt to see her sensitivity as a good thing – especially when it comes to her career as an entrepreneur. “My sensitive nature has helped me to connect with women in business on a much deeper level, but I’ve also learnt how to stay strong when I need to reach my business and financial goals,” she says.

“My sensitive nature has helped me to connect with women in business on a much deeper level.”

How to cope with being a highly sensitive person

In the past, the world has been pretty averse to sensitive people – but things are changing. Not only are more people learning about the benefits of high sensitivity – just last month, The Guardian published an article outlining why extreme sensitivity could be a strength “in everything from the pandemic to the climate crisis” – but the events of the last two years have forced us all to become more in touch with our emotions, a talent HSPs already possess.

In the meantime, however, Dr Arroll says there are plenty of ways HSPs can learn to navigate the world and appreciate their “superpower” – starting with that all-important self-acceptance.

“Even though society is changing and the stigma around sensitivity is waning, every week I see people stigmatising themselves in my practice,” she says. “Developing a profound sense of self-acceptance is important for HSPs.”

On top of this, she says, there are other practical things that HSPs can do to make life a little easier, such as using noise-cancelling headphones, scheduling regular meetings with friends (because HSPs find it easier to isolate themselves) and using cognitive behavioural therapy (CBT) techniques to reduce anxiety surrounding social situations.

Most importantly, however, she wants HSPs to remember that they have a gift – and appreciate the unique ways in which they see and experience the world. “High sensitivity isn’t something that can be bought or traded, so rejoice in your ability to see the beauty in nature, art, music and your fellow humans,” Dr Arroll suggests. “Enjoy your superpower – you can see and feel things that other people simply cannot.”