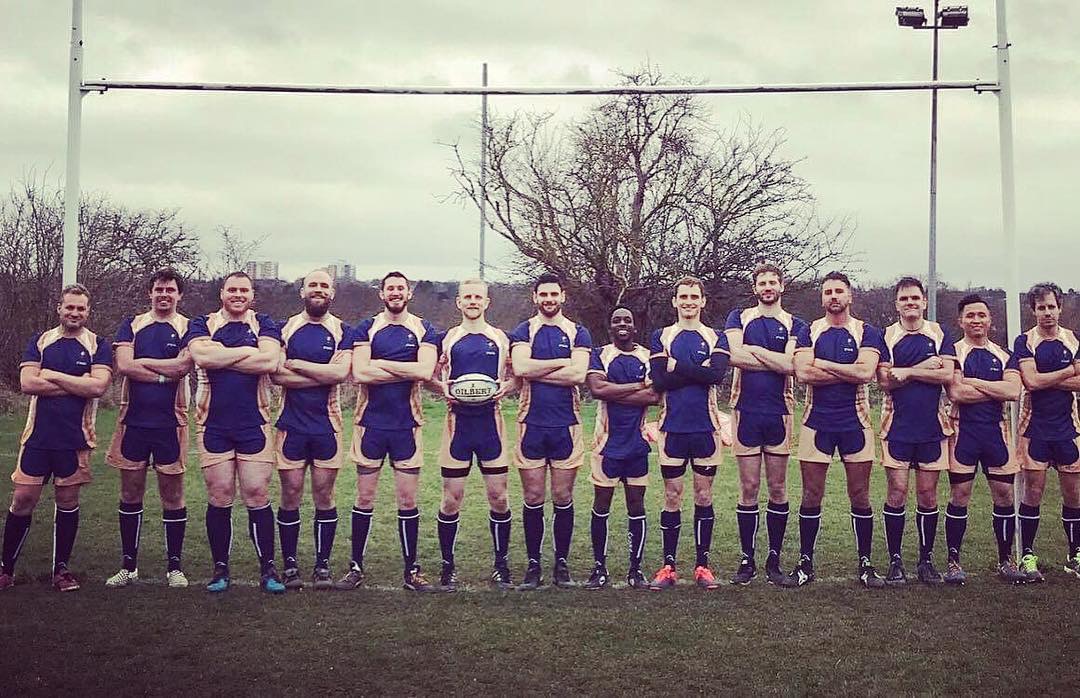 When a friend of mine asked me to join a game of cricket he was captaining in London a few years ago, I said yes but was a little apprehensive.

This was the first time I would play for a team that wasn’t LGBTQ+ since I’d come out as gay 12 years ago, and I knew they’d probably assume I was straight – as is the default, unless I tell people otherwise.

Match-day came, we played well, won fairly comfortably and then hit the clubhouse for some celebratory beers. It came to my round and I ordered a load of half-pints, but there was a hitch.

‘We don’t do half-pints here mate,’ said the barman.

Guys who’ve tried to order a half-pint of beer in a pub will be familiar with this line of ‘banter’. ‘Ah, well we’re all driving,’ I replied.

He shot back: ‘Well alright then, but I’m gonna have to take your picture and put it on the gay wall.’

There it is – that dreaded moment of casual homophobia so common to male sports teams. Do I or don’t I say something?

I looked round at my new teammates to check their response, and was honestly torn over what to do.

Would the captain – my friend, who knows I’m gay – say anything? Would anyone else? I didn’t want the comment to slide, but looking around, I knew what challenging it in that environment could mean.

I shared a knowing look with my friend and felt the unspoken judgement about how to deal with the situation.

This is just one example of why I love playing for LGBTQ+ sports clubs. These difficult moments just don’t happen. I don’t have to ‘come out’ and worry about what response I’ll get. I’m not ‘the gay one’. I also don’t have to explain or justify why my husband is much older than me because there are other people just like me in the club – my teammates have seen it all before. Most importantly, I don’t feel judged.

LGBTQ+ sports teams are an important sanctuary for people like me who love sport but who don’t necessarily feel comfortable in a standard team.

In fact, I stopped playing cricket and football when I moved to London from Leicestershire for this reason, and only started again when I discovered that these teams exist a year or so later – I was chatting to someone in a bar about golf, another sport I played, and he asked me if I was aware of the gay golf society.

I wasn’t, so immediately looked them up and made contact through their website. I then thought if there’s a gay golf society there must be a gay football team and a gay cricket team as well. To my delight, there was, so I signed myself straight up.

I’ll never forget my first training session with Graces Cricket Club at Lords. I wasn’t quite sure what to expect given the stereotyped views of gay men I was still harbouring at that time. What greeted me was a group of strikingly normal, welcoming people, all talented cricketers in their own ways and all part of the LGBTQ+ community. It was that knowledge that made all the difference, without it ever being said.

Our presence there said all that needed to be said in that respect. This made a profound difference to my sense of belonging and ease. I had no secrets there. I had no fear. I felt at home, like I belonged.

It’s that sense of belonging and kinship with these other like-minded people that has kept me going back for over a decade now, and taught me how important sport was to my mental health, and how much richer my life is for it.

As well as finding my own sanctuary in the inclusive sports teams, another motivation for me is that by existing, I know that we’re changing perceptions of what it means to be gay.

In the absence of a very small handful of publicly gay elite sportsmen in cricket, football or rugby union, it’s not surprising that there is a perception that gay men don’t do sport. Indeed, when I first came out to a close friend, they responded, ‘you can’t be gay you’re too sporty’.

There are few greater joys than beating a club we haven’t played before – knowing they were expecting an easy win because we’re LGBTQ+. Being hammered in any sport by a team made-up primarily of gay men challenges perceptions far more than any awareness poster could do.

Therefore, you can imagine my excitement when not long after the pub incident, I saw a casting notice for a new film called In From the Side (or In from Behind as my hilarious straight friends like to call it) land in my inbox.

I saw in the script, written by Matt Carter (a gay rugby player himself) and Adam Silver, a compelling story of friendship and belonging, love and lust, all set in the context of a gay rugby club.

At last, a British film about a gay sports team that would present gay men in a new light, in a film that isn’t full of shame and angst about sexual identity, discrimination, or coming out.

Here was a group of men who loved rugby, played rugby, and who were gay. This was a film I not only wanted to be in, but a film I wished existed when I was a teenager coming to terms with my own sexuality, feeling utterly alien in the world.

I auditioned and was given the incredible news that I had a part in the film as Jimmy, the team captain. It was shot over six weeks in the dark and cold depths of January and February 2019. It was a gruelling experience, but the camaraderie that developed amongst the lead cast, a mixture of gay and non-gay men was really beautiful, with the non-gay members of the cast fully embracing the dynamics and principals of an inclusive team. We’ve remained firm friends ever since.

In From The Side had its sold-out World Premiere at the 2022 BFI Flare Festival in March and is due to go out on full cinematic release later this year. It’s my great hope that this film will reach a wide global audience, presenting an alternative insight into homosexual life that will go some way to change perceptions and perhaps even encourage more sportsmen to ‘come out’.

I hope it will raise awareness of the existence of inclusive sports clubs and increase participation. I also hope it will provide comfort and hope for anyone struggling to come to terms with their sexuality by showing a side of homosexual life that is built on sport, friendship and togetherness rather than angst, fear, and other more typical settings for gay stories in the media.

And in case you were wondering, the moment with the barman after my friend’s cricket match was regretfully left unchallenged.

I finished my half-pint and returned to Grace’s Cricket Club with a renewed sense of pride and appreciation.