I’ve never felt particularly good at dating. It seemed to me like everyone was "better" at it. But as I’ve gotten older, I’ve worked toward becoming a more confident, self-loving human, and welcoming whatever opportunity for love may come my way. Since I began quarantining during the coronavirus outbreak, I figured dating would have to be on the back burner for now. But Here/Now’s virtual singles’ mixer changed that.

Here/Now is a company that curates gatherings of single people, typically in New York and Los Angeles. As of mid-March 2020, the mixers have gone virtual. I attended one of the company’s events in Manhattan last year (when Here/Now was previously known as Perchance). The evening was fun! People were nice! There was free wine and lots of cheese! At the end of the night, everyone filled out an online survey to indicate who they were romantically interested in. If you received a match, you’d get an email. I met a guy I quite liked that night, but I didn’t get any matches. At first, I felt rejected in an entirely new way, but then I remembered how much I enjoyed the night anyway. I put myself out there in a new way and I ate a ton of cheese. It wasn’t a loss.

When Here/Now switched to virtual events, I jumped at the chance to attend. Historically, I haven’t had the best luck with dating apps, and I’m not going to meet anyone in my new daily commute from my bed to my refrigerator. So I welcomed the opportunity for connection and distraction. My seat for the virtual singles’ mixer.

On the morning of the event, I woke up excited that I had some kind of social plan for the evening. For the first time in 14 days, I put on clothes instead of pajamas. I put on red lipstick and felt about 68% more alive than I’ve felt all March. I felt like I was getting ready to go on an actual date. I had not seen another person in real life for 15 days, so even though this mixer was online, I still felt grateful.

At 7 p.m., I joined the mixer on Zoom. There were 15 faces: 12 singles (myself included), plus three people from Here/Now who would facilitate the event. There were a few rules. Like always, Here/Now asked that we didn’t talk about work. But this time around, we were also not allowed to discuss quarantine living. The organizers asked each of us to bring an item that represented our personality. We were also told to make ourselves a drink; Here/Now was kind enough to send us a coupon for a wine delivery service. I, an abundantly sophisticated individual, poured White Claws left over from February into a wine glass with a straw. I was already having a pretty grand Thursday.

To break the ice, we each shared a few words about our items. One woman talked about a beautiful photo she took when she traveled to Namibia. Two men shared books that meant a lot to them. I offered up my New York Yankees lawn gnome named Derek (of Derek Jeter fame!), which says everything you need to know about me. 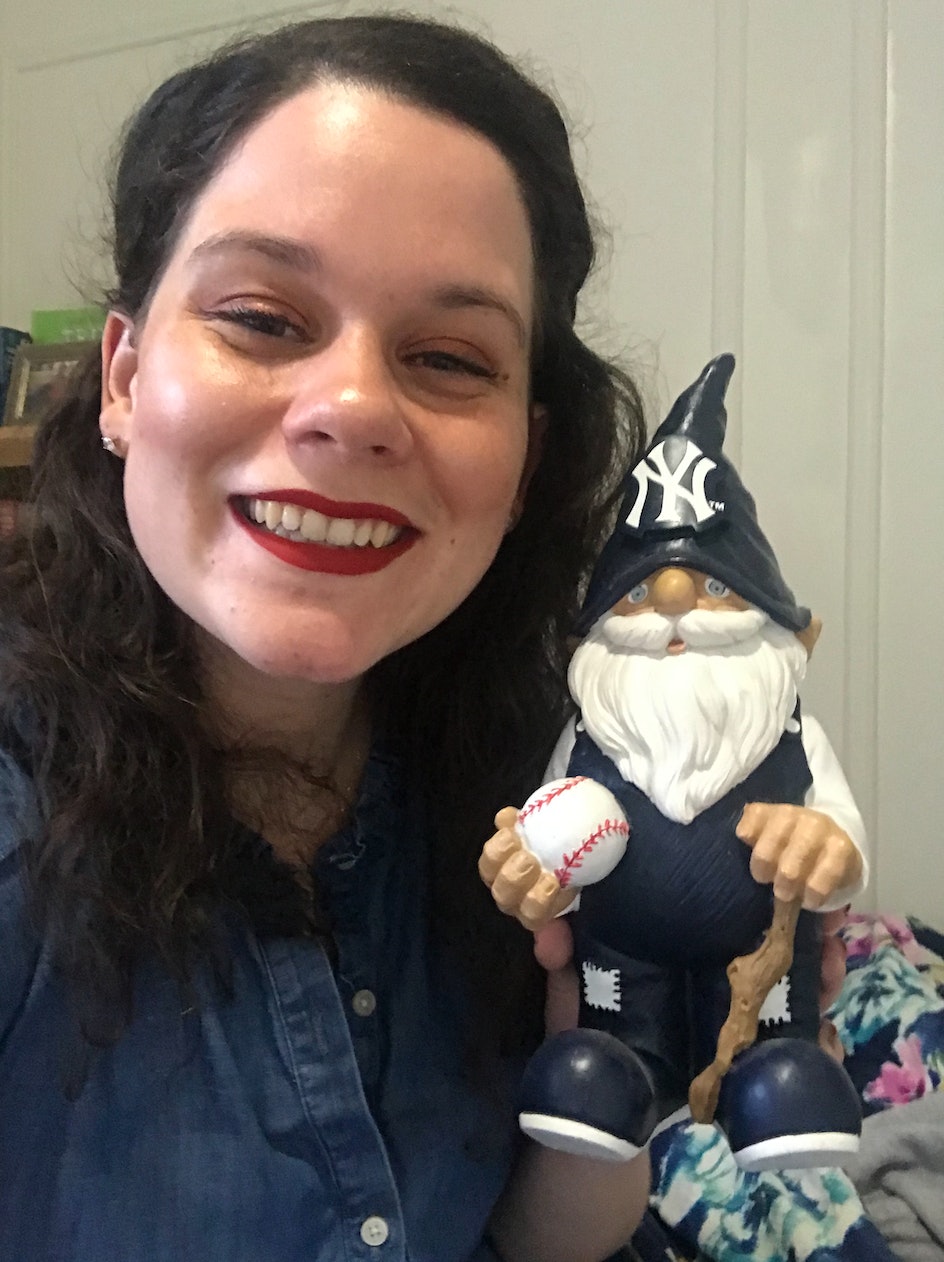 Next, we were placed in a series of conversations. Each round, whether it was a group (four screens/four participants) or one-on-one (two screens/one man to my gnome-loving self), had a prompt. They included:

The facilitators noted that they designed thoughtful questions to get us talking about things that mattered to us. One question prompted a conversation about books with a man wearing a hat the size of a newborn baby. In a group discussion, I heard a guy say he loved the Mets. That’s a terrible life decision on his part, but I was immediately excited to be chatting with someone who cared about baseball as much as I do. He was attractive and sweet, so naturally, I told him my most endearing quality is that I snort. Truly, it’s what all men are dying to hear.

I was genuinely surprised that the Zoom setup didn’t feel awkward at all. Attraction bloomed even over screens. The entire event flowed well, and I don’t know how Here/Now does it, but they always seem to find people who are kind and offer great conversation. At the end of the night, I filled out the survey to indicate attraction to both the hat man and the Mets fan. I didn’t match with either, but I did match with a kind man with a beautiful beard who talked about how excited he was to be an uncle for the first time. All in all, I had a great night.

This event was a great way to offset the intensity and loneliness that can accompany social distancing. It gave me the opportunity to put on makeup, meet new people, and — even if it was just an hour — feel a little bit less alone. These are strange and unfortunate times, but I hope they bring possibilities and magic we wouldn’t have otherwise experienced. 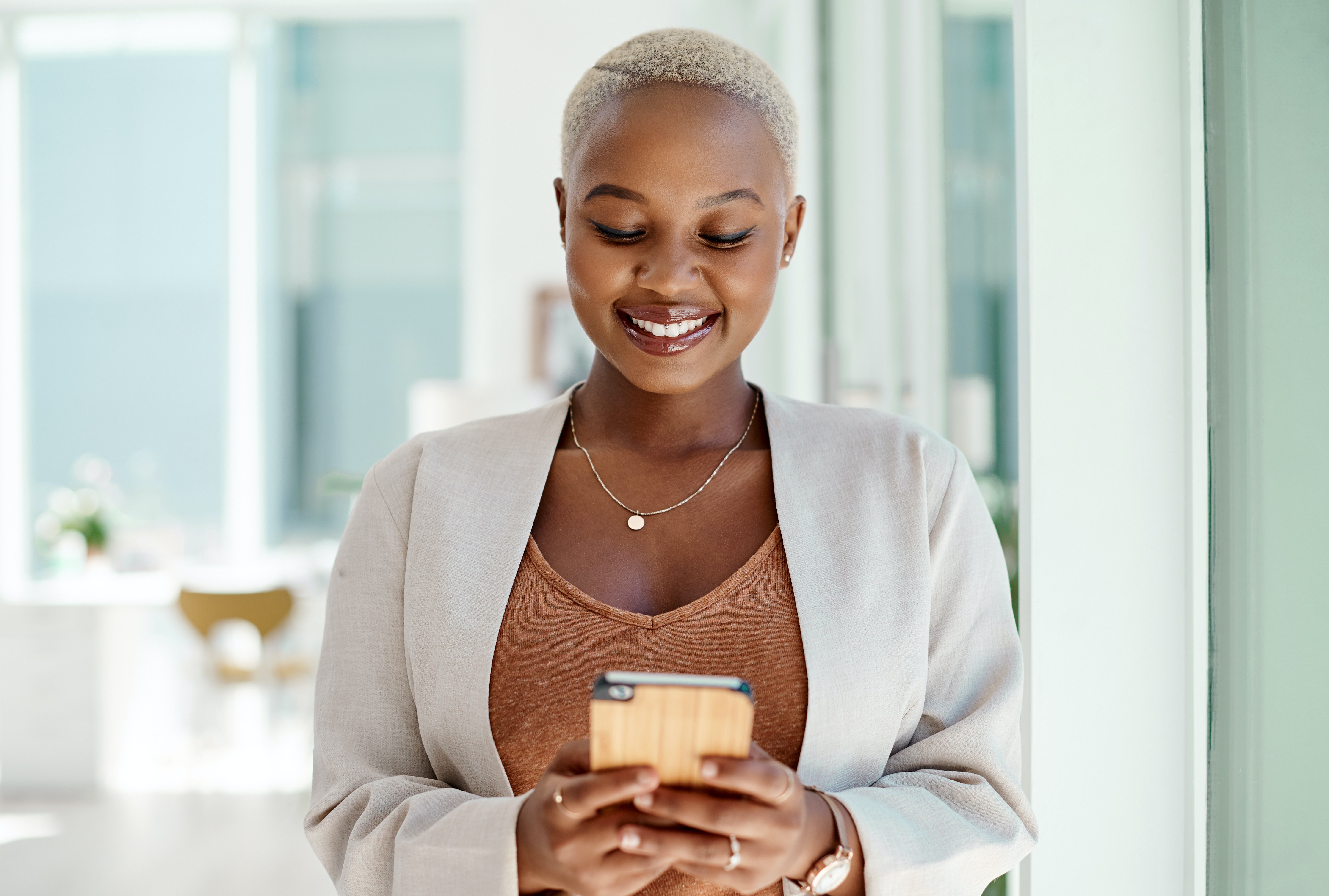 15 Tinder Bio Ideas To Use During The Coronavirus Outbreak