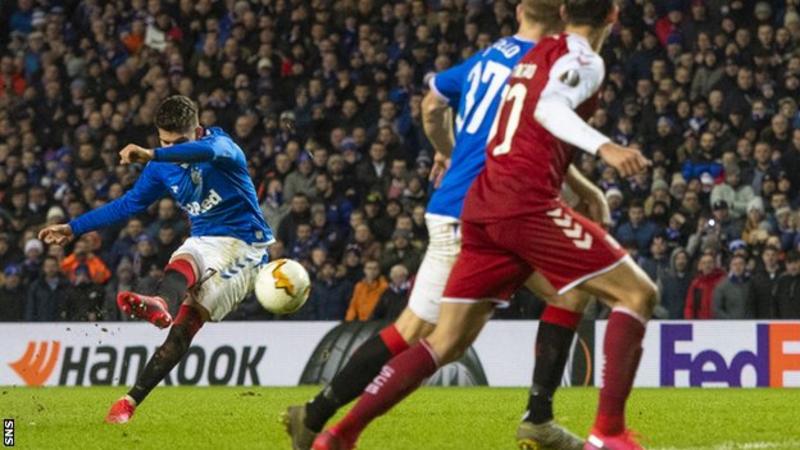 Ianis Hagi says he rebuffed interest from other clubs to secure a permanent move to Rangers.

The Romania international, 21, has signed a “long-term” deal after Rangers negotiated their option to buy the RKC Genk winger for an undisclosed fee.

Hagi, son of Barcelona and Real Madrid great Gheorghe Hagi, scored three goals in 12 games after moving to Ibrox on loan in January.

“My priority was always to return to Glasgow and play for Rangers,” he said.

“I am excited about re-joining the squad for pre-season and putting on the famous shirt once again.”

Rangers sporting director Ross Wilson thanked Belgian top-flight side Genk – who signed Hagi for £4m from Viitorul Constanta of Romania last summer – for their “flexibility and creativity” in negotiating the transfer to Ibrox.

“We have worked with Genk to find a new solution that works for everyone now, given how much the world has changed in the last few months,” Wilson said.

“We are sure our investment in him will be an effective one as we believe in his ability now whilst also being excited that at 21 years old there is significantly more development to come from him.”

Hagi impressed in his short spell at Ibrox before football in Scotland was suspended on 13 March. The playmaker, who has 10 caps for his country, notably scored a double to inspire Rangers’ thrilling 3-2 comeback win over Braga in the Europa League last 32.

Manager Steven Gerrard welcomed Hagi’s permanent signing and said: “I was able to develop a relationship with Ianis very quickly, he is a pleasure to coach as he is willing to learn and become better every training session.

“He has already experienced the pressure and expectation of Ibrox, I know he is ready for next season.”