ICELAND is now selling Greggs steak and chicken pies – and you can whack them in your freezer.

Fans can grab the treats from Iceland shops and The Food Warehouse stores from tomorrow, October 13. 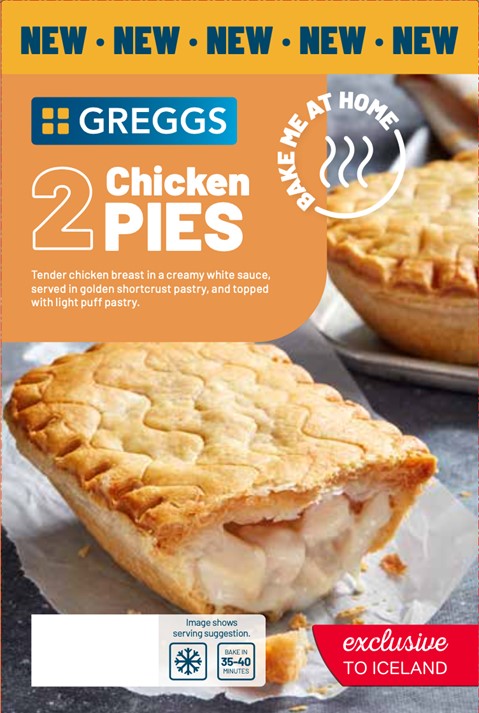 You'll get two pies in a packet, with both the steak and the chicken pies costing £3 for a box.

The steak pie contains puff pastry covering a steak filling, while the chicken pie contains a creamy chicken filling covered in pastry too.

Greggs will sell the pies in its own stores from next week – so you'll be able to head to a branch soon to bag one.

Meanwhile, you can buy the treats in stores and online at Iceland.

To find where your nearest Iceland store is, use the supermarket's online tool to track it down.

Fans will spot that the pie is similar to Greggs' steak bake – a firm favourite among customers.

It includes gravy and diced beef wrapped in puff pastry.

It's not the only Greggs item that Iceland sells.

Customers can pop boxes of vegan sausages rolls and steak bakes in their trolleys too.

You get four sausage rolls or two steak bakes for £2.50.

It comes as Greggs has announced plans to open a number of drive-thru bakeries across the country so Brits can grab their treats on the move.

The new drive thus are set to be established in Yorkshire, Slough, Kent and Stoke-on-Trent.

It would follow the opening of drive-thrus in Wales and Cumbria earlier this year.

The chain has also revealed its autumn menu and it includes a sticky toffee muffin and pumpkin spice latte.