BENEFIT rules have recently changed and you could be asked to apply for a job that's different to your previous experience.

If you don't then your Universal Credit payments could be reduced or even stopped altogether. 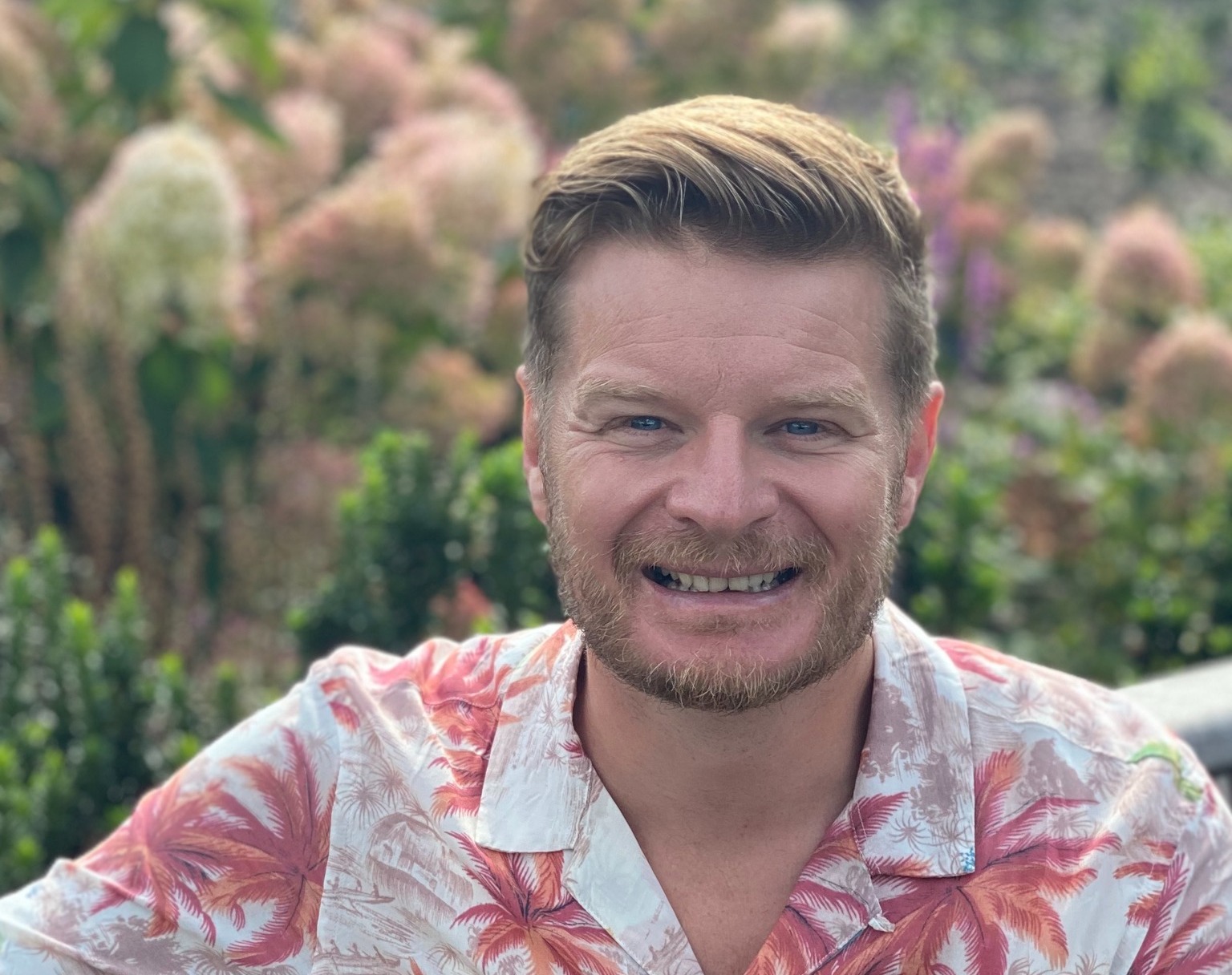 We spoke to benefits expert Lee Healey, who told us what the change means for you – and how you can avoid sanctions under the new rules.

Lee has worked for years in welfare advice and runs the social enterprise IncomeMAX, which works with people to maximise their income.

This ranges from checking they are getting all the benefits they are entitled to and debt management.

What are the new Universal Credit rules and why have they changed?

The government announced the new rules in January and they came in from February 8.

Lee told The Sun: “Someone previously would have been able to claim Universal Credit and get a little bit longer to look for a job within their own sector or profession. Now you're only going to have four weeks."

Previously Universal Credit claimants had up to three months to look for work in the area they were trained in or were working in before. 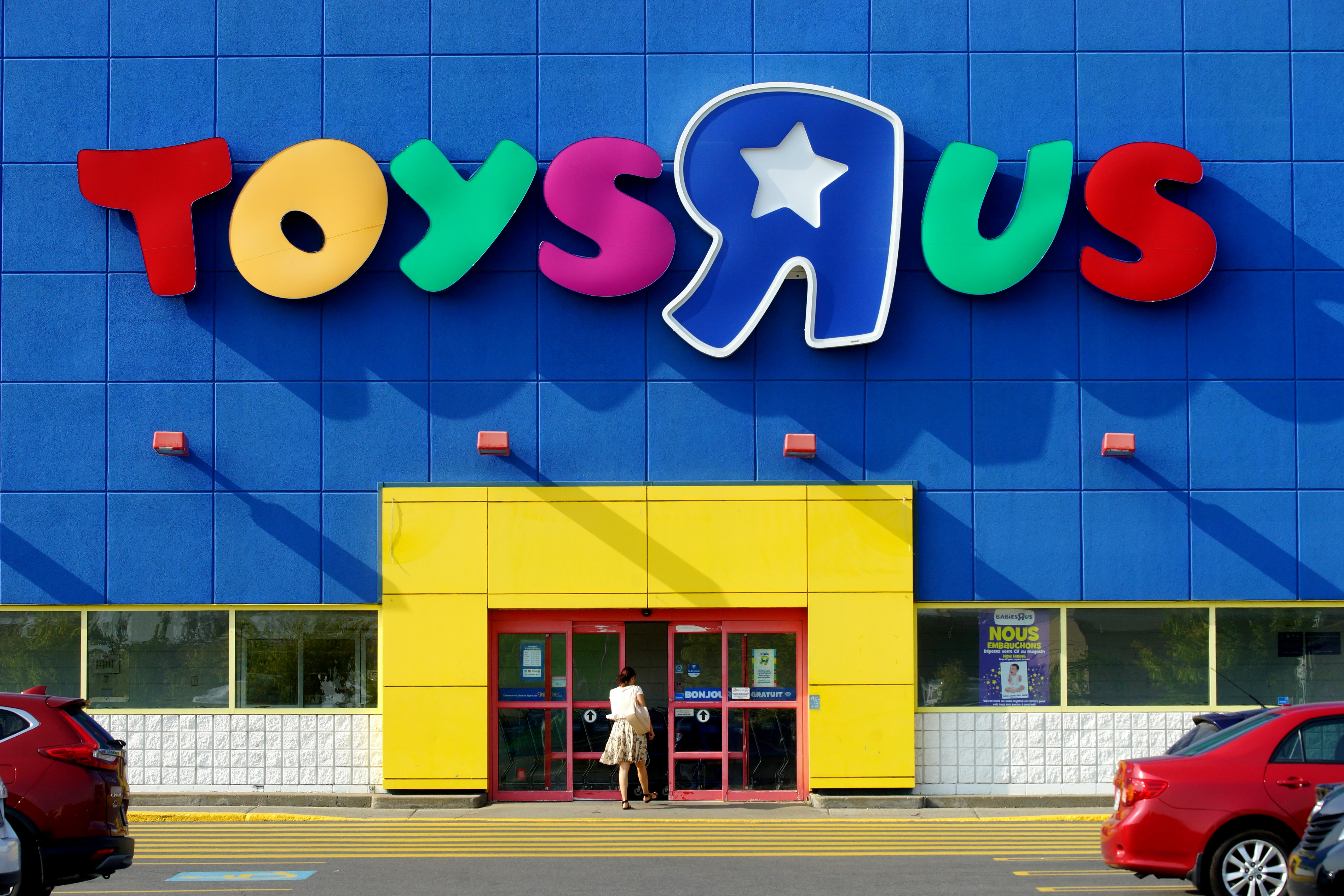 Toys 'R' Us to RETURN to Britain's high streets 'within months' 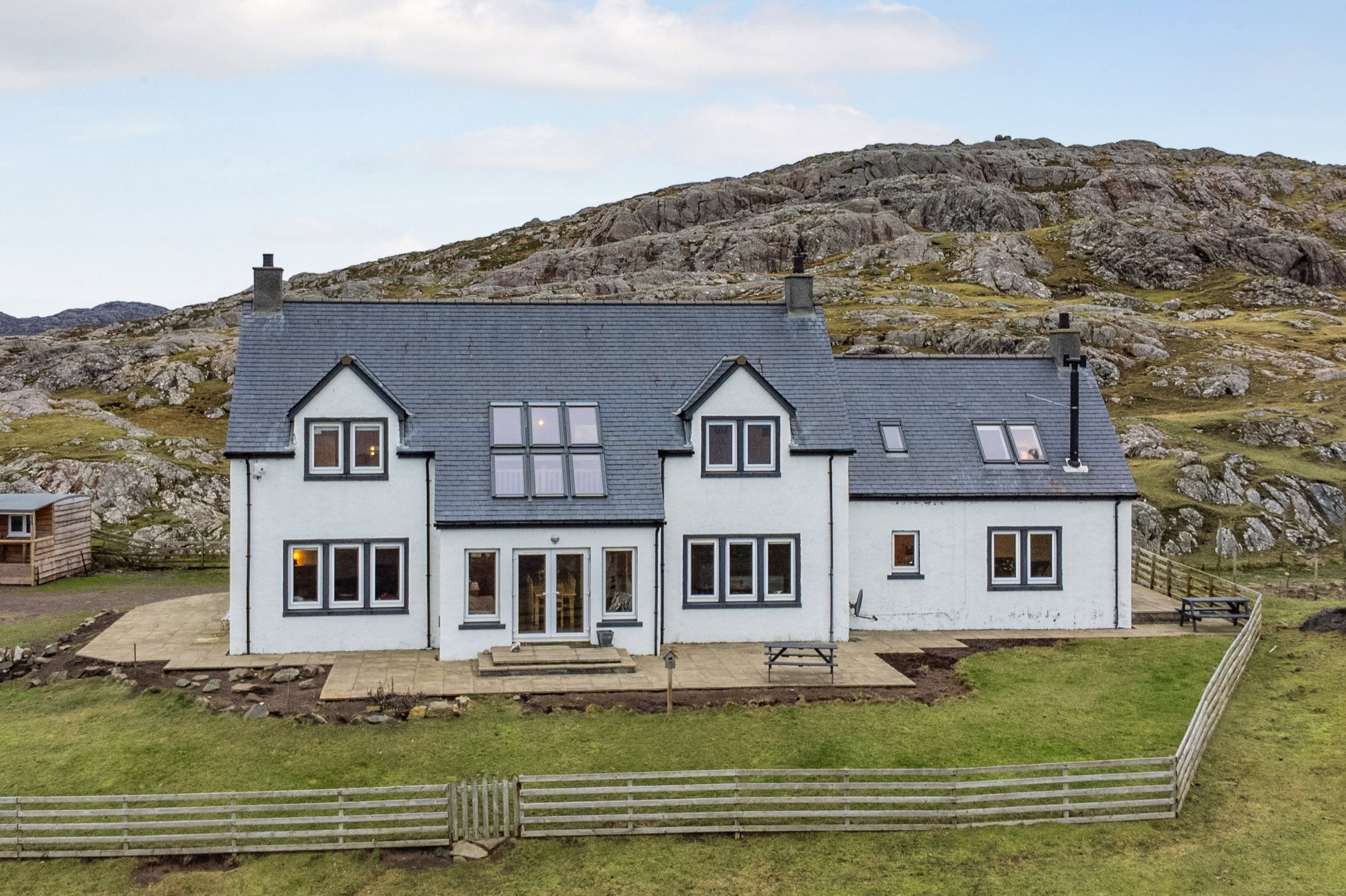 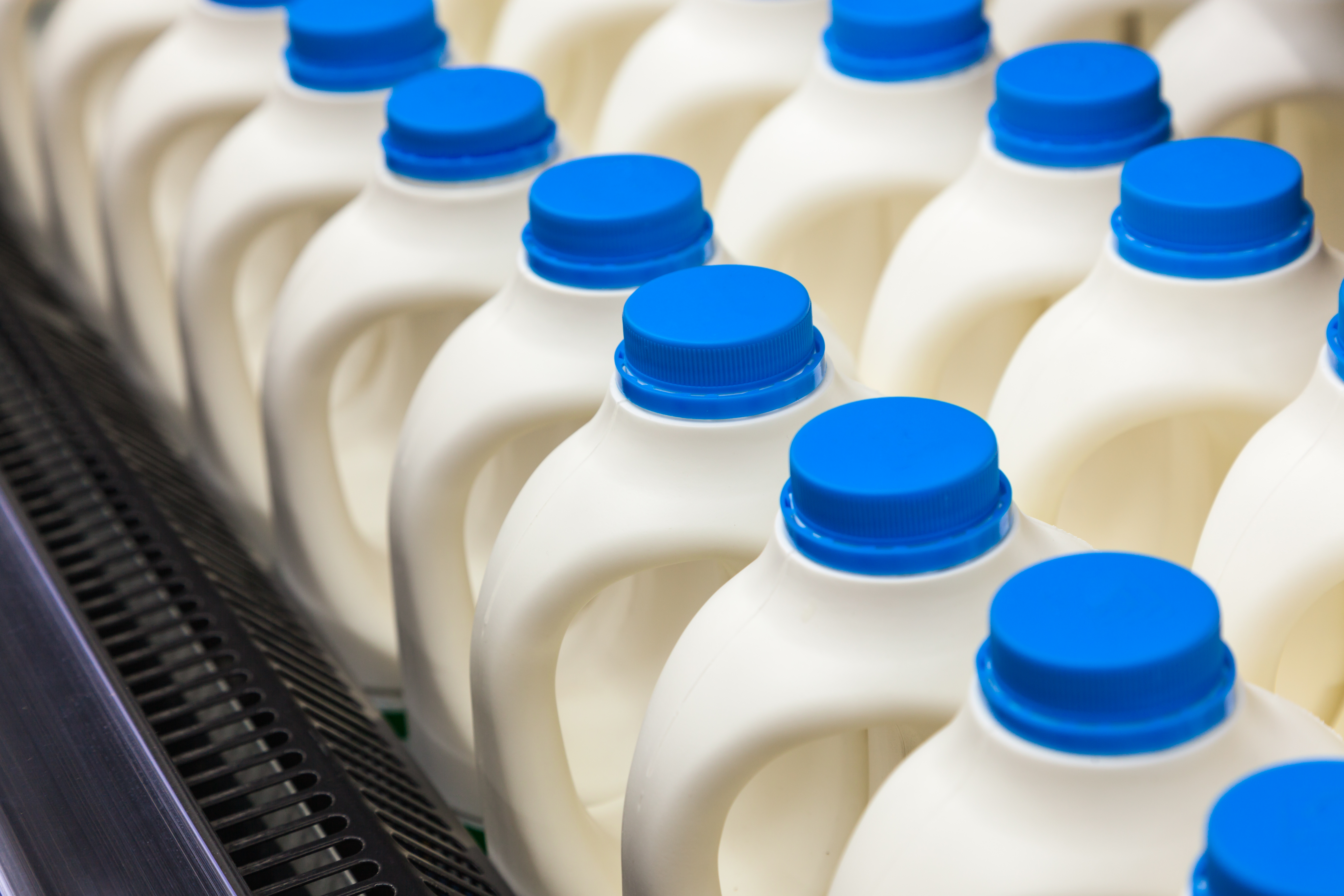 How to get free milk from Iceland, Tesco and other supermarkets 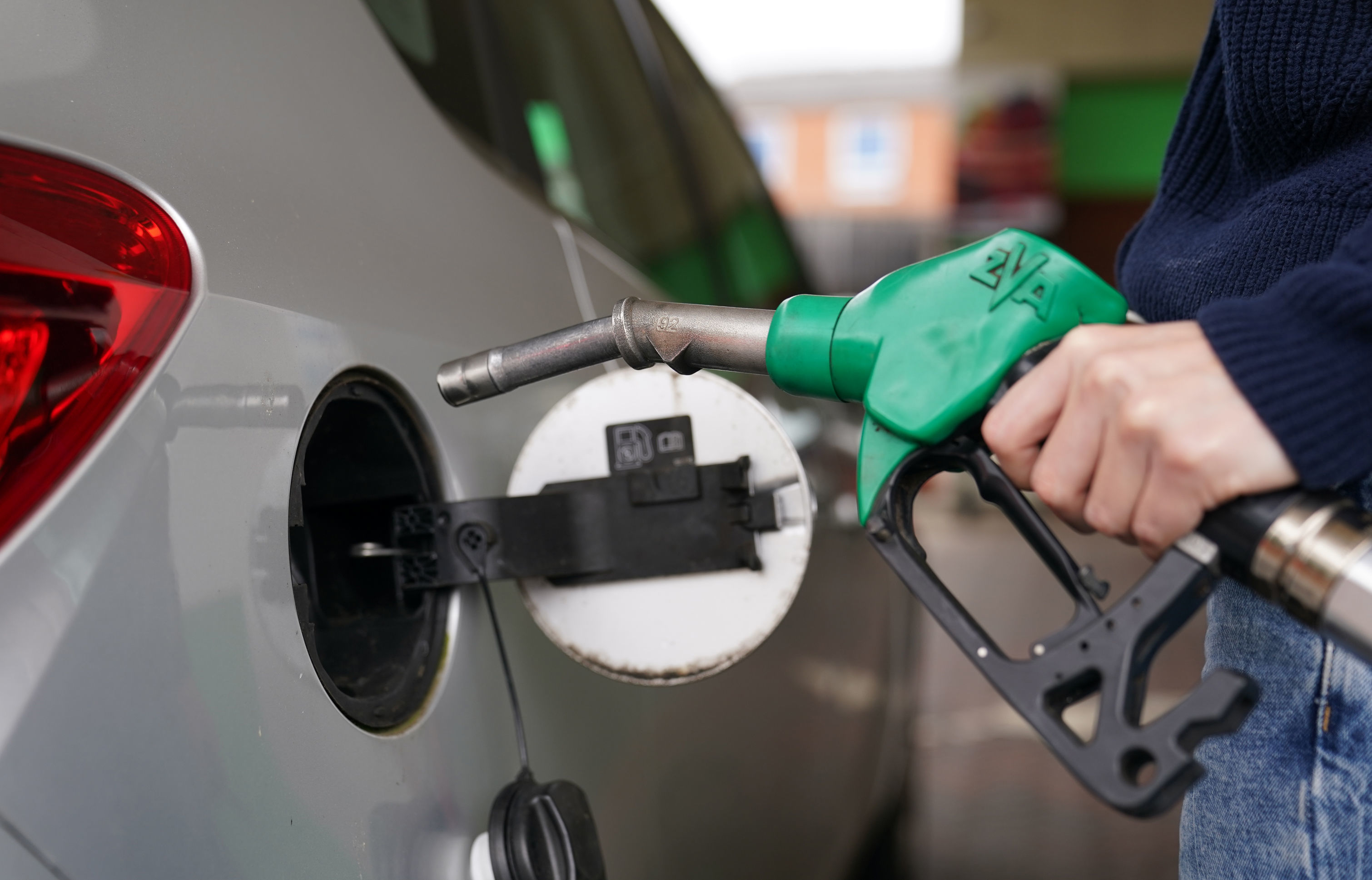 Lee said: “The government wants to get 500,000 people into work by the end of June in order to – as they have said – turbocharge the national recovery from Covid.

“The idea of Way to Work as it’s called, is to rapidly fill vacancies, and there are a lot of jobs going at the moment, and a lot of skill shortages."

There are currently 400,000 vacancies in pubs, restaurants and bars, new figures reveal, while a lack of HGV drivers last year contributed to shortages on supermarket shelves.

Other areas with a large number of vacancies range from social care and construction, to warehouse and logistics to jobs in digital and technology.

That means that if you've got a particular profession and you really want your dream job, or if there’s a job that you've been doing for a long time, unfortunately you're only going to be able to look for work in that sector or profession for four weeks.

Lee said: “After that, you're really going to have to take any job that the DWP deems to be suitable for you. That will be laid out within your claimant commitment,” he said.

You won’t be expected to do a job that is completely out of your skill set, but you’ll have to “broaden your search activity more quickly into suitable jobs in any sector that they are capable of doing” the government said.

How do the new Universal Credit rules affect me?

Your claimant commitment should help you better understand how this change applies to you, but if you;re not clear, speak to you work coach in the first instance.

Lee said: “The claimant commitment has always been there, that’s not new and it details what steps people need to take to move into work. What those commitments are will depend on your situation and your circumstances."

So although you will have to look for work earlier in different areas than you are used to, it won’t change other parts of your job search.

So for instance if you have childcare responsibilities and can only work part-time, you won’t be expected to take a job that’s full-time under the new rules.

Lee said: “Not everyone is actually governed by the same time and commitment or have the same responsibilities.

“So obviously things like disabilities and health issues could mean that you have limited capability for work.

“Really this affects people that have a claimant commitment to look for work and take on more work.”

Anyone who thinks their claimant commitment isn’t correct, or doesn’t suitably reflect their circumstances should speak to their work coach, and seek outside help if necessary.

You can put notes in your journal and challenge decisions if you think they are wrong.

Lee said: “You need to make sure that the claimant commitment that you're signing up to, which is effectively your responsibilities for claiming Universal Credit and receiving financial support, that you're absolutely okay with it.

“Check that it covers your own personal situation, in line with the rules and get some independent advice if you feel like you're struggling with the commitments that DWP are asking of you.

“So for example, we do sometimes meet people that are really unwell, and are having problems with all of these commitments, but actually, it's because we need to stop them having such a strict regime and we need to help them undertake the limited capability for work assessment.”

You can get advice and support, including appealing a decision, for free from organisations like Citizens Advice and Benefits and Work.

Don't be afraid to reach out, do your research online and make some phone calls, Lee said.

What happens if I don’t take another job after four weeks?

If you are asked to take a job outside your usual realm, and it’s within your claimant commitment, unfortunately it’s something you’re likely to have to accept – or you could have your payments reduced or even stopped altogether.

“There’s always been this rule but they’ve just reduced the time. If you were out of work long term, you would have been hit by this eventually," Lee said.

“The Job Centre is able to sanction you, which is reducing or stopping your benefits if they feel that you're not meeting all of the responsibilities that you've signed up for in your claimant commitment.”

How much you can have taken from your Universal Credit claim depends on what you've done – or not done as the case may be.

In some cases the standard allowance of your benefits can be stopped altogether.

Sanctions only apply to this standard allowance of your claim. Any housing or childcare elements will still be paid.

How long your sanction lasts depends on these categories as well as the number of previous failures within a year.

You can find out more about sanctions in our guide.

Is there anything I can do if I have to take a job in another area and I'm unhappy with it?

Lee recommends talking with your work coach about the kind of jobs you are willing to take in other sectors.

If you say there's one area you particularity don't want to work in, but there are 10 others that you are, they can help guide you towards these ones, he said.

Lee said: “For some people, it could potentially be quite upsetting or stressful to be asked to take on a job outside your normal profession if you've spent years training or studying or working in a particular sector.

“But it doesn't stop someone working with a job coach to get into the job that they really want or accelerating their search.”

So just because you are accepting a job that may not be your ideal position doesn’t mean that you'll be there forever.

You can continue looking for a job that better suits you, do training to get there plus see if there is the opportunity to move within the company, for example.

Lee said: “DWP are really committed to providing support around this. They have just extended their programme offering intensive training and while staying on benefits as well.

“If you are in a job, ask what the progression, training and qualification opportunities are as well from your employer.”

It could also use it as an opportunity to switch careers.

What if the job pays less than I’m used to?

If you’re worried about taking a job with lower wages you might be able to get in your usual area of work, other help on top too,Lee explains.

“Don't forget Universal Credit can continue to be paid. If you move into a job that's perhaps a little bit lower paid than it was previously, Universal Credit is able to adjust in order to top you up.”

“People shouldn't necessarily always feel like they will be worse off by taking on a job because DWP can still pay you Universal Credit, which can include help for rent too, and council tax help is also available separately from local councils.”

“Then Personal Independence Payment or claiming the limited capability for work element with Universal Credit can also make a huge difference to people."

“It always helps to get benefits advice so you don’t miss out on help like this you might be entitled to.”

It's estimated millions of Brits are missing out on free cash because they are not claiming benefits they are entitled to.

A benefits calculator is a really useful tool to help you check.

Before using the tools, make sure you have key financial information to hand, such as bank and savings statements, and information on pensions and existing benefits.