Star Wars will always be big; at least for the foreseeable future. But the last year has been really big for the franchise. With the debut of The Mandalorian and the Baby Yoda fever that followed, to Episode IX: The Rise of Skywalker creating more flurry than imaginable, the Force was strong with fans. And don’t forget the final season of Star Wars: The Clone Wars. But before any of those premieres, Jedi: Fallen Order came out in October. The EA Star Wars game was the first original video game in a while, and it was super successful. Now, it might even be the start of a massive era for fans. 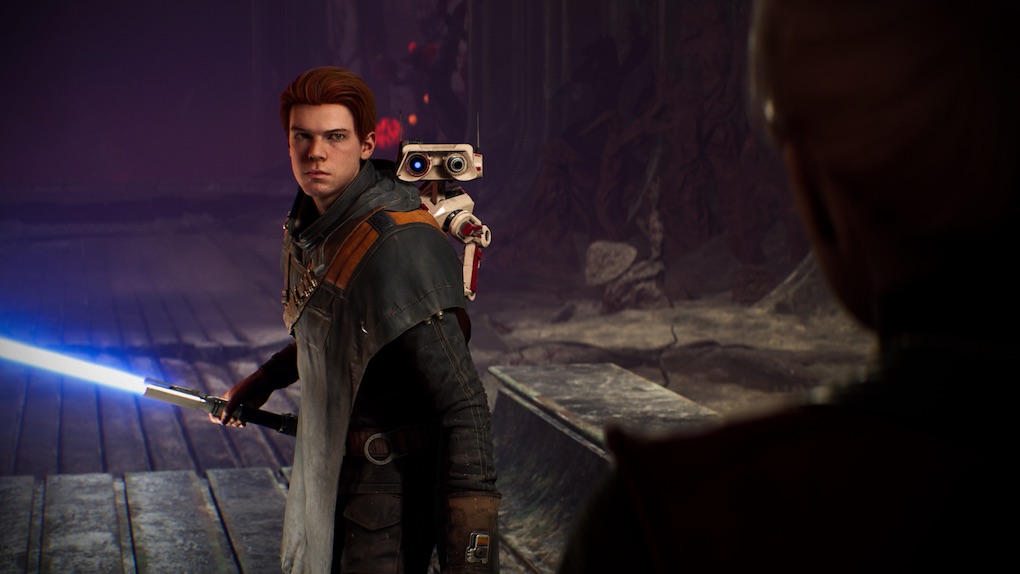 EA confirmed that ‘Jedi: Fallen Order’ is the start of a ‘new franchise’

IGN reported on May 6 that EA CEO Andrew Wilson talked about the future of Jedi: Fallen Order in an earnings call. He said this game is the “first title in an entirely new franchise” and “suggested” that more games are coming, including a possible sequel to Jedi: Fallen Order. That last part wasn’t confirmed, but it’s bound to happen if the game is the start of such a big portion of Star Wars.

Matt Martin, the creative executive at Lucasfilm Story Group, tweeted out a gif of Mr. Burns from The Simpsons saying, “Excellent.” And any fan of the game — there are many — are likely feeling the same. Rumors of a sequel for Jedi: Fallen Order have circulated for a while, because of its success and the main character of Cal Kestis being well-liked. Also because the company behind the game, Respawn, is hiring some more Star Wars-related positions.

The game sold really well. As IGN reported, Jedi: Fallen Order sold around 10 million units and was originally projected to sell 6 to 8 million. And it makes sense; the game was the first single-player story game in a while from EA Star Wars video games. It gave fans excellent new challenges within a great time period in Star Wars.

In October, Showbiz Cheat Sheet was able to go to a preview event for the game before its November release and speak with one of the game’s writers, Megan Fausti. She said that this part of the franchise, which takes place five years after Revenge of the Sith and Order 66. Cal Kestis is the main character and he was a young Padawan at the time of the Jedi Purge. He’s been hiding ever since.

This dark era of canon was intriguing to their team because there “hasn’t been a ton of canon content for this particular time frame,” Fausti said. “I think we just really wanted to explore the dark times of Star Wars. [It’s] quite exciting, and we really wanted to see what that would look like to be a Jedi when the Jedi are being hunted.”

Cal, played by Shameless and Gotham’s Cameron Monaghan, is also a great addition to canon, not just the game. He has been hiding out until the Empire stumbles across the fact that he’s a Jedi. Then he’s set out on a journey with some new friends and makes more on the way. The game is a series of giant puzzles and mysteries, on top of amazing combat and duels the players have to accomplish.

“Cal was tough,” Fausti said about creating the former Padawan. “Of course, that would be true of anybody who has this sort of background that he does… For someone who’s experienced all that trauma, getting them back to a place where they’re confident, where they’re hopeful is a challenge.”

Cal also has a rare Force ability, even among skilled Jedi: Psychometry. It means Cal can glimpse into an object’s past and hear who’s touched it and vaguely what’s gone on. It really helps move the story along and delivers more clues to players when trying to figure out a new mystery or the history of a new place.

“We wanted to make sure that what we were doing was unique and interesting and told its own story that could stand alone if you had not experienced a lot of additional Star Wars content,” Fausti said. With a new franchise or era coming to Jedi: Fallen Order, it’s safe to say that it definitely did that.