British billionaire Sir James Dyson has unveiled the sole prototype of his company’s electric car that was cancelled for being ‘too risky’.

The aborted ‘N526’ Dyson electric car, which Dyson piled £500 million of his own money into before pulling the plug, is a 16-foot-long seven-seater, electric SUV.

The 2.6 tonne-vehicle features an aluminium body, quiet-running tyres and quick-charging battery cells that would have provided enough power to drive 600 miles on a single charge.

Dyson, who has an estimated wealth of £16.2 billion, said his engineers had developed a ‘fantastic electric car’ but that it wouldn’t be able to make money.

The car, that was supposed to go on sale next year, would have needed to be sold for at least £150,000 per unit for the company to break even. 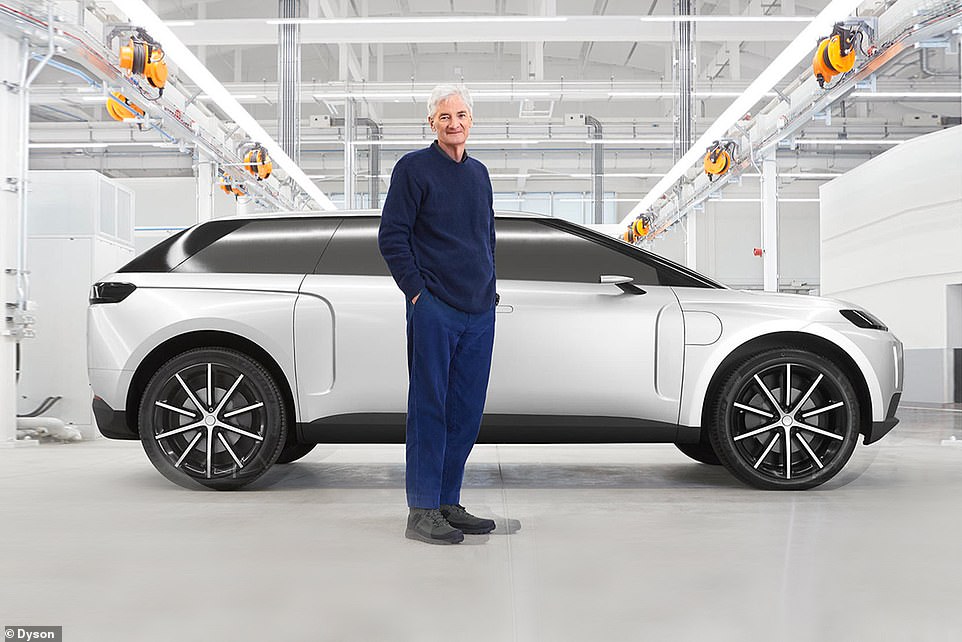 Sir James Dyson, the richest man in Britain with an estimated wealth of £16.2 billion, standing in front of the supposed Dyson car prototype

‘Electric cars are very expensive to make – the battery, battery management, electronics and cooling are much more expensive than an internal combustion engine,’ he told the Times at the company’s research centre in Wiltshire.

‘It was not a vanity project at all – when we started in 2014 we had good technology and a very efficient car with a long range.

‘It was viable, but when, later, other companies started producing electric cars at a loss, it became too risky for us.

‘There’s huge sadness and disappointment. Ours is a life of risk and of failure – we try things and they fail. Life isn’t easy.’ 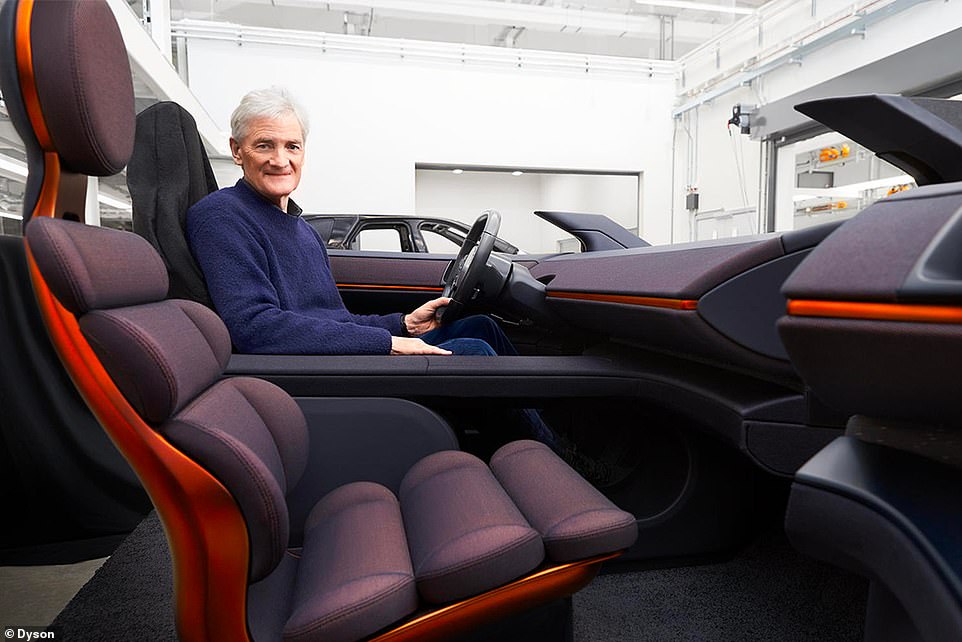 The car has three rows of seats, seating seven in total, that are aimed to cut out back pain for its passengers. James Dyson said the design differs from armchair-style seats in other cars

The model, currently sitting under dust sheets at the company’s centre in Hullavington, Wiltshire, features a slick white exterior shell and three rows of racing-car style reclining seats on the inside.

In front of the driver’s seat, key dashboard information – including speed dial and sat-nav instructions – floats like a hologram so the driver ‘never has to take their eyes off the road’.

Round headrests give each of the ‘firmly upholstered’ seats the look of a lollipop, according to the Times, with a perfectly circular head rest.

Dyson said: ‘I hate those armchair-style seats that you sink into, because there’s never enough lumbar support and you get back pain.’ 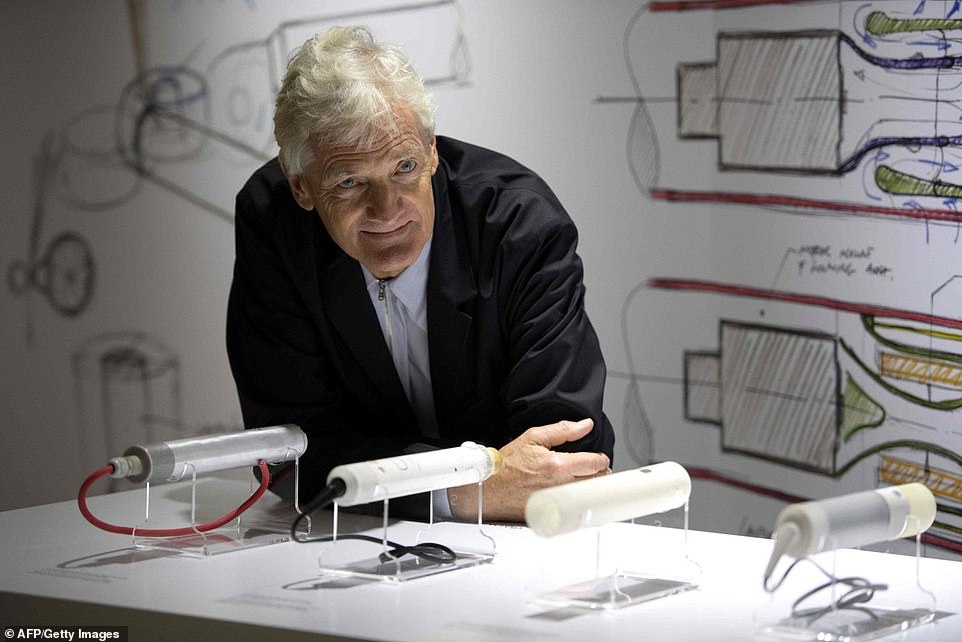 Batteries have three main components – the anode, cathode and electrolyte.

This electrolyte is typically a chemical that separates the anode and cathode and moves the flow of electrical charge between the two.

The charge is created by chemical reactions on the electrodes and the majority of batteries found in phones and EVs.

Li-ion batteries use a liquid electrolyte and because lithium is a highly-reactive element it stores a large amount of energy.

But this liquid electrolyte is often flammable and has been blamed for batteries bursting into flames when overheated, for example.

Dyson’s SSBs are based on the same Li-ion technology but replace the liquid electrolyte with a coating of non-flammable metal.

This makes them safer for the consumer and the environment, more robust – liquid electrolytes can be easily damaged – and ab;e to be used at higher temperatures.

The four wheels are bigger than on any other mass-produced model on the market, at around three foot, and include quiet-running tyres that ‘give low rolling resistance for economy yet excellent ride’, said Dyson.

One of the car’s main selling points is its solid state lithium ion batteries, developed by subsidiary Sakti3, which Dyson acquired in 2015.

Solid-state’ batteries (SSBs) store 50 per cent more energy than current models, giving the car faster charging and a longer range than other EVs on the market.

Since the decision to end production on the car, Dyson now plans to manufacture SSBs for other car makers.

‘Many of the 500 people working on the car have stayed on to drive research into batteries, robotics, air treatment and lighting,’ Dyson said.

‘Other people are developing solid-state batteries. We may be the first. If what we’re doing turns out to be suitable for other people, then that’s an option,’ Dyson said.

The Dyson car would have had to cost around £150,000 to break even – which was not commercially viable for a company not solely focused on producing vehicles.

Companies including BMW, Mercedes, Audi and Jaguar Land Rover are making losses on every electric car they sell but they subsidise costs with sales of traditional petrol and diesel cars, according to the 73-year-old inventor and entrepreneur.

‘I don’t have a fleet – I’ve got to make a profit on each car or I’d jeopardise the whole company. In the end it was too risky,’ he said. 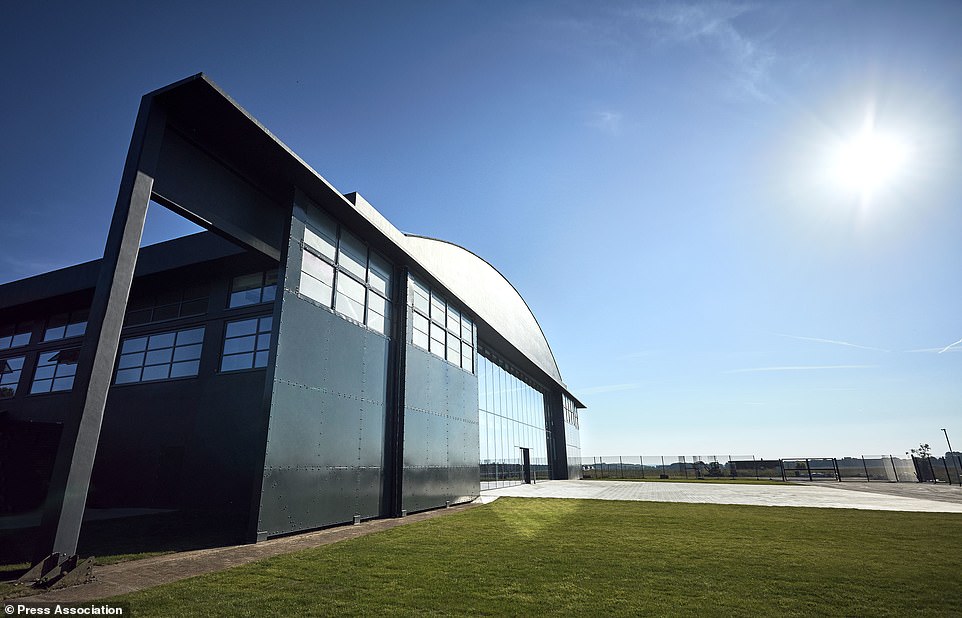 The car, for which blueprints were revealed last year, had been forecast to be available for buyers from 2021.

On whether he would pick up production of the car in the future, he said: ‘I wouldn’t say no, but the commercial circumstances would have to be right.’

Dyson’s centre at Hullavington, previously an RAF base, had been the subject of a £250 million renovation as a development and test site for the car.

It was here where the company was planning to develop ventilators for the NHS during the coronavirus pandemic, before they were sourced from elsewhere.

In the Times interview, Dyson also said he believed government plans to ban sales of all fossil-fuel cars by 2035 ‘is absolutely doable, saying that he ‘hates diesel’ engines.

A prominent Brexit supporter, Dyson sparked controversy in 2018 when he revealed that production of the electric cars would be relocated to Singapore, along with the firm’s headquarters.

Dyson still backs the decision on the basis that Asia is the fastest-growing market in the world and already accounts for half of the company’s sales.

‘If you are designing things for people in Asia, you should be in Asia.’ 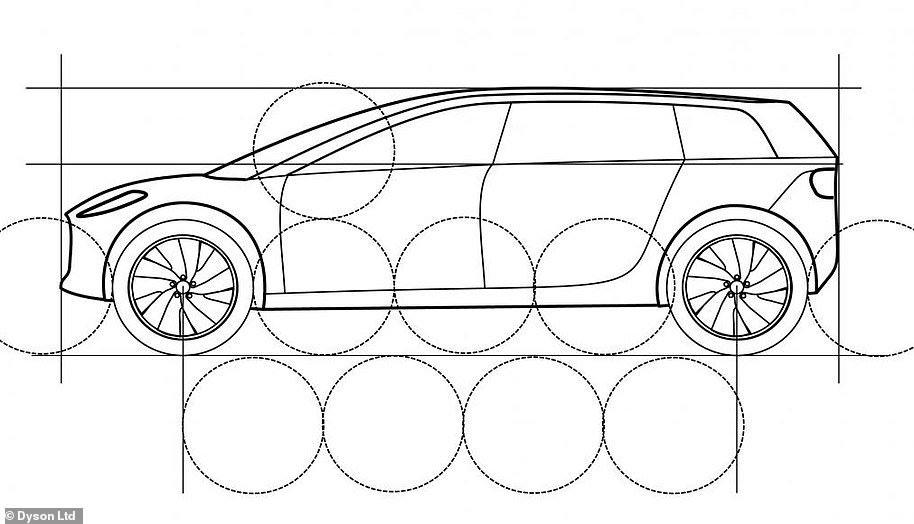 The design showed a sloping windscreen, a low roof height and plenty of space in the floor for batteries to be installed

No pictures of Dyson’s electric car prototypes had been seen and the vehicle’s details remain a closely guarded secret, even after the plans were scrapped.

The patents of the first model planned showed a seven-seat crossover vehicle with plenty of ground clearance, a sleek bonnet and slab-backed rear end.

The drawings showed a space under the cabin floor, presumably to be filled with the batteries used to power the electrified vehicle.

Descriptions said it would be between 1.6 and 1.8 metres high and 4.7 metres to 5 metres long – around the same dimensions as the current Range Rover. 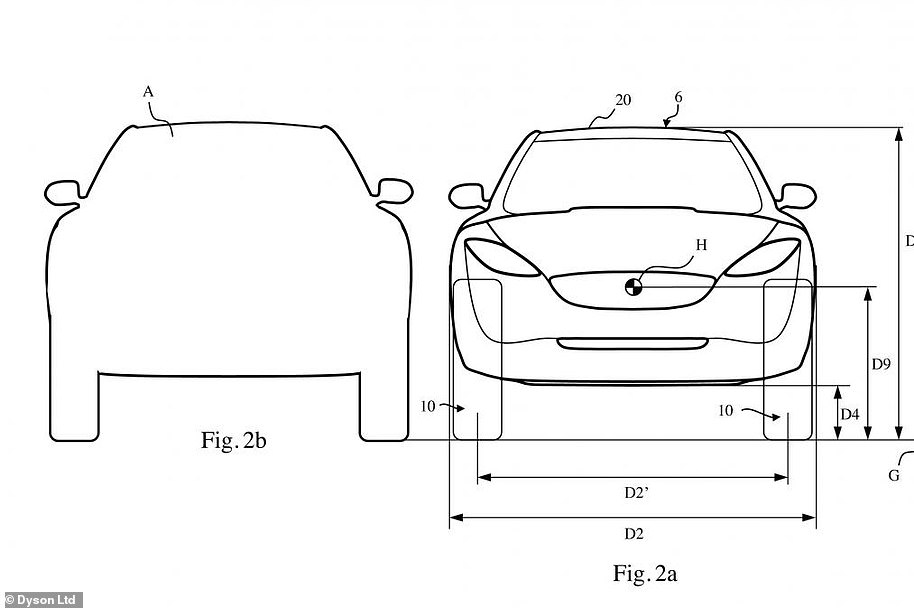