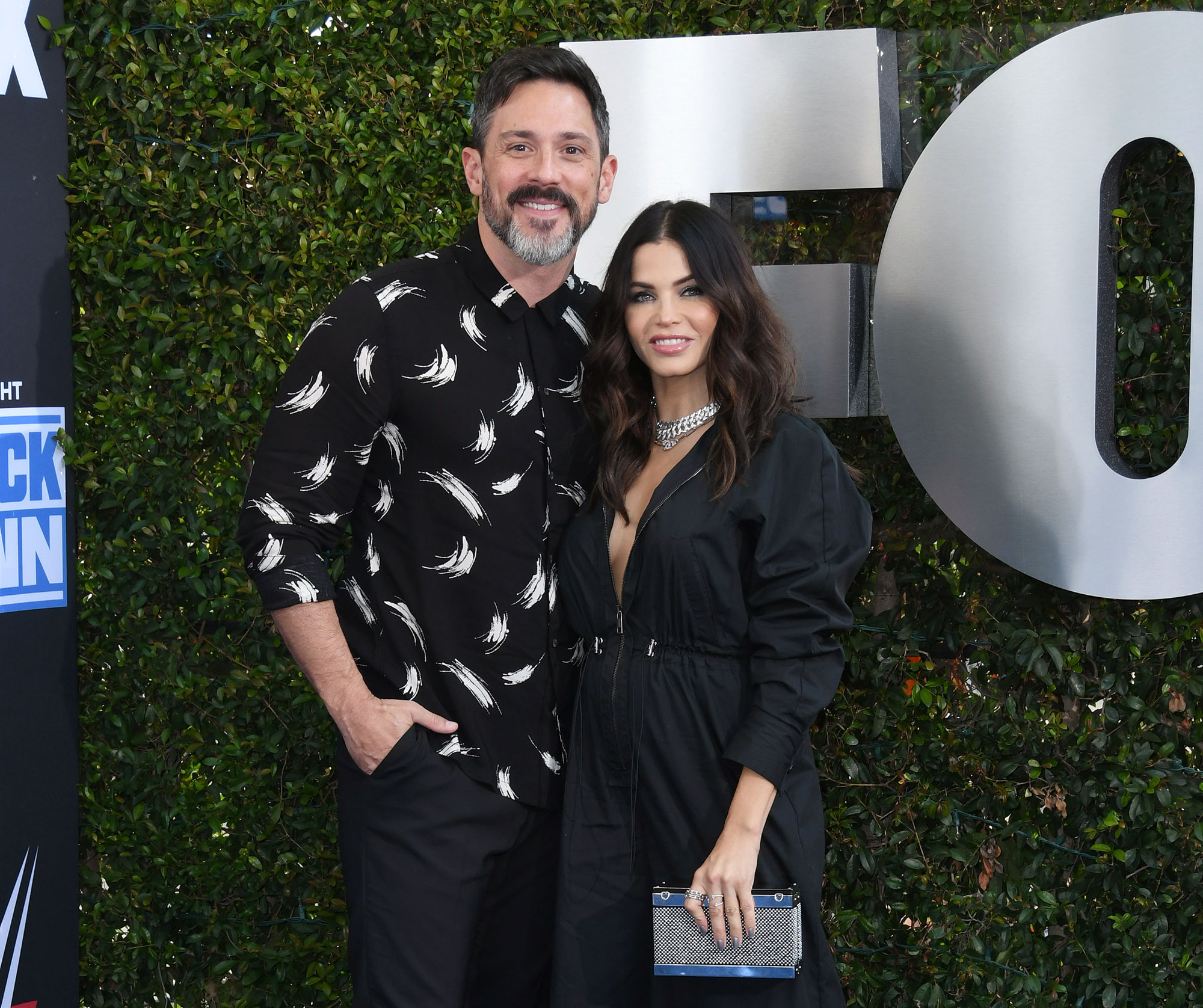 Love all around. Jenna Dewan isn’t the only one in her family infatuated with her fiancé, Steve Kazee.

“When you give the best love, everyone wants in on it ?,” Dewan, 39, wrote via Instagram on Friday, March 20. “@stevekazee you are everything ❤️❤️.”

In the photo, the Broadway star, 44, is holding the couple’s newborn son, Callum, who was born on March 6, and has a viewing party consisting of the pair’s dogs.

Three days prior, the Step Up actress showed off her own at-home style amid the coronavirus stay-at-home orders. 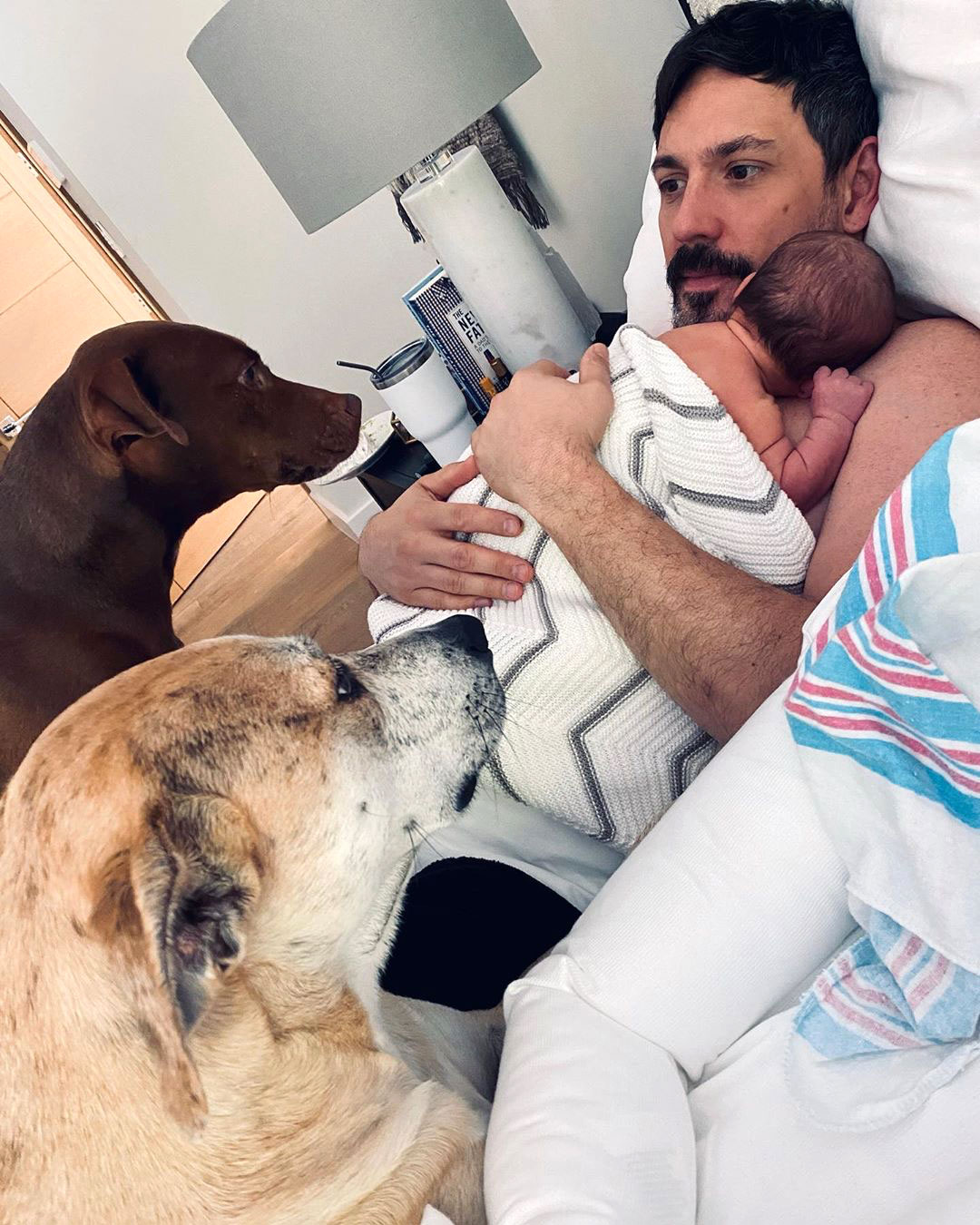 “Shirt don’t lie! ❤️,” Kazee commented on his fiancée’s photo at the time.

“When Dad’s song comes on Spotify,” the Connecticut native wrote alongside an Instagram Story video of the Tony winner in bed with their bundle of joy, as his song “Falling Slowly” played in the background.

The couple announced their son’s arrival via Instagram on March 10.

“And just like that, our hearts exploded into all of eternity and beyond ❤️?❤️ Welcome to the world you little angel! ❤️,” the Soundtrack star wrote via Instagram at the time.

The Shameless alum also shared the pair’s happy news with a photo of the baby holding onto his finger.

“In an instant our universe burst wide open and nothing would ever be the same. Welcome to earth star child,” he captioned the social media post.

Ahead of her son’s birth, Dewan celebrated her pregnancy at a baby shower last month that included a “magical” blessing circle.

“When I think of Jenna, she’s like a fairy goddess,” Kiki of Kiki Designs, who designed the actress’ shower altar, told Us Weekly exclusively in February. “I wanted to base everything around that, and I wanted it to feel like we were preparing something for gods and goddesses.”

While in the circle, Kazee got down on one knee and asked the World of Dance alum to marry him. The two announced their engagement on February 18, after revealing in September 2019 that they were expecting their first child together.