John Lennon first met Yoko Ono in 1966 when she was exhibiting her work in London. The Beatles star was at the height of his fame with the Fab Four and was a father to young son Julian Lennon with his wife and childhood sweetheart Cynthia Lennon. He and avant-garde artist Ono hit it off straight, with the Imagine hitmaker finding her instantly engaging on an intellectual level after being introduced to her conceptual work.

After meeting, the pair began to corresponding, writing letters to each other in the years to come.

It wasn’t until Lennon’s first wife came home from a holiday with their son to find him sat on the floor of their home with Ono (having spent the night together) that their marriage officially came to an end.

While he was still married, however, Lennon received an intriguing package from Ono.

“I was making little art projects,” Ono told Playboy in a newly unearthed interview, revealing why exactly she had sent the Beatle a box of maxi pads. 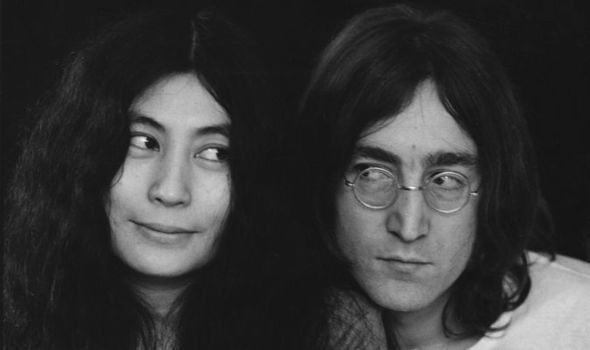 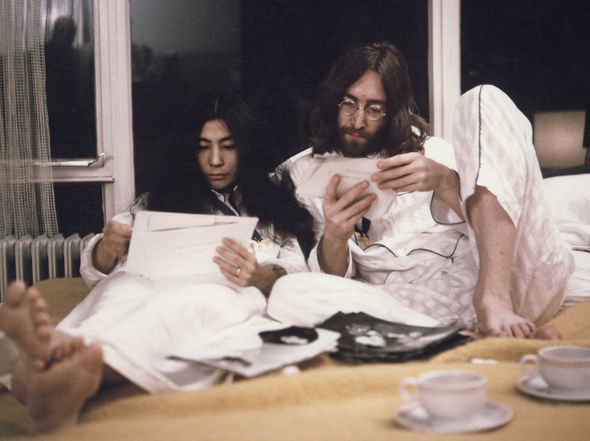 “It was a piece that you open a box of Kotex and inside there are a lot of Kotex pads and a red broken cup.”

Ono called this sort of work a “mend piece”, explaining: “You’re supposed to mend the cup that is broken.

“The idea is, when you open the Kotex box and go through it, there is something red in there.”

Naturally, though, Lennon wife and mother-in-law, who happened to be there, were confused as to why another woman was posting this to Lennon. 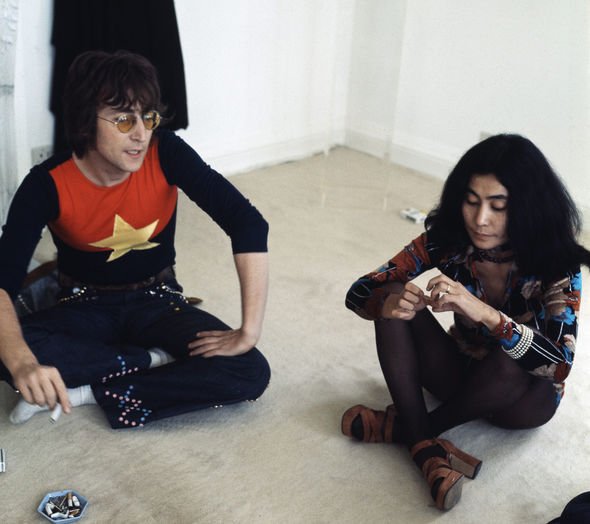 “I was married and my wife wondered who was this woman who sent me a box of Kotex,” Lennon told the publication, recalling how he had to tell his wife: “‘This is actually an artist’s work, my dear.’

“‘[This artist] happens to work with Kotex,’” he remembered excusing himself.

“‘One of the avant-garde fields, Kotex, you see.’”

Lennon’s divorce from his first wife was finalised in 1968 and he married Ono the following year.

Along with his new relationship with Ono, he also moved away from the more mainstream music he had been making and decided to leave The Beatles.

He subsequently began writing and recording more avant-garde music with his new wife and her group the Plastic Ono Band.

Just a few years after they tied the knot, the couple’s relationship grew too intense, with their incredible closeness combined with the backlash and anger they faced from The Beatles fans taking its toll.

As a result, Lennon embarked on what he later referred to as his “lost weekend”: an affair with their assistant May Pang.

Ono knew of the affair and sanctioned it, with the rocker moving to Los Angeles and setting up home with Pang for 18 months.

He later returned to her in New York, however, and his moved back in with his wife.

In 1975, they welcomed their son Sean Lennon.

Lennon was tragically shot and killed on December 8, 1980.