The California senator and former presidential candidate had not previously spoken so explicitly about the media’s coverage of her as a black candidate. 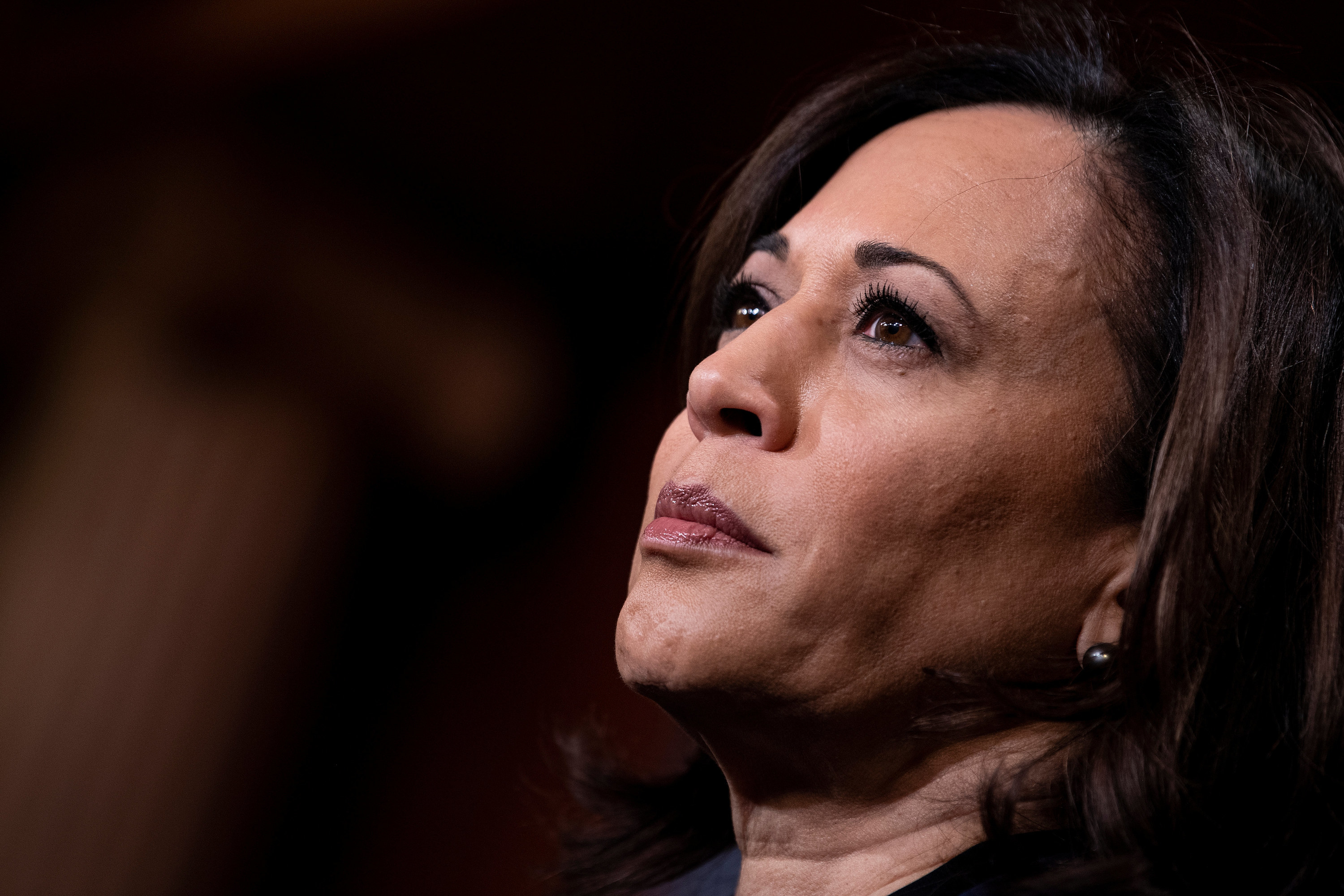 WASHINGTON — Kamala Harris felt the effects of the lack of diversity in the press corps before she had even started officially running for president.

It was almost two weeks before she officially launched her run, but she still remembers it vividly: A white reporter covering an event at Howard University, where Harris was speaking, heard the call of Harris’s black sorority, Alpha Kappa Alpha, and tweeted, “Did not expect to hear screeches here.”

“The point is there was a journalist who was covering the presidential race who was unfamiliar with the Divine Nine and the history of black sororities and fraternities in America, which is a deep and profound history,” Harris said.

Members of the sorority regularly attended campaign events in their signature salmon-pink and apple-green gear to show their support for Harris, often mobilizing in the South during her presidential campaign.

Harris opened up to a group of black journalists in the Capitol on Wednesday, joining a roundtable Sen. Cory Booker and 17 other Democratic senators, about how she thought her identity as a black woman had shaped the way journalists covered her candidacy. She and Booker, who dropped out of the race in January, both endorsed former vice president Joe Biden this week.

“I mean, there are so many examples, and I’m just still too close to it.”

Harris described a few of the examples: a time she was left out of a poll graphic in favor of white candidates who were polling below her, and a journalist who asked her why she would choose Howard, a prestigious historically black institution, over the predominantly white schools that her family members had attended.

“For anyone who knows the history of HBCUs in America, you’ll know that we refer to Howard as the Mecca.”

Harris wove careful mentions of race throughout her historic candidacy — she was the first black woman to run for president as a major candidate since Shirley Chisholm in 1972, and her campaign logo used colors that called back to Chisholm’s run.

She gave a landmark speech on how the media’s “electability” narrative favored white male candidates, and left out black voters, in front of the Detroit NAACP last May. And she shot to the top of the polls, briefly, after she confronted Joe Biden in the first Democratic debate over his comments that praised segregationists.

But that climb in the polls was short-lived, and Harris struggled to regain the momentum in her candidacy. Many of her supporters explicitly blamed sexism and racism on what they saw was her erasure from the presidential race.

But Harris herself had not previously spoken so explicitly about the media’s coverage of her as a black candidate.

“We had to constantly explain who we are as people, and our character,” Harris said after asking the group of reporters and senators to close their eyes and come up with four words that explain her or Booker.

During the roundtable, she pointed out, on two separate occasions, that “only 7.5% of the people in the newsrooms of America are African American.”

“We have a whole lot of analysis that shows the disparities in terms of how we were covered as compared to other candidates, a whole lot of objective analysis, including the fact that the brother to my right is a Rhodes Scholar,” Harris said, pointing to Booker. “Did anyone write about that?”

Two of the dozen or so reporters in the room raised their hands. A HuffPost analysis during Booker’s run found that the media mentioned far more frequently that Pete Buttigieg was a Rhodes Scholar than that Booker was.

At the end of the roundtable, Harris talked to a couple of black reporters about their innate advantage in covering diverse electorates.

“If you don’t notice the shine in the little black girl’s eyes because you don’t look in their eyes, you’re not going to write about that.”

Cory Booker dropped out of the Democratic presidential primary in January. A previous version of this post misstated the timing.