Kate Beckinsale is recalling her own horrific encounter with Harvey Weinstein after the disgraced movie mogul was sentenced to 23 years in a New York state prison this week for rape and sexual assault. (Readers should note that this article contains explicit language that some may find upsetting.)

In a post shared on Instagram Wednesday, the English actor revealed she was once on the receiving end of Weinstein’s well-documented verbal abuse early in her career.

Beckinsale said the studio magnate repeatedly called her a “stupid fucking cunt” for “looking like a lesbian” at the premiere of her 2001 film “Serendipity,” where she wore a tailored white pantsuit instead of a tight dress.

“You ruined my premiere,” the actor recalled Weinstein screaming at her. “I had no idea what he was talking about and started to shake. He said, ‘If I am throwing a red carpet you get in a tight dress, you shake your ass you shake your tits you do not go down it looking like a fucking lesbian you stupid fucking cunt.’ The shock made me burst into tears.”

The premiere for the romantic comedy also starring John Cusack was held less than a month after the 9/11 terror attacks, which Beckinsale felt at the time was “the most insensitive … disrespectful idea possible.”

Even though cast members agreed they should scrap the event, Weinstein “insisted” that premiere proceeded as planned, according to Beckinsale, who said she “somehow got through it.” 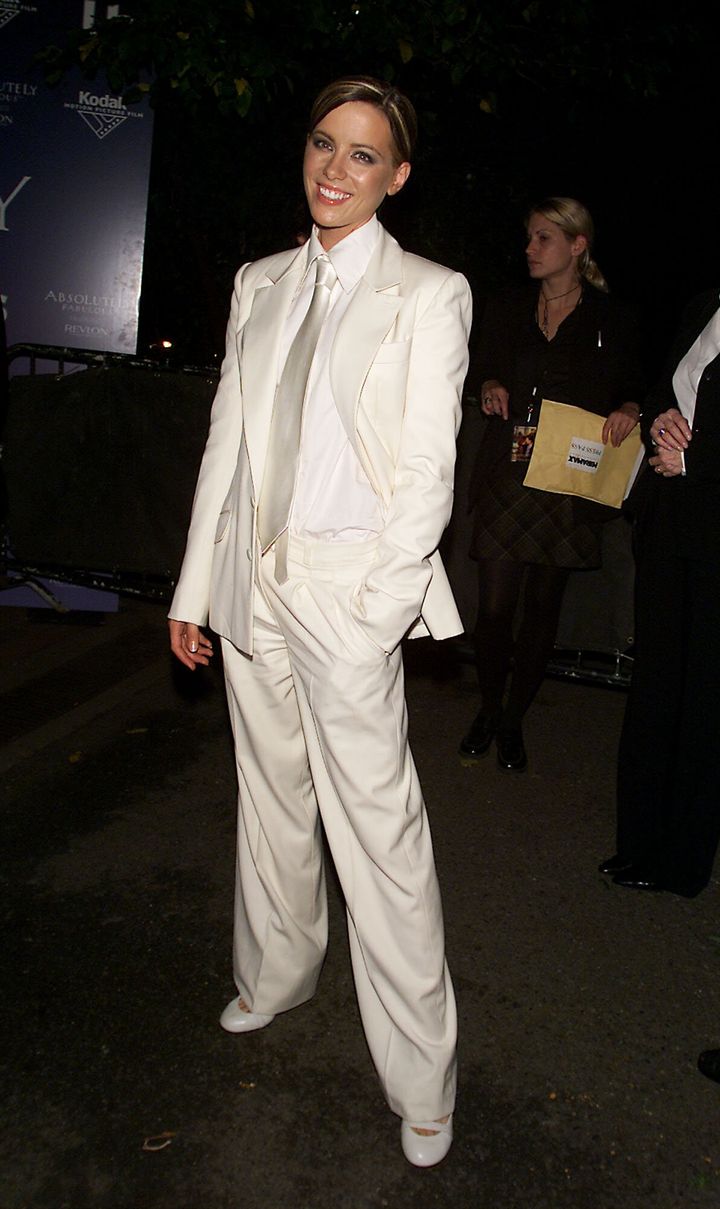 The morning after the premiere, Weinstein arranged for Beckinsale and her young daughter to have a play date with his own child.

“I turned up and he immediately called for his nanny to take the babies to another room to play,” she recalled in her post. “I went to go with them and he said ‘No, you wait here.’ The minute the door closed he started screaming.”

“I tried to say ‘Harvey, the city is on fire, people are still looking for their relatives none of us even felt the premiere was appropriate much less coming out dressed like it’s a bachelor party,’” Beckinsale continued. “He said, ‘I don’t care ― it’s my fucking premiere and if I want pussy on the red carpet that’s what I get.’ Screaming. Livid. I managed to get myself and my child out of there and yes that was one of many experiences I had that there was no recourse for and falls under no felony.”

Beckinsale didn’t work on another film under Weinstein’s Miramax banner until years later, when she starred in “The Aviator.” She said she was “punished” for her response to his tirade and for other instances when the two clashed. 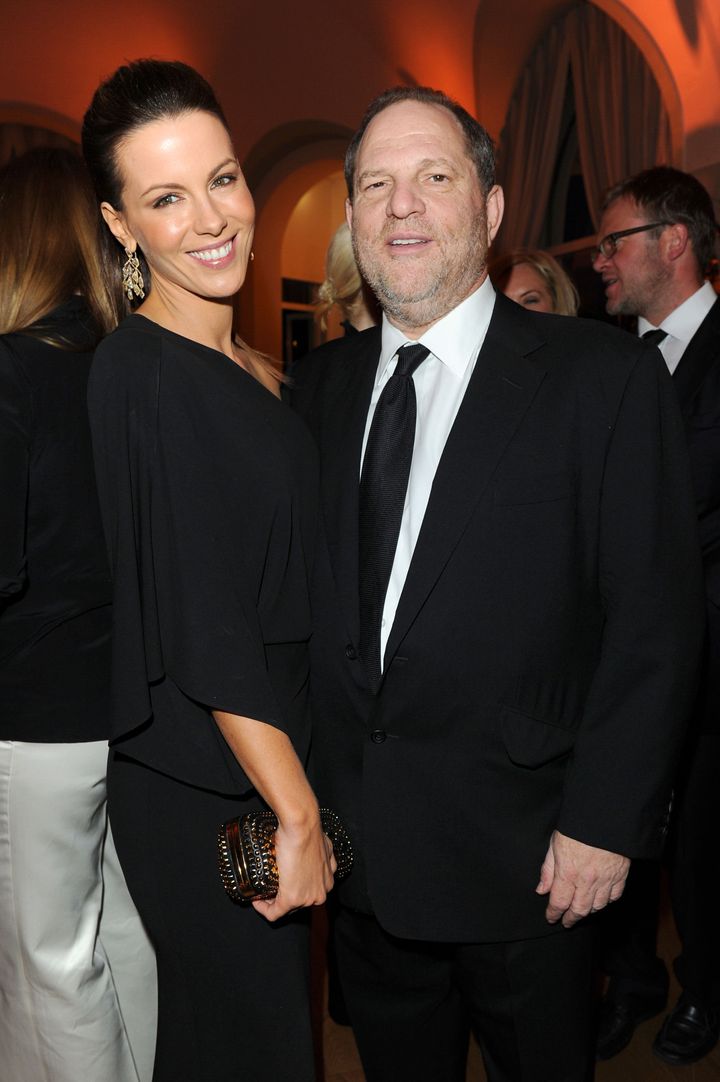 Reflecting on Weinstein’s prison sentence, “The Widow” star said the outcome was a “huge relief to me on behalf of all the women he sexually assaulted or raped.” She added that she hopes it will be an example for other abusers in the industry.

“Having said that, the crimes that are not crimes, the inhumane bullying and sick covert abuse for which there is STILL no recourse no matter who you tell (and I did tell), these too need to go,” she continued in her post, giving a special shoutout to Rose McGowan, one of many women in Hollywood to accuse Weinstein of rape. “I hope and pray that we as an industry can start to actually outlaw all abuses of power and expose them and eliminate them, for all genders, forever.”

Beckinsale’s story adds to the disturbing accounts of Weinstein’s misconduct. On Tuesday, newly unsealed court documents reportedly revealed that the producer once made threatening comments about Jennifer Aniston after he was asked by his representative to comment on a report ― later shown to be untrue ― that he had groped the star.