Kate McKinnon was photographed on set of her upcoming ‘Tiger King’ series as Carole Baskin in Australia! See her transformation.

From portrayals of Hillary Clinton to Ellen DeGeneres to Carole Baskin! Saturday Night Live star Kate McKinnon has transformed into the controversial CEO of Big Cat Rescue for Peacock’s upcoming Tiger King series. The actress, 37, was photographed for the first time in character while filming in Queensland, Australia. She could be seen with hair extensions, a cardigan over a printed blouse, and denim jeans, as seen in photos HERE. 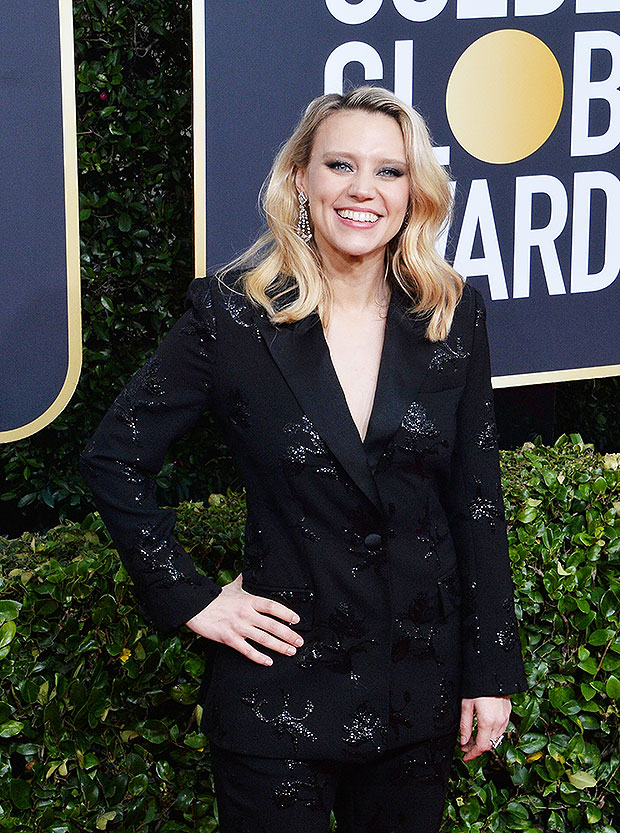 Also pictured was Kyle MacLachlan, who will play Carole’s second husband Howard Baskin. The Twin Peaks alum’s transformation included greyed hair, glasses, and a flannel button-up shirt to emulate the big cat rights activist’s husband. A release date has not been announced yet, but Joe Exotic (a working title) will be based on journalist Robert Moor‘s Wondery podcast Joe Exotic: Tiger King.

The limited series will explore Carole’s rivalry with Joseph Maldonado-Passage, otherwise known as Joe Exotic, the former zookeeper of Greater Wynnewood Exotic Animal Park in Wynnewood, Oklahoma. The story of the convicted felon, who is currently in prison for a murder-for-hire plot and several counts of animal abuse, first captivated viewers after the debut of Netflix’s documentary Tiger King: Murder, Mayhem and Madness. 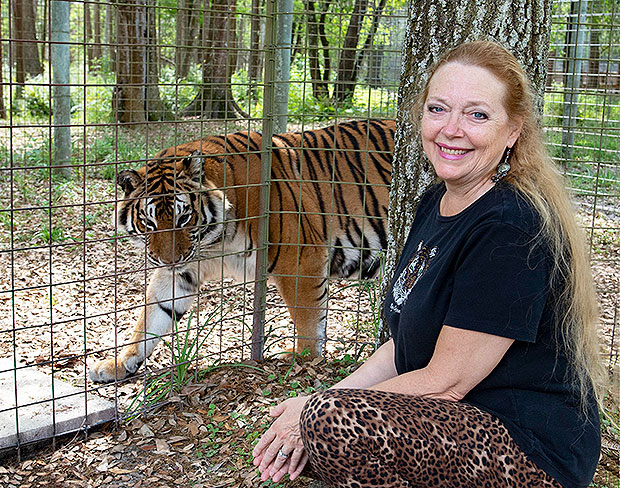 John Cameron Mitchell will star opposite Kate and Kyle as Joe Exotic himself. Rounding out the cast are Brian Van Holt as John Reinke, Nat Wolff as Travis Maldonado, Sam Keeley as John Finlay, William Fichtne as Rick Kirkham, and Dean Winters as Jeff Lowe. The Peacock iteration joins a series of other Tiger King-inspired projects that have drawn on the success of Netflix’s documentary, including Animal Planet’s Surviving Joe Exotic and a rumored Rob Lowe and Ryan Murphy series.

Nicolas Cage was also slated to take on the role of Joe for a series with Amazon, but it has since been shelved. Variety reported in July that the series might be shopped to other streamers and networks, though. The National Treasure star told the outlet, “We should clear the record. I read two excellent scripts, which I did think were excellent, but I think Amazon ultimately felt that it was material that had become past tense because it took so long for it come together. They felt at one point that it was lightning in a bottle, but that point has since faded into the distance and it’s no longer relevant.”