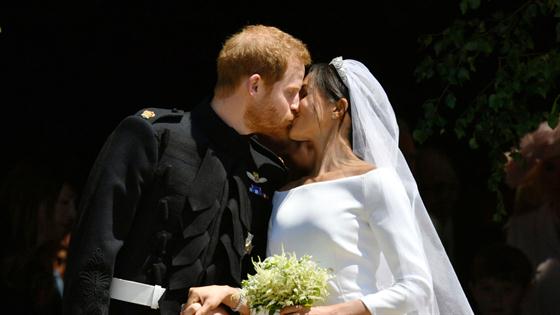 Following Prince Harry and Meghan Markle‘s royal exit, it looks as though the royal world is caving in on Kate Middleton.

In a cover story for Tatler magazine, royal insiders claim that the Duchess of Cambridge is feeling “exhausted and trapped.”

According to a reported friend of Middleton, Tatler states that, “Kate is furious about the larger workload. Of course she’s smiling and dressing appropriately but she doesn’t want this. She feels exhausted and trapped. She’s working as hard as a top CEO, who has to be wheeled out all the time, without the benefits of boundaries and plenty of holidays.”

As the coronavirus pandemic put a stop to her “normal” daily life and royal duties, Middleton has taken on the extra work head on.

But per the royal insiders speaking to Tatler, this began far before the health crisis and started when the Duke and Duchess of Sussex called it quits on their royal life.

“Meghan and Harry have been so selfish,” says a friend of Prince William and Middleton to the publication. “William and Catherine really wanted to be hands-on parents and the Sussexes have effectively thrown their three children under a bus. There goes their morning school runs as the responsibilities on them now are enormous.”

In the wake of Prince Harry and Markle stepping down, Middleton took on nearly a dozen royal engagements in a month. As another royal insider shared, “Kate understands that the only credo of the Royal Family is duty, duty, duty. Whereas with the Sussexes it is constant uncertainty.”

However, Middleton has also been relatively open about the hardships she’s experienced homeschooling her children Princess Charlotteand Prince George.

This past weekend, it was reported that Prince William and Middleton were “considering” keeping their 5-year-old daughter at home during the summer when school is expected to reopen, according to The Sunday Times.

The Duke and Duchess of Cambridge want to “keep” their two children “together and to maintain their lockdown routine” amid the ongoing coronavirus crisis. 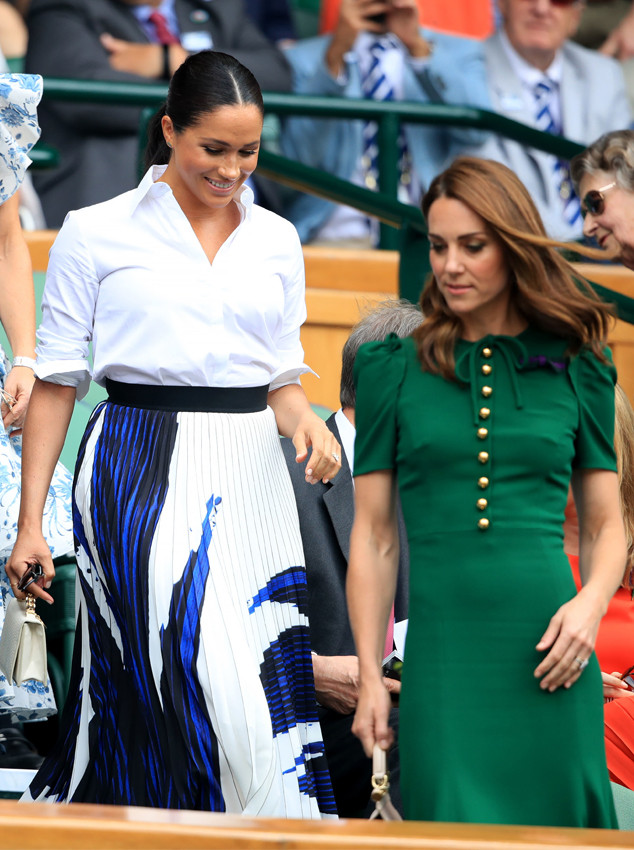 Earlier this month, Middleton also talked about how her family, including their youngest Prince Louis, are holding up. “I’m sure you’re experiencing the same yourselves with your families and things but we’re stuck with homeschooling again, but no, yeah, it’s unprecedented times really but we’re fine, thank you for asking,” she shared.

In that same interview, she also opened up about the difficulties of homeschooling her children. “George gets very upset because he wants to do all of Charlotte’s projects…making sort of spider sandwiches is far cooler than literacy work,” she shared. “Yeah it’s really hard, we haven’t done a huge amount of FaceTime and face calls and things like that but we’re doing a lot of that now and actually it’s been really great. We sort of try and check in daily with family members and speak to them about news and things like that.”

More royal insiders shared with Tatler, however, that the previously reported tension between Middleton and Markle is in fact more than just baseless rumors and that it dates back to Markle and Prince Harry’s wedding.

According to a friend of Middleton, per Tatler, “There was an incident at the wedding rehearsal. It was a hot day and apparently there was a row over whether the bridesmaids should wear tights or not. Kate, following protocol, felt that they should. Meghan didn’t want them to.”

Photographs of the wedding seem to indicate that Markle won that debate and a royal insider adds that “in the palace, you hear numerous stories of the staff saying so-and-so is a nightmare and behaves badly but you never hear that about Kate.”

Another insider tells Tatler, “Kate keeps her staff whereas Meghan doesn’t. Doesn’t that say anything?”