Killing Eve fans were left concerned over the future of Eve and Villanelle’s relationship after the assassin was framed for murder in last night’s episode.

Assassin Dasha (Dame Harriet Walker) was tasked with driving a wedge between the two women because Villanelle’s ’employers’ were growing increasingly concerned over her erratic behaviour.

She came up with the plan to stab Niko (Owen McDonnell) to death in front of Eve (Sandra Oh), after luring her to the Polish farm where he was working. 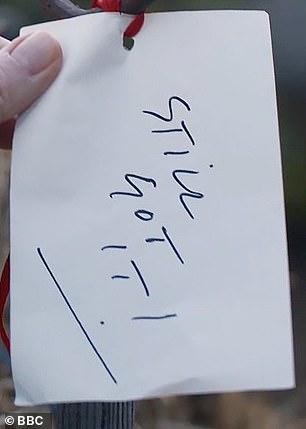 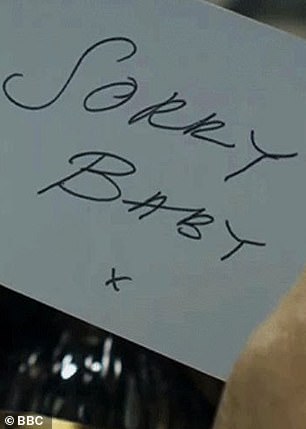 Killing Eve fans were left concerned over the future of Eve and Villanelle’s relationship after the assassin was framed for murder in last night’s episode. Assassin Dasha left a note at a murder scene (left) in a bid to point the finger at Villanelle. However eagle-eyed fans hope Eve will spot the handwriting does not match that on previous notes she’s received from Villanelle (right)

To make it seem like Villanelle (Jodie Comer) was responsible, Dasha copied one of the assassin’s signature moves and left a note on the murder weapon before fleeing the scene.

The note, tied to the end of the pitchfork with ribbon, read: ‘Still got it’.

Viewers protective over Villanelle and Eve’s relationship were devastated that Eve might not be able to forgive the assassin for the crime. 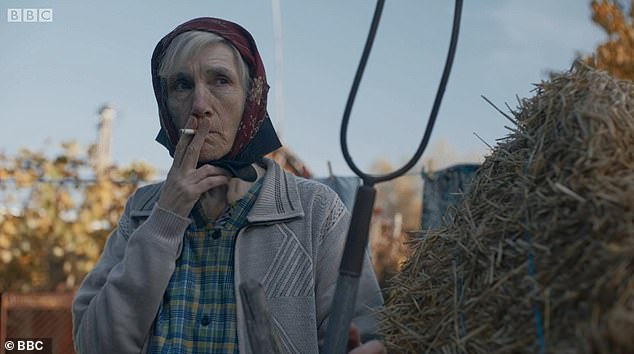 Assassin Dasha (Dame Harriet Walker), pictured, was tasked with driving a wedge between Eve and Villanelle and came up with the plan to murder Niko 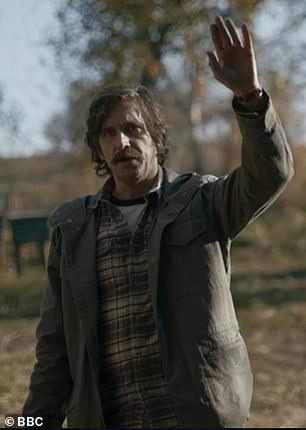 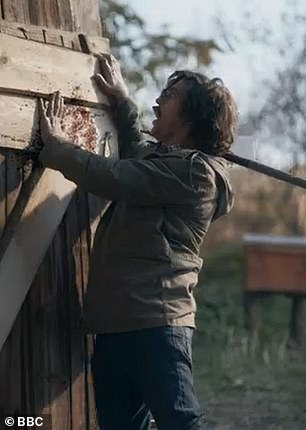 Dasha stabbed Niko (Owen McDonnell), left, to death in front of Eve (Sandra Oh), right, after luring her to the Polish farm where he was working 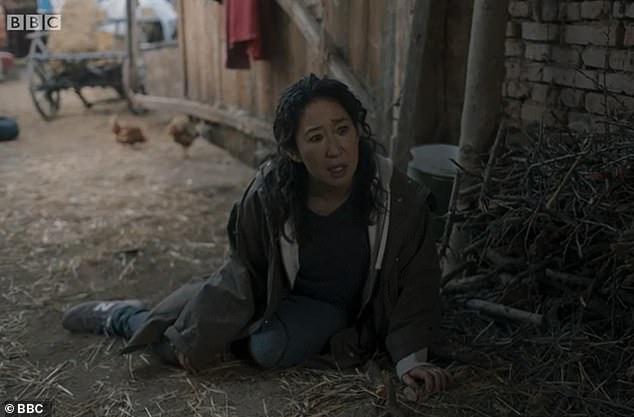 Eve (Sandra Oh) was left devastated after watching Niko be murdered in front of her, pictured

However other eagle-eyed fans suggested Eve will be able to spot the ploy as the handwriting does not match Villanelle’s.

They pointed out Eve has already received similar notes from Villanelle, which were written in a far more elegant script than the one found at the murder scene.

One fan wrote on Twitter: ‘Of course, Eve will know that V’s not the one who did that because obviously, she’ll notice that the handwriting’s different, and V will not write “I still got it” to a note. She’s way too smart for that. She always leaves hints subtly.’ 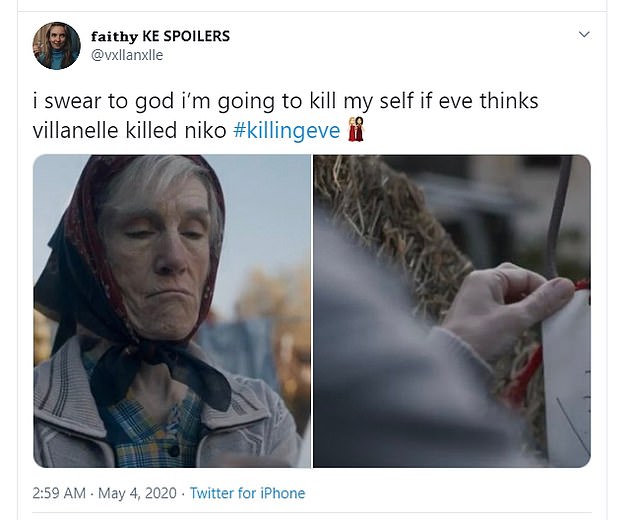 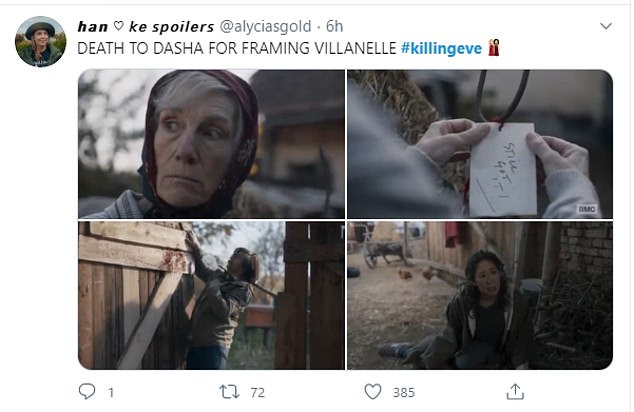 Fans are hopeful Eve will be able to spot the note left at the scene was a fake, pictured

Another fan posted: ‘If Eve falls for that note I’m done because this woman was able to work out that a random nurse who told her to “wear it down” in the hospital toilets committed a bunch of murders and that’s all I’m saying #KillingEve.’

A third added: ‘I’ll say this, eve should know Villanelle better than to think that’s the note she’d leave. Villanelle makes statements. A note and a ribbon? Nah. #KillingEve.’

Others suggested Dasha’s note might have been a message to Villanelle, proving that she’s ‘still got it’ even though she is facing retirement. 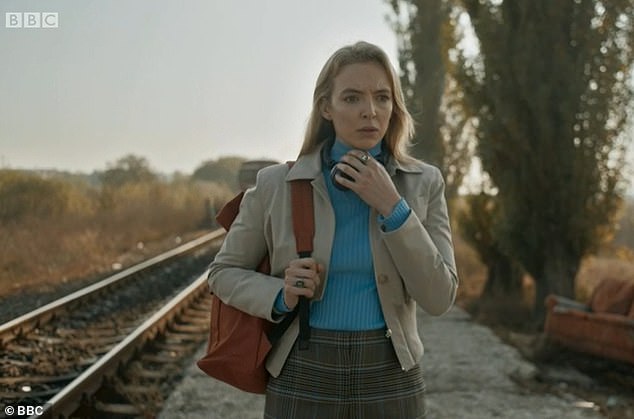