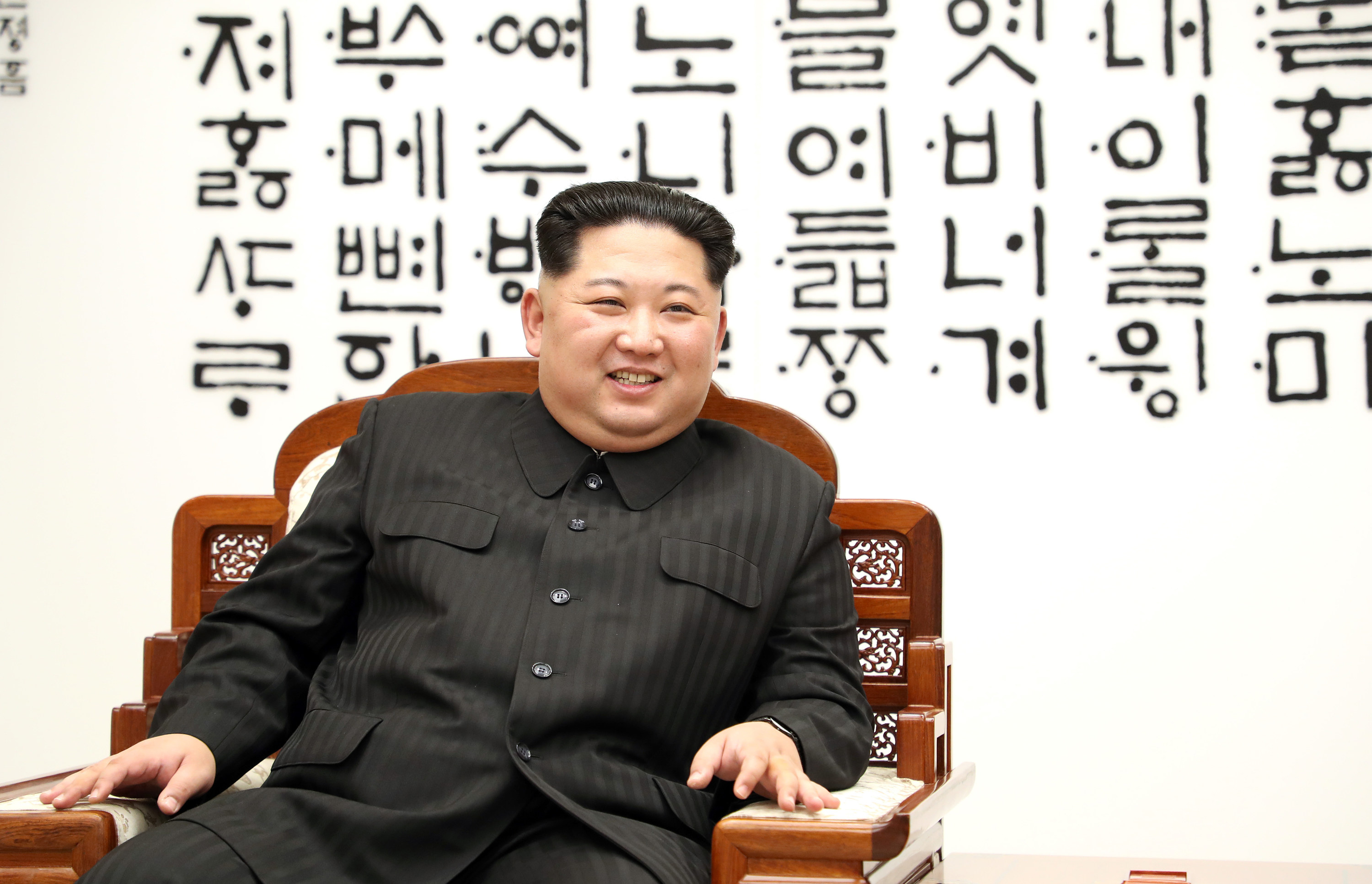 Photos of Kim opening a fertilizer plant came after an unusual three-week absence in state media, which had set off intense speculation about his health. Adding to the uncertainty, North and South Korea exchanged gunfire over the weekend.

Thae Yong-ho, a former North Korean deputy ambassador to the UK, had said Kim was so ill that he couldn’t stand. Thae, who defected to South Korea in 2016 and was elected to its National Assembly last month, said, “I am aware that one of the reasons why many of you voted for me as a lawmaker is with the expectations of an accurate analysis and projections on North Korean issues. I feel the blame and heavy responsibility. Whatever the reasons, I apologize to everyone.”

Ji Seong-ho, another high-profile North Korean defector who was also recently elected to the National Assembly, said last week that he was 99% certain Kim had died after undergoing cardiovascular surgery.

“I have pondered on myself for the past few days, and felt the weight of the position that I’m in,” Ji said in a statement following Kim’s reappearance. “As a public figure, I will behave carefully going forward.” 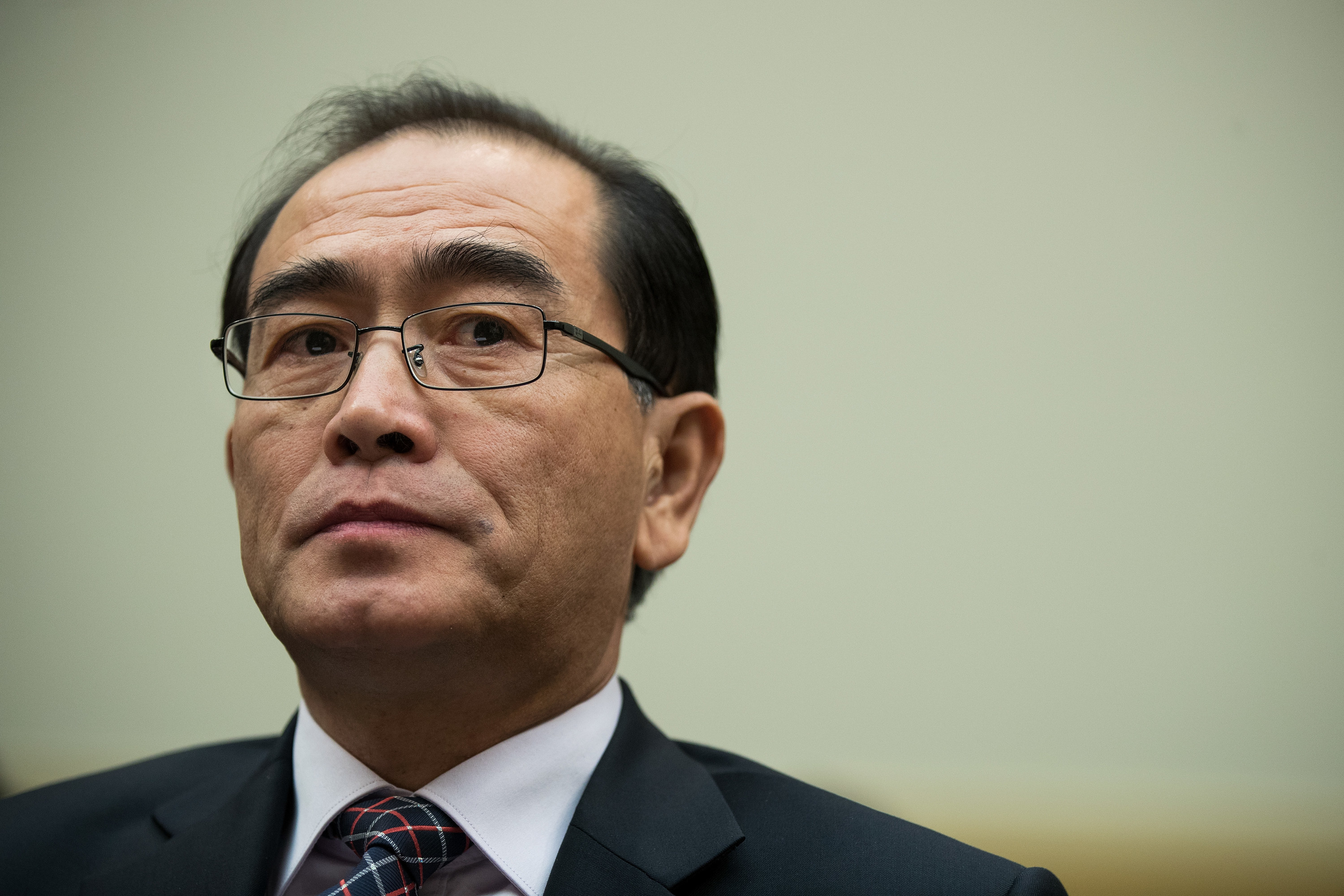 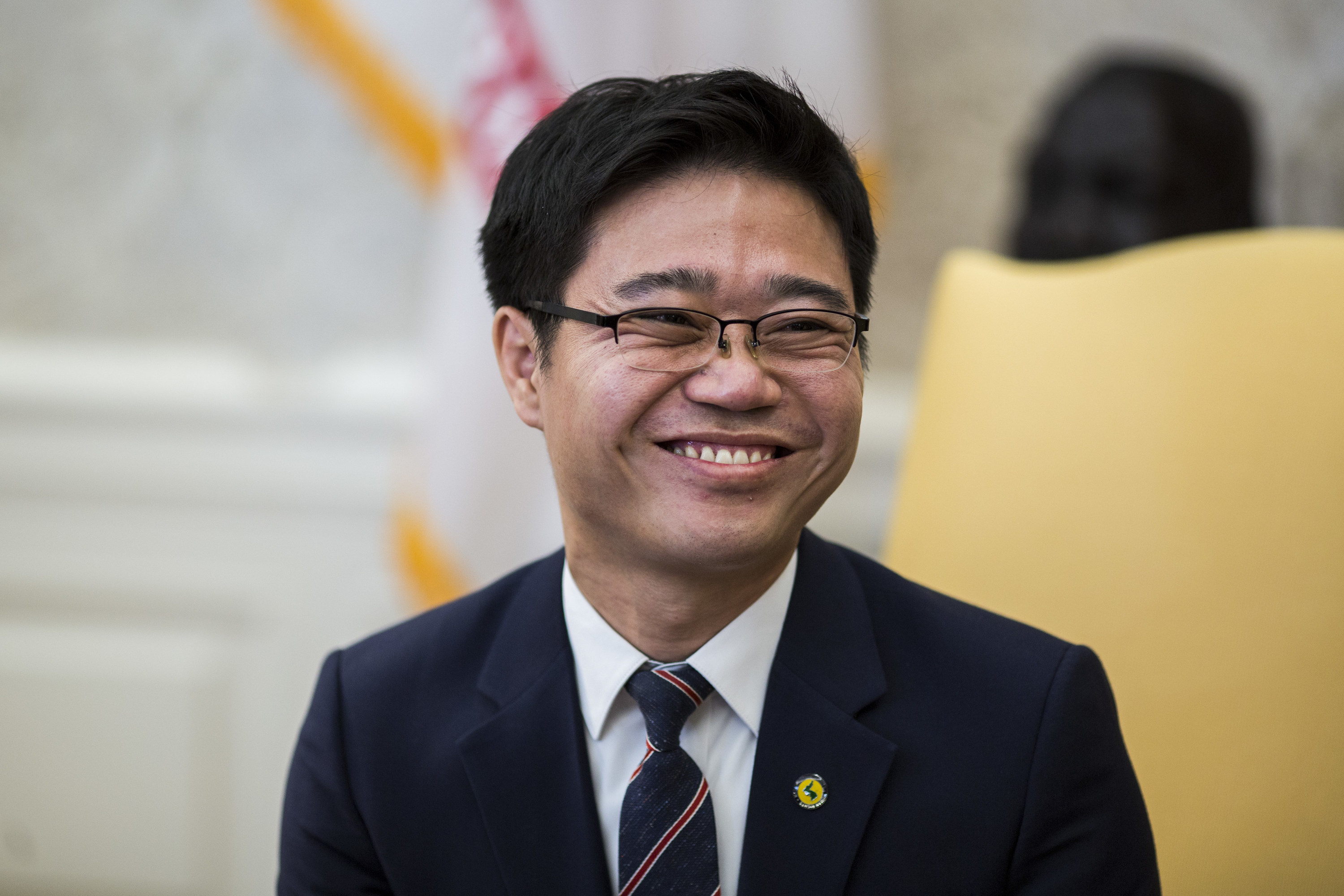 Global interest in Kim’s health spiked when South Korea–based news outlet Daily NK reported on April 21 that he had undergone heart surgery and was recuperating in a villa outside Pyongyang, North Korea’s capital.

Daily NK, which relies on the work of North Korean defectors and their networks of contacts, originally cited several sources, but then revised it to just one in a correction. Its story had been quickly picked up by international news outlets, including CNN, which reported Kim was in “grave danger,” citing US officials. It seemed to explain why Kim had missed attending a major commemoration of his grandfather Kim Il Sung’s birthday days before.

Weeks of speculation about Kim’s health followed, by everyone from US and South Korean intelligence officials to, inexplicably, celebrity gossip site TMZ, which reported Kim was actually dead.

The TMZ story, which cited Chinese and Japanese media, reflects the fascination with news about North Korea’s ultra-secretive leadership. 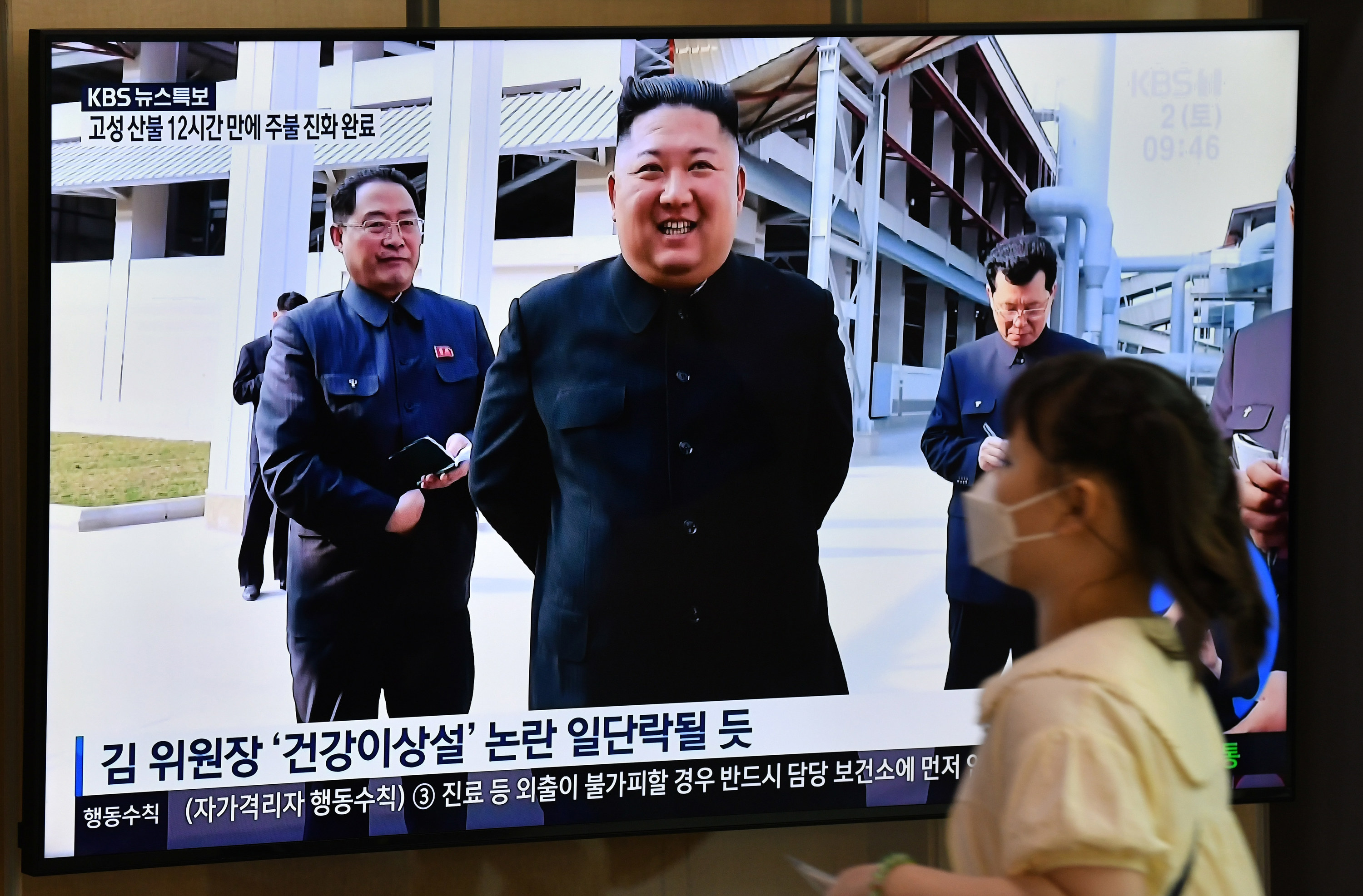 A woman walks past a television news screen in Seoul showing a picture of North Korean leader Kim Jong Un attending a ceremony to mark the completion of a fertilizer factory.

“When the North Koreans aren’t confirming or denying anything, a lot of people take that silence as confirmation of various different theories rather than waiting for actual facts,” said Jenny Town, managing editor of the Washington, DC–based think tank 38 North.

The stakes for Kim’s whereabouts are high. Nuclear-armed North Korea has been ruled by his family for three generations, with power concentrated heavily at the top. That means the death or ill health of a leader could cause instability, and questions about who would succeed Kim, who is not thought to have any adult children, remain open.

38 North published a report indicating a train believed to belong to Kim was seen at his Wonsan compound in eastern North Korea, which could have indicated that Kim was recuperating from surgery there. The report was picked up widely in the press, but satellite imagery also has its limitations, Town herself pointed out. For one thing, there’s no way to tell if Kim was on the train, or even verify if it’s the right train.

For another, North Korea is acutely aware that the outside world uses satellite imagery to monitor it.

“We can see where the train is,” said Ken Gause, an expert on North Korea’s leadership at CNA, a research and analytics organization in the Washington, DC, area. “We also know the North Koreans know we’re looking at that stuff, so we’re seeing what the North Koreans want us to see.”

Kim previously vanished in 2014 for more than a month, and later emerged with a slight limp. He reportedly had ankle surgery, and, by showing him limping, it was likely the first time North Korean state media has made reference to a leader’s health. 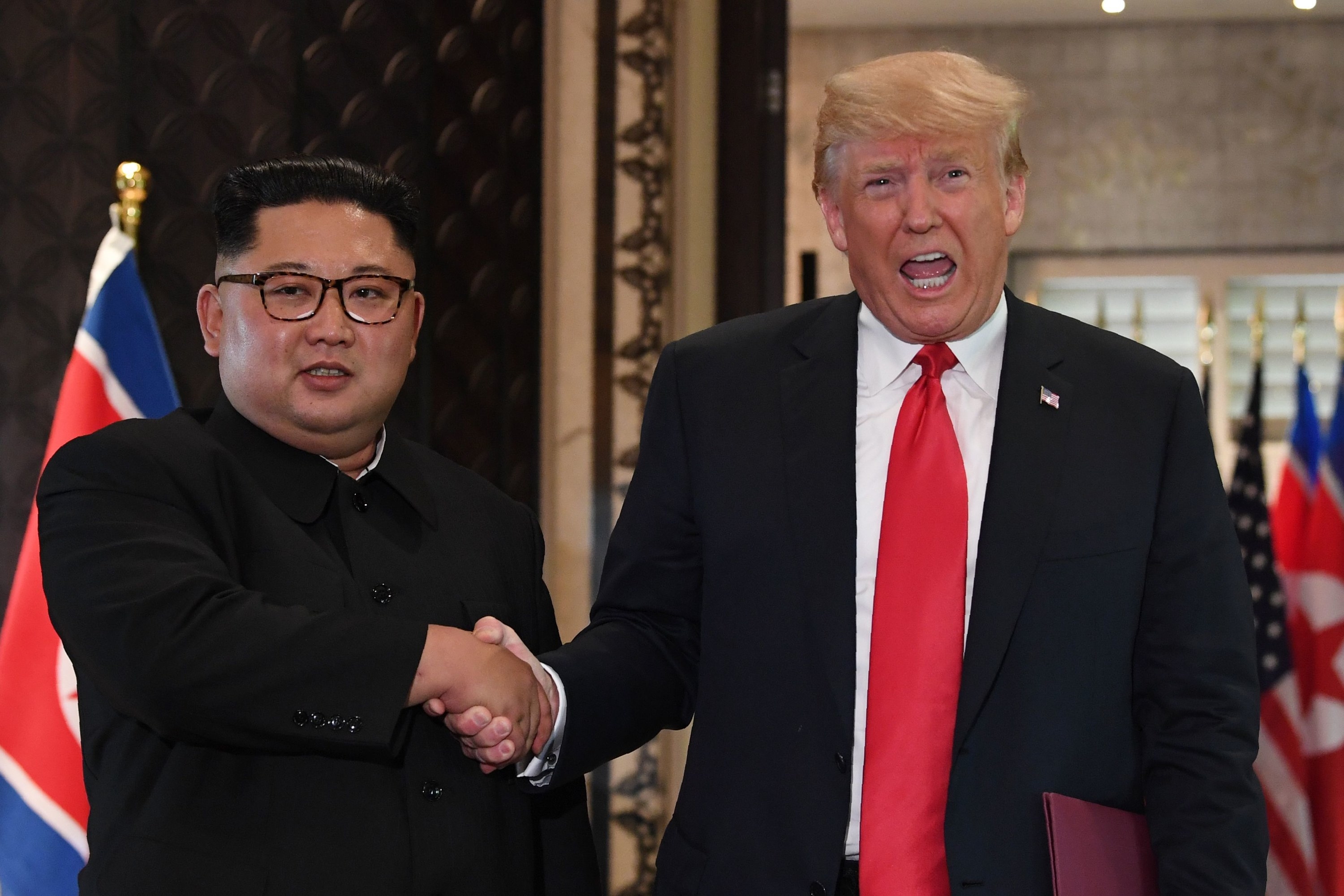 Kim’s father, Kim Jong Il, also disappeared for even longer periods with no explanation. One book by a Japanese expert even claimed Kim Jong Il had died in 2003 and was replaced by a body double.

It would have been easy for Kim to dispel rumors of his death by simply showing his face in public. But that’s easier said than done, analysts say.

For one thing, the health of the country’s top leadership is a major taboo. North Korean propaganda portrays the country’s leaders as demigods.

“Health is one of the most sensitive issues. It has potential repercussions for regime stability,” said Rachel Lee, a North Korea analyst who previously worked for the US government.

So if Kim had been ill or recuperating from surgery, it’s unlikely he would have emerged in public. North Korean state media, however, did run articles about Kim’s activities during his absence, including noting that he had sent a letter to the president of Cuba.

“We can obsess all we want to, but they’ll only tell us when they’re ready to tell us, and how they want to tell us,” said 38 North’s Town.