Kodi is facing fresh problems after a number of links to its website have been removed by Google. The search engine has been forced to take down certain results that list how to download the player after a complaint was received by a copyright holder.

When searching for Kodi, Google currently displays the message, “In response to a complaint that we received under the US Digital Millennium Copyright Act, we have removed 6 result(s) from this page. If you wish, you may read the DMCA complaint that caused the removal(s) at LumenDatabase.org.”

It’s currently unclear why Kodi has been targeted as the popular player is totally legal to use with the tea behind the software making it clear that they do not supply any actual content.

According to TorrentFreak, the takedown notice was sent on behalf of the Turkish pay-TV service Digiturk and the copyright issues could be due to the addons that can be easily be installed on the Kodi platform.

Some of these addons have been known in the past to allow users to access premium content without paying any subscription fees. 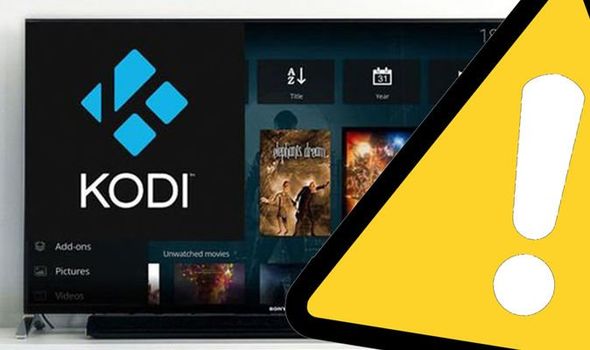 Kodi has now spoken out about this latest issue with the Keith Herrington telling TorrentFreak: “It’s unfortunate content companies continue to lump us and VLC together with services who are clearly in violation of copyright law by not only providing streams to their content but using their logo, etc and that Google doesn’t even bother to check or validate, they just remove.

“It feels like a very ‘guilty until proven innocent’ model which I do not agree with.”

Kodi has now submitted a notice to Google with the hope that things will be reinstated soon.

This latest takedown comes just weeks after Kodi spoke out about the ways in which its player is being used.

In a blog post, the player said: “Kodi is a free and open source media centre software application.

“It is created and supported by the group of unpaid volunteers known as Team Kodi”One important point of note is that whilst Team Kodi produces media centre software, one thing that we do not provide is actual media. We don’t make films, television channels or programmes, nor do we directly provide them as part of the software package that we distribute.

“We do not support media piracy, we support the best media player possible for everyone and provide a media centre, not “free TV and movies”. In the past, out of our very scant resources, we have worked in cooperation with media companies on such matters to check illegal activities and we will continue to do so.

“We do not have resources to be involved in litigation, especially those in foreign jurisdictions. We are disappointed and reject the incorrect characterisation of Kodi, its software, or its volunteer community.”