The new baseball season began in South Korea on Tuesday with the crack of the bat and the sound of the ball smacking into the catcher’s mitt echoing around empty stadiums.

After a weeks-long delay because of the coronavirus pandemic, umpires wore protective masks and cheerleaders danced beneath rows of unoccupied seats as professional baseball got back on the field.

There were many faces in the stands in at least one stadium, but they were pictures instead of real people because fans aren’t allowed into the venues — at least for now.

Instead, it was easy to hear players cheering and shouting from the dugouts. And it was a relief to fans watching from home in a country that is now attempting to slowly return to pre-Covid-19 normalcy amid a waning caseload.

The country’s professional soccer leagues will kick off Friday, also without spectators in the stadiums.

As one of the world’s first major professional sports competitions to return to action amid the pandemic, the Korea Baseball Organisation has employed various preventive measures aimed at creating safe playing environments.

Players and coaches will go through fever screenings before entering stadiums, while umpires and first- and third-base coaches must wear masks during games. Players are prohibited from signing autographs or high-fiving teammates with bare hands.

Also, chewing tobacco was banned to prevent spitting, while masks and latex gloves will be required at training facilities.

Fans will be barred from games until the KBO is convinced the risk of infection has been minimised. If any member of a team tests positive for the coronavirus at any point of the season, the league will be shut down for at least three weeks.

On Tuesday, teams tried to create a festive atmosphere in the empty stadiums.

In a game in the capital, LG Twins defeated crosstown rival and defending champion Doosan Bears 8-2 at Jamsil Stadium, where the outfield seats were decked with huge banners of the Twins’ cheering slogans.

Twins outfielder Kim Hyun-soo, who spent some time with the Baltimore Orioles, hit the league’s first home run of the season in the third inning, a two-run shot off Bears starter Raul Alcantara. As he rounded the bases, Kim extended a hand toward third-base coach Kim Jea-gul, who raised his arm but stayed out of contact. 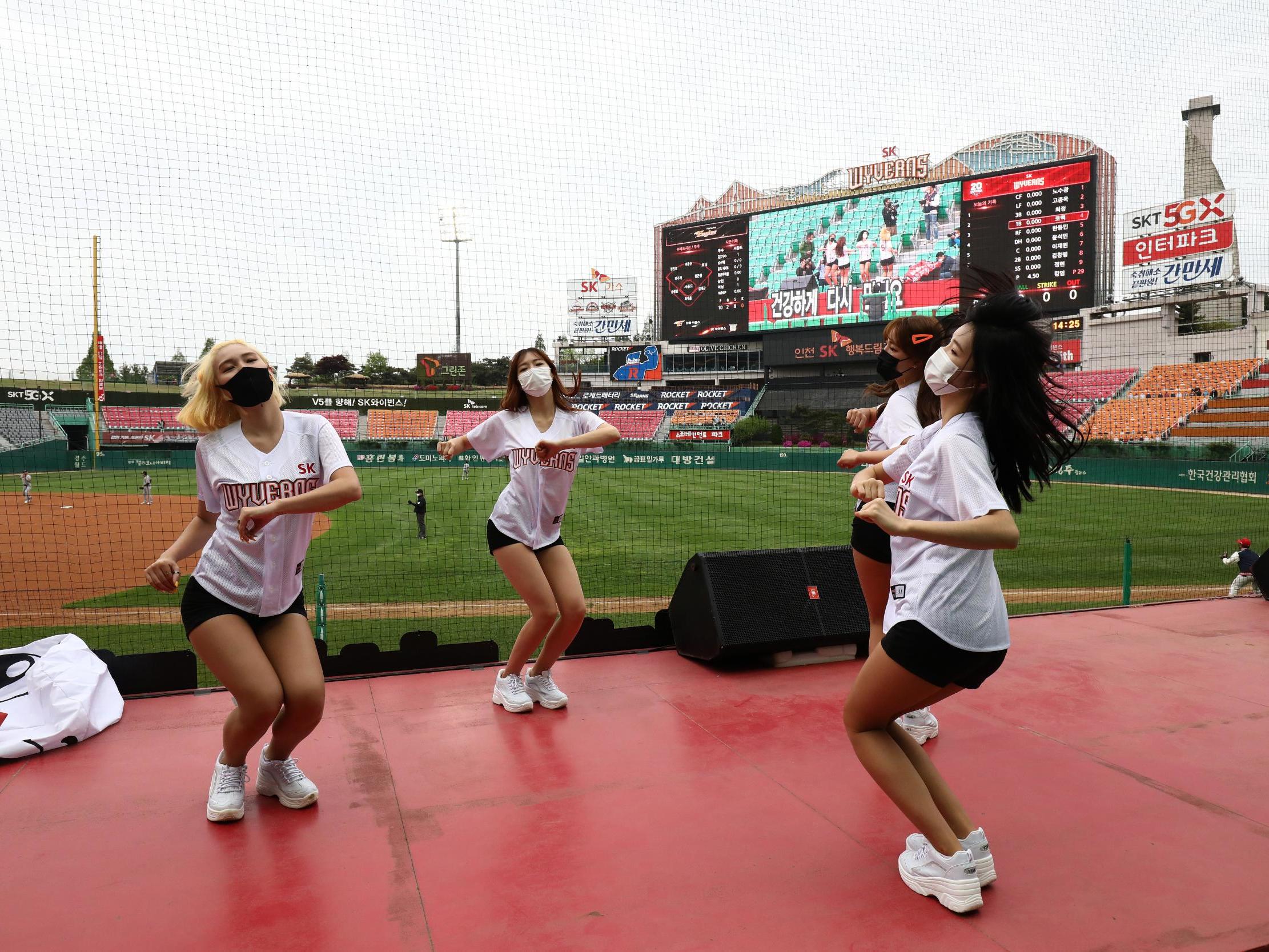 In Daegu, the city worst hit by the virus, the Samsung Lions used their huge scoreboard to play video messages from players, celebrities and fans thanking doctors and medical staff fighting the outbreak, which overwhelmed the city’s hospitals in late February and March before slowing in recent weeks. The Lions fell to the Changwon-based NC Dinos 4-0 in a game that was broadcast on ESPN all over the world.

Park Byung-ho, who had a short stint with the Minnesota Twins, smacked a two-run shot for the Heroes in the eighth and used his gloved right hand to slap the hands of his first- and third-base coaches before switching to fist bumps and elbow dabs in the dugout.

A full season of baseball seemed doubtful in early March when South Korea was reporting about 500 new virus infections a day, forcing the KBO to postpone its March 28 season openers. 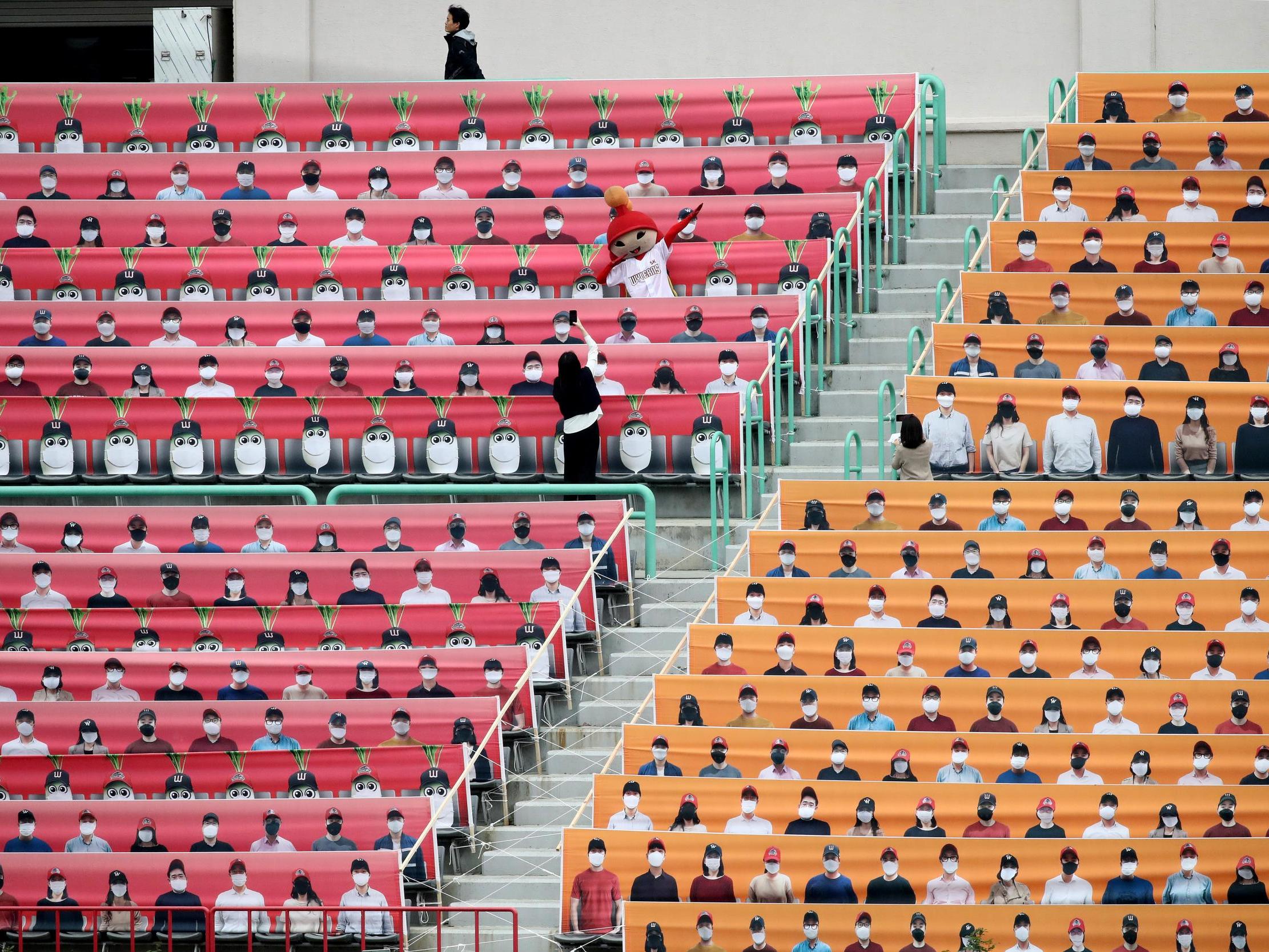 Officials have started relaxing social distancing guidelines and are preparing to reopen schools, starting with high school seniors on May 13.

Barring any virus-related suspension, the KBO plans to maintain a 144-game regular season schedule. But it decided to scrap its all-star game and shorten the first round of the playoffs from best-of-five to best-of-three series.