An unlikely alliance. Kyle Richards and Brandi Glanville haven’t always seen eye to eye, but when it comes to Denise Richards, the Real Housewives of Beverly Hills OG is siding with her former frenemy.

“In the past I’ve seen Brandi be an a—hole. I’ve seen her have a temper and lash out, but I really don’t think that Brandi Glanville is a liar,” Kyle, 51, told Us Weekly exclusively. “I don’t know [Denise] well enough to really say [if she is someone who tells the truth], but I think that there are parts of her that she wants to edit and keep a certain way.” 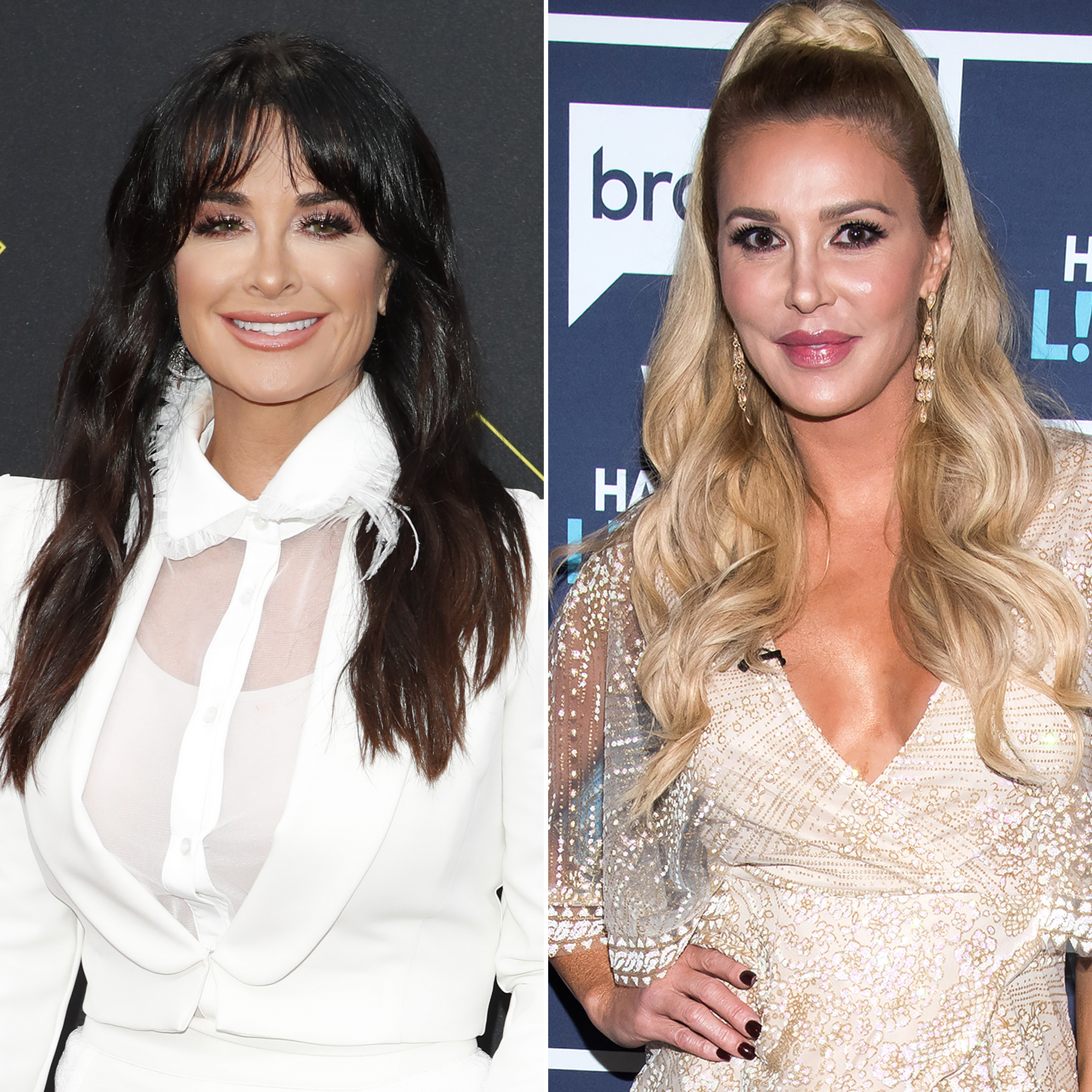 While Kyle and Denise have already argued during season 10 of the Bravo series, the drama with the Wild Things star will escalate later on in the season when Brandi, 47, alleges that she has hooked up with Denise in the past. Sources close to the actress have previously told Us that Denise did not have a sexual relationship with Brandi, but insiders on the Drinking and Tweeting author’s side have maintained that Brandi has the proof to back her claims up.

In the trailer for the season, fans see Denise tell her costars to stop talking about the hookup drama on camera.

“I think that’s where the ‘Bravo, Bravo, Bravo’ comes up. I think that she wants to censor a little bit,” Kyle told Us, confirming that repeating the network’s name is a signal for the cameras to stop rolling. “We used to do it when they would change the discs on the cameras when we wanted to touch up our lip gloss, but we’ve never done the ‘Bravo, Bravo, Bravo’ when we didn’t want to talk about something. If we did, they would have used it, clearly, as we’ve seen.”

While Brandi has yet to appear on season 10 of RHOBH, she has been vocal on social media about her distain for Denise — and newfound love for Kyle.

“I wish I could yell from the mountain tops the f—king truth but I can’t & I won’t but I have mad respect for @KyleRichards & her love for her sister,” Brandi tweeted on Wednesday, May 13. “So please come for me all you want but y’all know NOTHING.”

For more from Kyle, watch the videos above! The Real Housewives of Beverly Hills airs on Bravo Wednesdays at 8 p.m. ET.