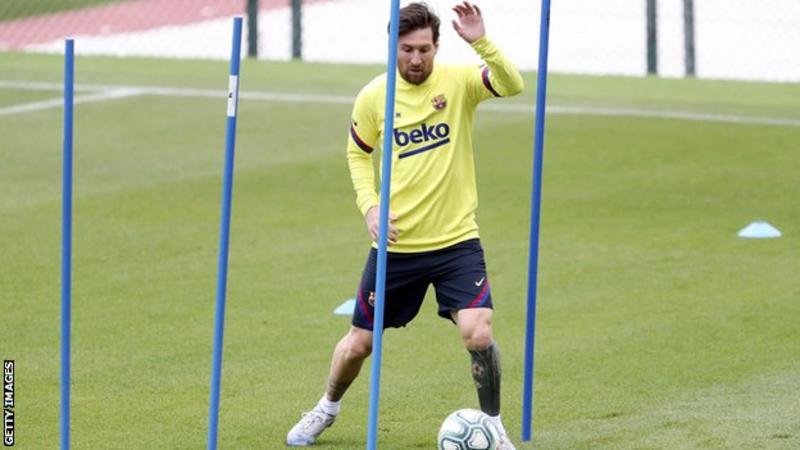 La Liga clubs are set to start group training on Monday as they step up a return to action in June.

It is understood they will now be able to train in groups of no more than 10 from Monday.

The next phase would be a return to full training before a possible La Liga restart behind closed doors on 12 June.

The number of players involved in the initial phase of group training was going to be eight but this has been increased by two.

The low number of positive tests also means that players and staff do not need to be based at the team training camp and can stay at home.