LIONEL MESSI is reportedly a doubt for the LaLiga return after suffering a muscle tear in his leg.

The Barcelona captain, 32, felt a sharp pain in his right adductor towards the end of training on Tuesday and immediately went for a scan. 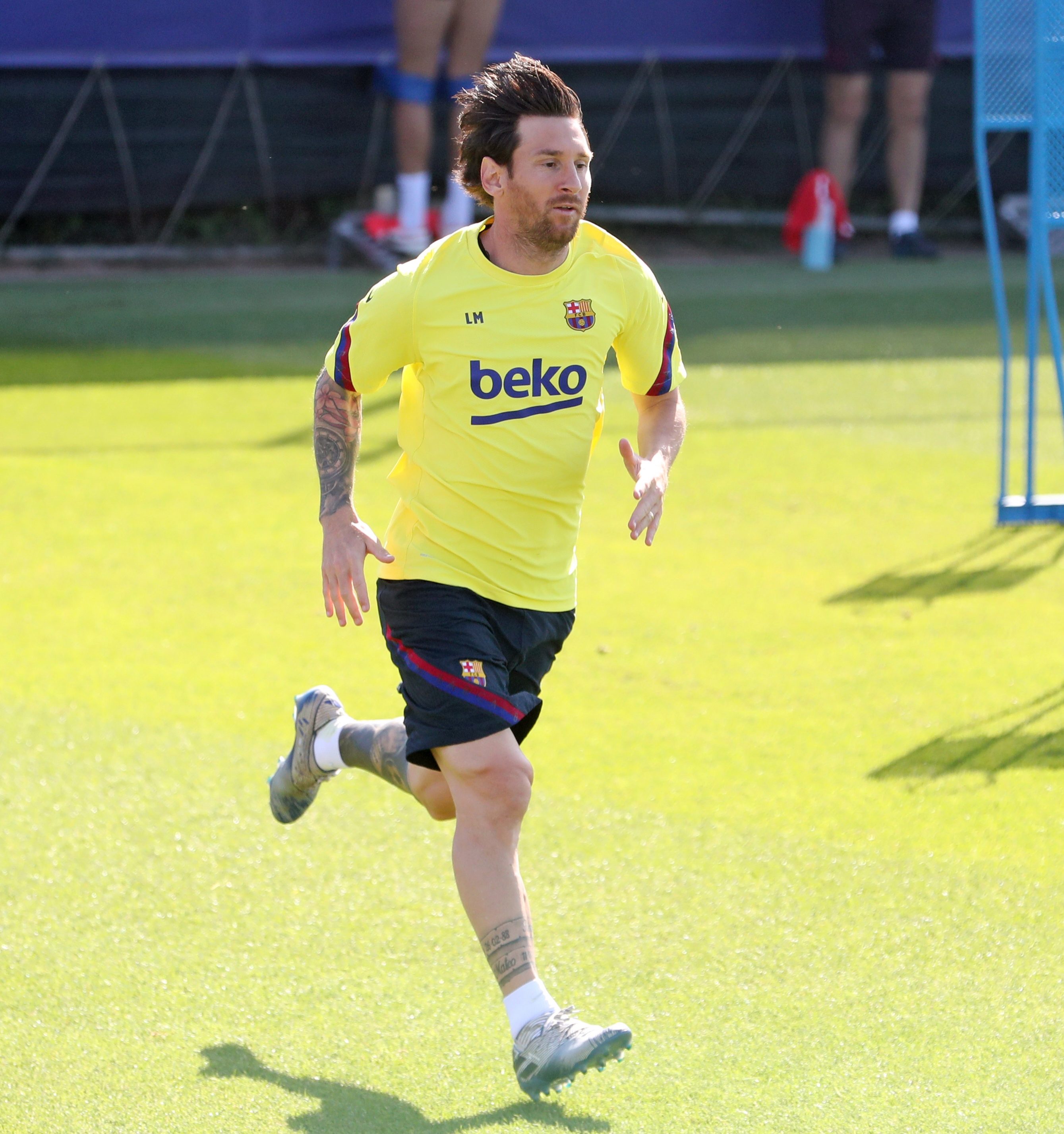 And according to AS, the injury has left alarm bells ringing at the club as they look to seal the league title.

He was forced to sit out of training on Wednesday and the Argentine great faces a race to get back up to full fitness.

Barca resume their LaLiga campaign on June 13 with a visit to Mallorca.

That is the first in a run of 11 matches in just five weeks which will complete the league season.

The Catalan giants currently sit top on 58 points, just two clear of arch-rivals Real Madrid, with Los Blancos boasting a better head-to-head record thanks to a 0-0 draw and 2-0 win.

So Barcelona boss Quique Setien will be sweating over Messi's fitness ahead of the restart while still trying to protect him to keep him fit for the remainder of the campaign.

Messi has scored 24 goals and provided 16 assists so far this term, with 19 strikes in the league.

And he could well be sorely missed if he is unavailable for the standout fixtures against Sevilla and Atletico Madrid.

Football in Spain's top flight is set to get back underway on June 11 with Sevilla against rivals Real Betis.

But when it does, managers will be able to make five substitutions and Setien is worried that will hinder his side.

He said: "I think having five substitutes could actually be detrimental to us because of the way we play.

"We know that a lot of the time we resolve matches in the latter stages of the game.

"Therefore, if you give the opposition the option of putting on fresh players during that time, the weakness that is generated, by tiring their players, won't happen to the same degree.

"That said, it can also give you more resources at a specific moment. So, it is an unknown quantity and we'll see how it goes."

However, Messi and Barcelona could clash again with the off-field issues after the players reportedly rejected an appeal to take a second pay cut to help ease the financial struggles for the club.

The superstar squad agreed to a 70 per cent cut back in March with the club expected to lose £174million in revenue.

Skipper Messi – whose current contract runs out next year – was one of the first players to announce the agreement which also saw the squad donate additional funds to top up the salaries of non-playing staff.

But Messi let rip at club bosses for placing extra pressure on the players to take the deal when they would have agreed to it anyway.