Until this point, you may have thought that the final season of “Game of Thrones” and Greta Gerwig’s 2019 period drama “Little Women” couldn’t be more different. But now, we’d be like, water you even talking about?

Some of the most viral aspects of “Game of Thrones” Season 8 were the scenes featuring a coffee cup and a water bottle that mistakenly appeared in the background. And, even though “Little Women” came out months ago, a similar blunder was just spotted recently.

With “Little Women” being available digitally last month, fans have finally noticed a water bottle and tumbler in the background of a scene at the Laurence house. It’s either an accident, or the Laurences are really so rich because they invented bottled water or time travel.

TikTok user @madelynrancourt seems to be the first to discover it, posting about the apparent blunder days ago.

The TikToker also pointed out that the “Little Women” cast actually broke down the scene for Vanity Fair, but failed to mention the water bottle. 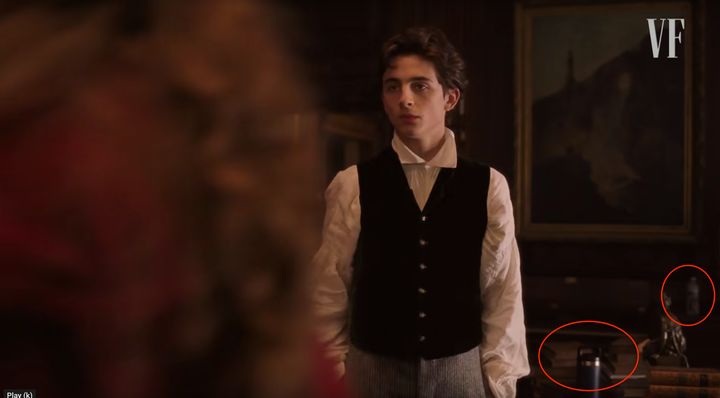 After the revelation, people had some water cooler talk.

“Little Women,” which got glowing reviews, is available now if you want to pause the scene over and over. Go ahead, drink it in.