OBITUARY: Ray Kennedy made football seem so effortless… he will be remembered for his first touch, vision and strength at Liverpool and Arsenal as well as a brooding intensity

It says everything about Ray Kennedy’s capacity to cope with the challenges of life that his extraordinary achievements with Liverpool and Arsenal came in the face of acute self-doubt.

In the early years at Arsenal, where he was a legend of the 1971 Double team and scored the title-winning goal at White Hart Lane, he often joked of going back to the job he had left as a trainee sugar boiler in a sweet factory at Whitley Bay in his native North East.

At Liverpool, where he arrived in 1974, he became convinced Bill Shankly, who resigned on the very day he signed, was privately expressing doubts about the wisdom of a £200,000 deal.

‘Keep at it, son,’ Shankly told Kennedy when he encountered him at the Melwood training ground one morning.

He wondered if that statement was loaded with meaning. He lost a stone in weight after joining Liverpool. He was one of life’s worriers. Kennedy, who has died at the age of 70 after living with Parkinson’s disease for 37 years, did not need to have any anxiety.

Steve Burtenshaw, his first guiding influence at Arsenal, marvelled at the first touch, vision and strength for which he is still remembered as a striker at that club. 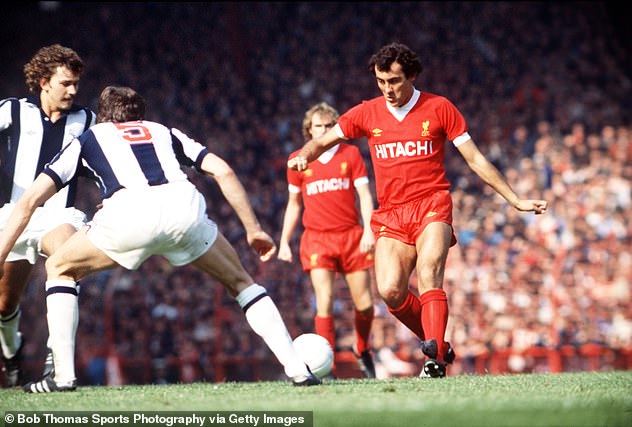 Ray Kennedy (right, pictured for Liverpool in 1980) has died after battling Parkinson’s disease 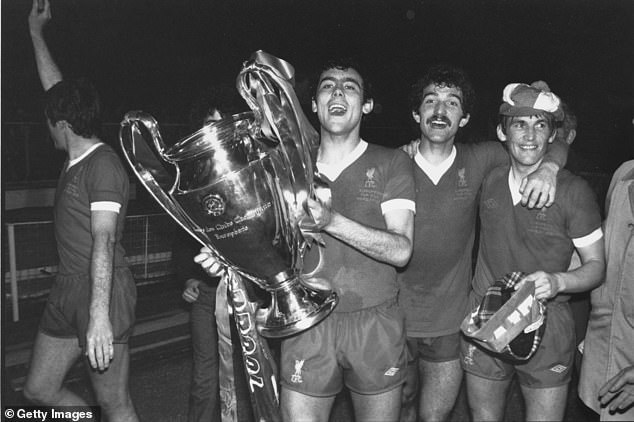 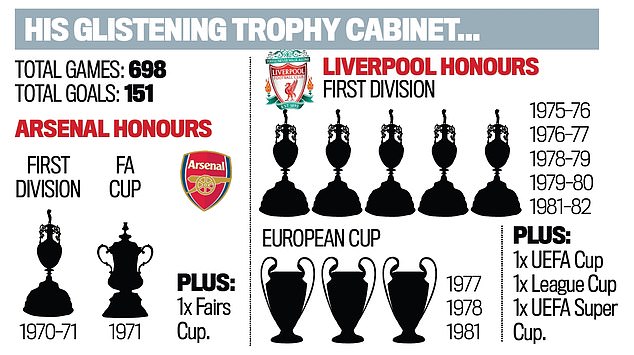 Those were qualities which saw him soar when Bob Paisley, newly appointed as Liverpool’s manager and looking for a way to improve him, learned through a chance encounter with Kennedy’s former secondary school games teacher that the schoolboy player had been a midfielder. Paisley, who always listened more than he spoke, told Kennedy he would be moving to the left side of midfield.

That complicated mind of Kennedy’s made him suspicious of this. His nickname at Liverpool was ‘Susser’, as he always seemed to be trying to ‘suss out’ an ulterior motive. But it was the making of him.

Many remember Kennedy’s smart, left-foot finish into the top of the net at Wolves which sealed the 1976 First Division title. And the gorgeous pass which set up David Fairclough’s legendary 1977 European Cup quarter-final winner against Saint-Etienne. 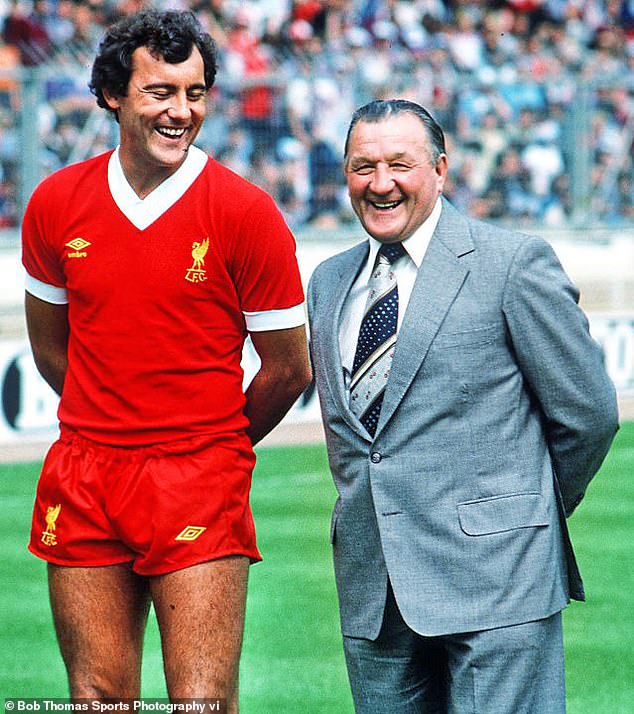 But most former team-mates were on Tuesday recalling his performance and goal for a weakened Liverpool against a seemingly invincible Bayern Munich in 1981. The ghosted run into the box to receive David Johnson’s pass, the control under pressure and finish into the corner. It was trademark Kennedy and it took Liverpool through to one of three European Cup finals that he won.

It all seemed so languid and effortless for him, though no one denied a brooding intensity could make him a difficult individual at times. One fight that broke out between him and Joey Jones on the team coach from Melwood to Anfield was still going on when the team arrived back there.

He was particularly sensitive to being mixed up with his Liverpool namesake, defender Alan Kennedy. So team-mates would routinely dial the Anfield players’ lounge phone from another extension and Kennedy would be beckoned over, only to find the caller asking: ‘Is that Alan?’ There was no room for the faint-hearted in that merciless Liverpool team.

Then there was the fracas in which Kennedy threw a chair at the landlord of the Bryn Howel Hotel in Llangollen, North Wales, on Liverpool’s one-night ‘mid-season break’ in 1981. Kennedy and Jimmy Case, his great friend and ally in that team, both wound up in Wrexham police cells, though Case has always felt Kennedy was elbowed first.

‘I always looked out for him. He told me he’d been chinned so I said, “Let’s sort it out!”’ Case told Sportsmail a few years ago. The incalculably hard struggles that lay ahead for Kennedy led some of his team-mates to wonder later if this extreme unpredictability was some kind of portent.

After Kennedy’s diagnosis in 1984, he worked with neurologist Dr Andrew Lees on a chronological record of symptoms that he remembered. These included his right hip pushing forward uncontrollably when he was walking, as early as 1975, a year after joining Liverpool. He was conscious of his right foot sometimes scuffing the ground in 1980.

By 1981, the year of the Bayern triumph, he was feeling increased discomfort when training, a stiff right arm and poor arm swing. After leaving Liverpool in 1982, he had spells at Swansea, Hartlepool and Cypriot club Pezoporikos, as player-manager. 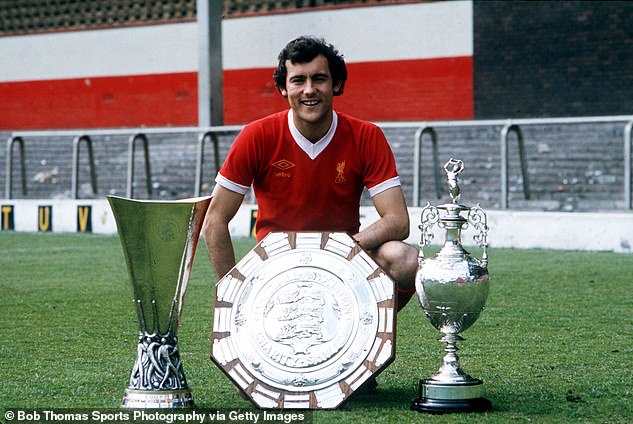 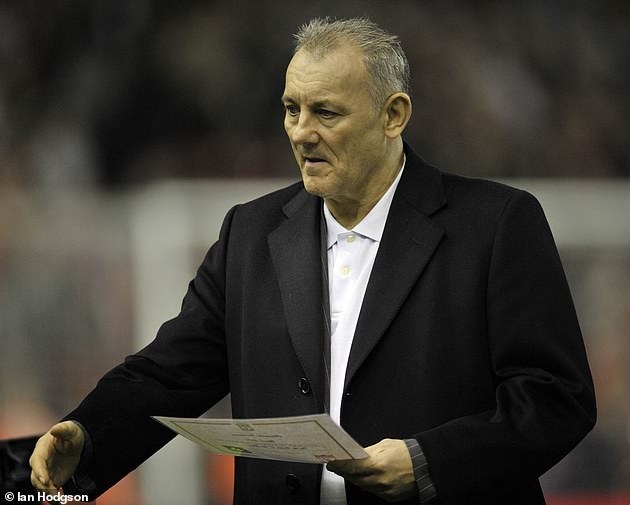 A brief time helping Lawrie McMenemy at Sunderland was so invigorating that he briefly felt he might have beaten the illness. It wasn’t to be, of course, though tireless work followed for the Parkinson’s Disease Society.

Kennedy’s former colleagues marvelled on Tuesday that the player they always wanted to see on the team-sheet had brought so much — regardless of whether or not he carried a burden they were oblivious to.

‘The fans at times didn’t appreciate what Ray brought because it was a different way of playing. They thought he wasn’t working hard enough.

‘But what he had was an incredible left foot, not just for scoring goals but for creating them. And the timing of his runs, too. For a midfield player he was incredible and, for us, he was one of the unsung heroes.’