Mimi Faust is a staple in the Love & Hip Hop franchise. However, the longtime cast member revealed that she had her pay docked because her life isn’t as drama-filled as it used to be. 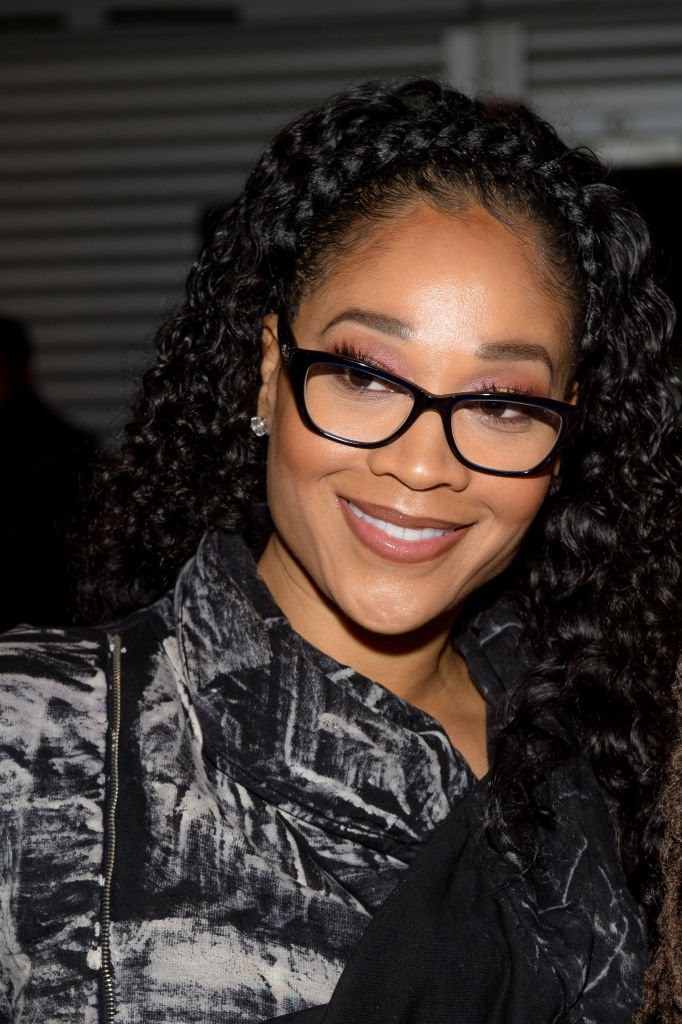 Faust is one of the original six main cast members of Love & Hip Hop: Atlanta. In the early seasons, her main storyline involved her fraught relationship with on-again, off-again boyfriend, Stevie J. The duo had been involved for almost two years and also have a child together. Faust had a bitter feud with Stevie’s girlfriend, Joseline Hernandez. The two battled for most of Hernandez’s run on the series.

Another major storyline for Faust was when she and her then-boyfriend, Nikko Smith, filmed a sex tape. It was the talk of the show and the storyline carried through two seasons.

Faust would admit in season five that she is sexually fluid. She entered a relationship with Chris Gould, who later came out as a transgender man. The two ended up breaking up.

She says her pay was cut due to her behavior

Though Faust is in a much better place than she was in the earlier seasons, she says because she hasn’t had as much drama in her personal life, that has impacted her pay on the show. She spoke about the situation in an interview with Stacii Jae Johnson on Johnson’s YouTube series, Stacii Rants.

Faust explained, “I think the show has kind of switched gears a little bit. A lot actually, and I’ve elevated and grown from the BS I was in. And I’m happy and nobody wants to see the happy on Love And Hip Hop. They just don’t. Love And Hip Hop is not a happy arena. They want to see wigs flying and drinks thrown and somebody punching somebody in the face. That’s what they want to see. And unfortunately, I choose not to participate in that and I’ve had to take a major pay cut because of it. The reason was, I didn’t have enough ‘drama’ in my life. $150,000 I had to take because of it. $150,000 pay cut.”

She explained that produces wanted her to find drama, and if she could, her salary would stay the same. However, she didn’t want to bring any issues into her relationship with Young, so she decided to take the cut in pay. She claimed that in one of her final interviews for the season, the producers even asked her if Young had cheated on her.

“On my last interview, because you know, every season, we have to go back and talk to the producers and they’re like, ‘So what’s going on in your life? X, Y, and Z.’ And I think the second question I was asked was, was Ty cheating on me,” she said.

Both Faust and Ty were not down for that. “[It] was the second question the producers asked in my meeting. I was like, ‘Are you serious?’ Am I supposed to be f–ked up, in a bad place, being cheated on my whole life? At what point am I allowed to grow and be happy and be okay and be good? Why do I have to consistently be cheated on every relationship that I’m in? But that’s what they want. And they were like, you either find some drama, find some drama or…you better go find some drama. I wasn’t willing to do that. I wasn’t willing to put my relationship in that place because if you bring BS to the table, you brought BS to your table. My girlfriend’s not with it. She’s not with, ‘oh let’s play and act like…,’ she’s not that girl. So that wasn’t an option for me, to act like she’s cheating on me or I’m cheating on her, for TV. We not doing that, so I took a pay cut.”

Faust went as far as to even hint that she may not be on the show much longer, admitting that she really doesn’t have a place anymore. For Faust, she’s just unbothered while everyone else is pressed.

She said, “Honestly, I don’t even feel like I belong on the show anymore. I feel like a total outcast and an alien because I don’t even know what’s going on. What are we fighting about? That’s why I just sit there because I’m like, what? When I was going through my s**t, I was really going through some s**t for real. Really real. It was a f**ked up situation. Today they’re fighting over who’s the queen of Atlanta. What? I don’t understand, so I’m not going to get involved. I just don’t get it.”

The ninth season of Love & Hip Hop is now available to stream on-demand via VH1.