CLAUDIO BRAVO was the unlikely hero as Manchester City made it six domestic trophies out of seven with a narrow win at Wembley.

The much maligned Chilean produced a superb late stop to tip Bjorn Engels late header onto the post and deny Aston Villa an equaliser. 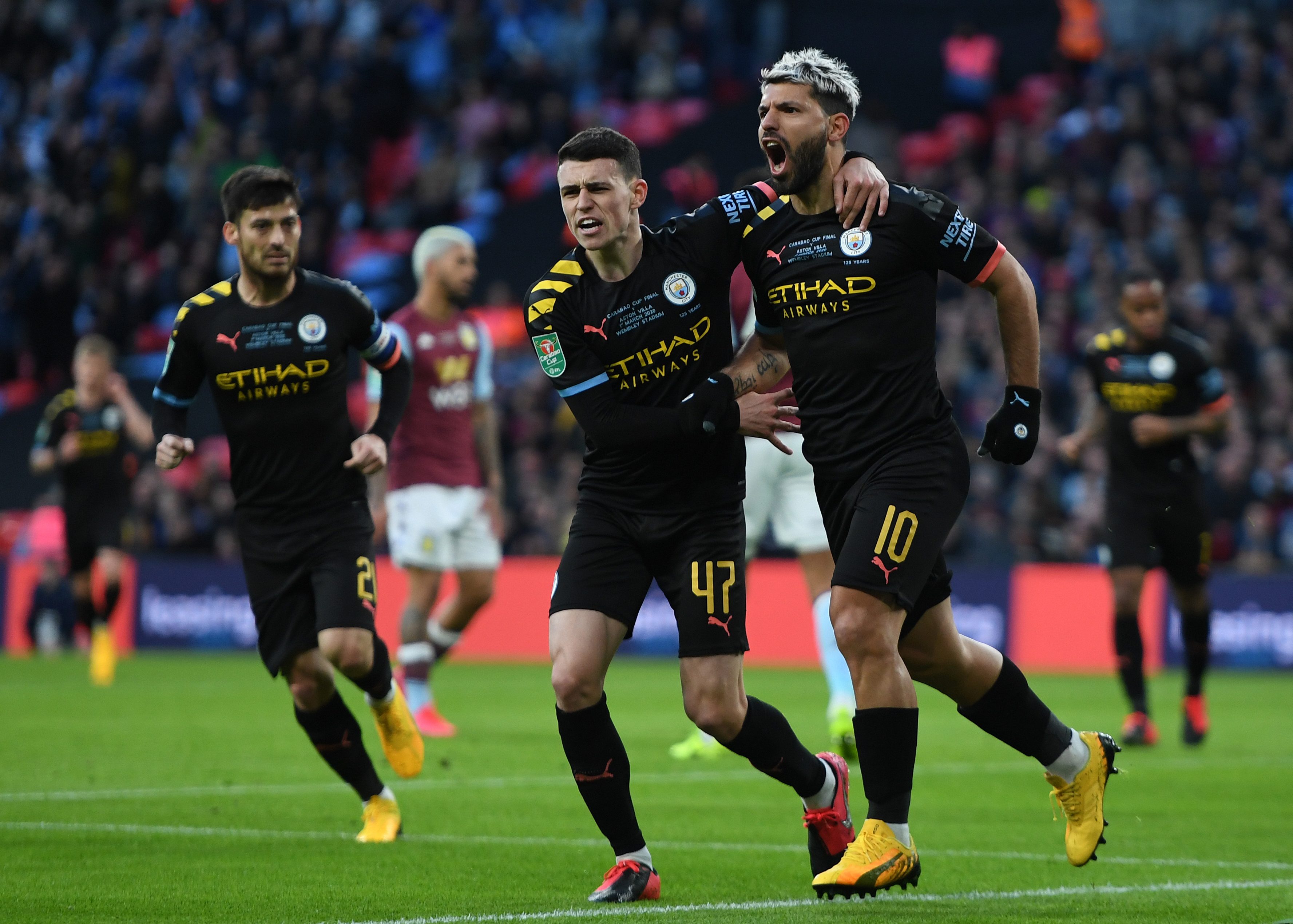 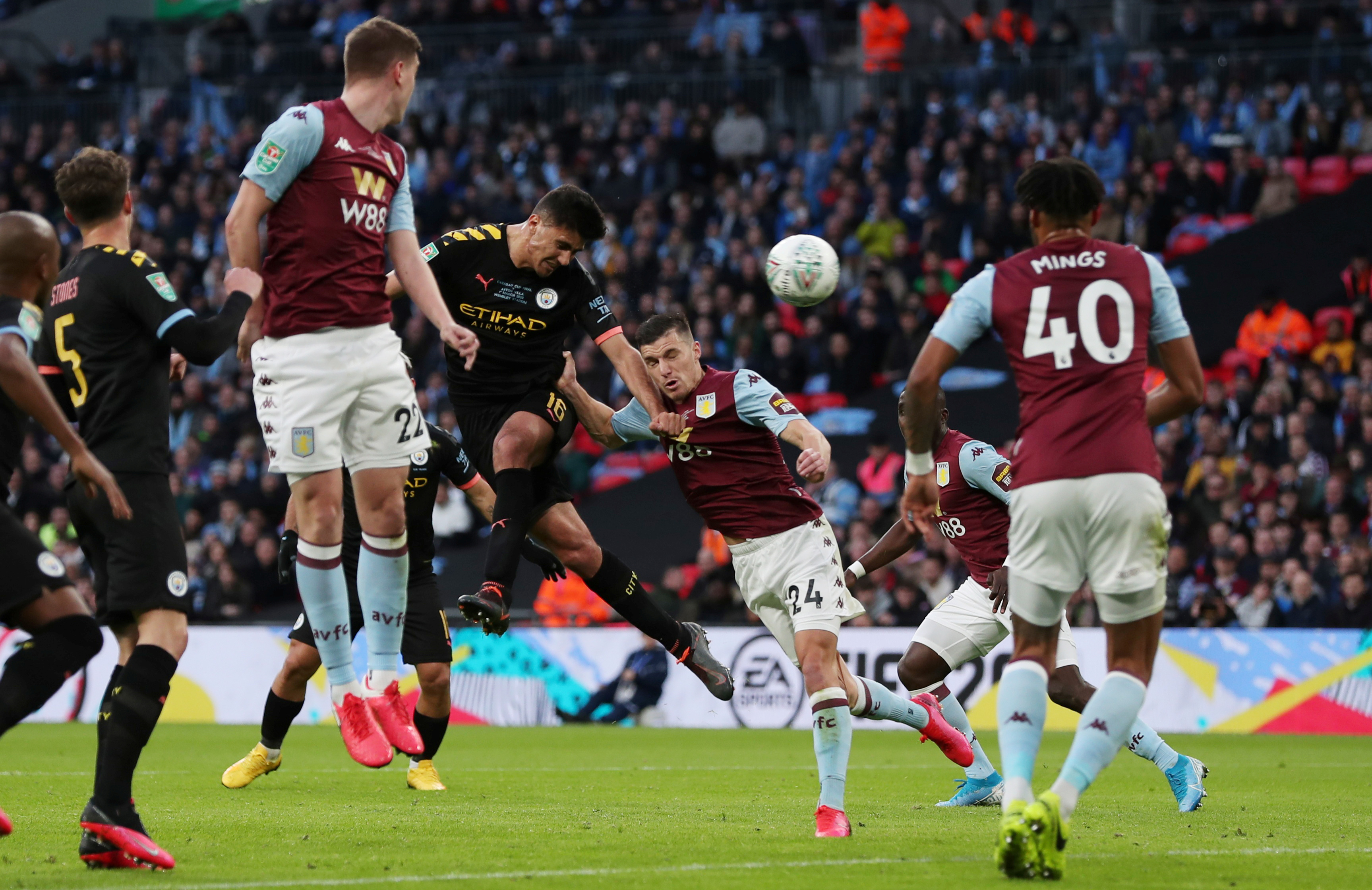 Goals from Sergio Aguero and Rodri proved to be enough as Pep Guardiola’s glittering streak of trophies continued.

But a much changed City found their rhythm after a slow start and two goals in 10 minutes looked to have put the game to bed.

A long ball from Rodri found Phil Foden at the back post and he nodded back into the area for Sergio Aguero to fire past Orjan Nyland.

That’s the Argentine’s 253rd goal for City – co-incidentally the same number Wayne Rooney got across town at Manchester United.

And 10 minutes later City appeared to be cruising as Ilkay Gundogan’s corner was nodded in emphatically by Rodri.

Villa looked in danger of being overwhelmed but credit to them for finding their way back into it after a John Stones stumble.

Anwar El Ghazi took full advantage – hanging up a cross from the left and there was Mbwana Samatta to dive and head home beyond Claudio Bravo.

What a moment for Villa’s travelling fans – who included Prince William among their number- and the Tanzanian striker. Suddenly it was game on again. 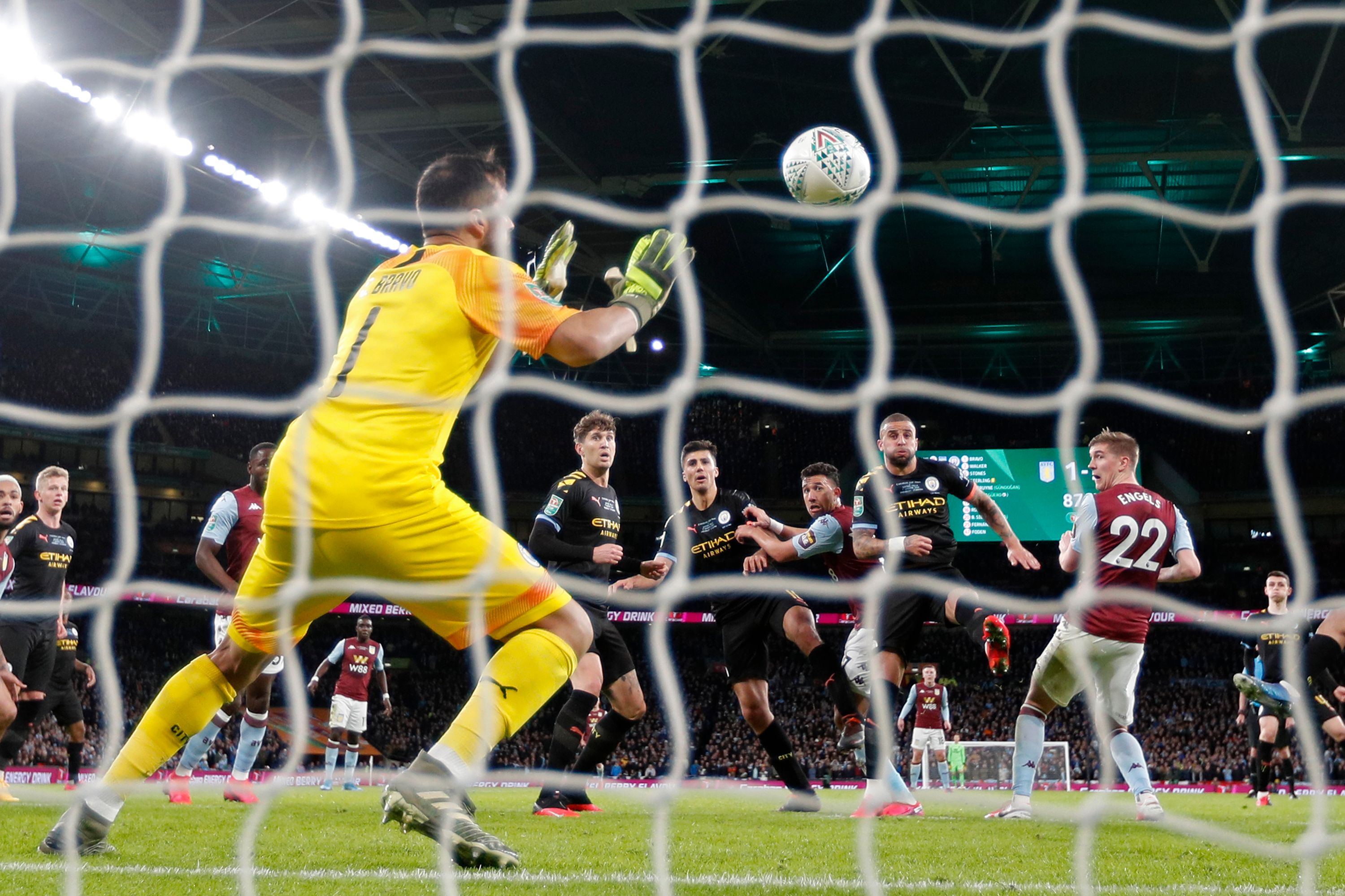 Chances were harder to come by in the second half – although Nyland saved smartly from another Rodri header.

With the clock ticking down, Engels rose to meet a Jack Grealish corner but his header was superbly pushed onto the post by Bravo.

Sub Bernardo Silva could have wrapped it up after that but Nyland saved with his legs – however it didn’t matter as City held on. 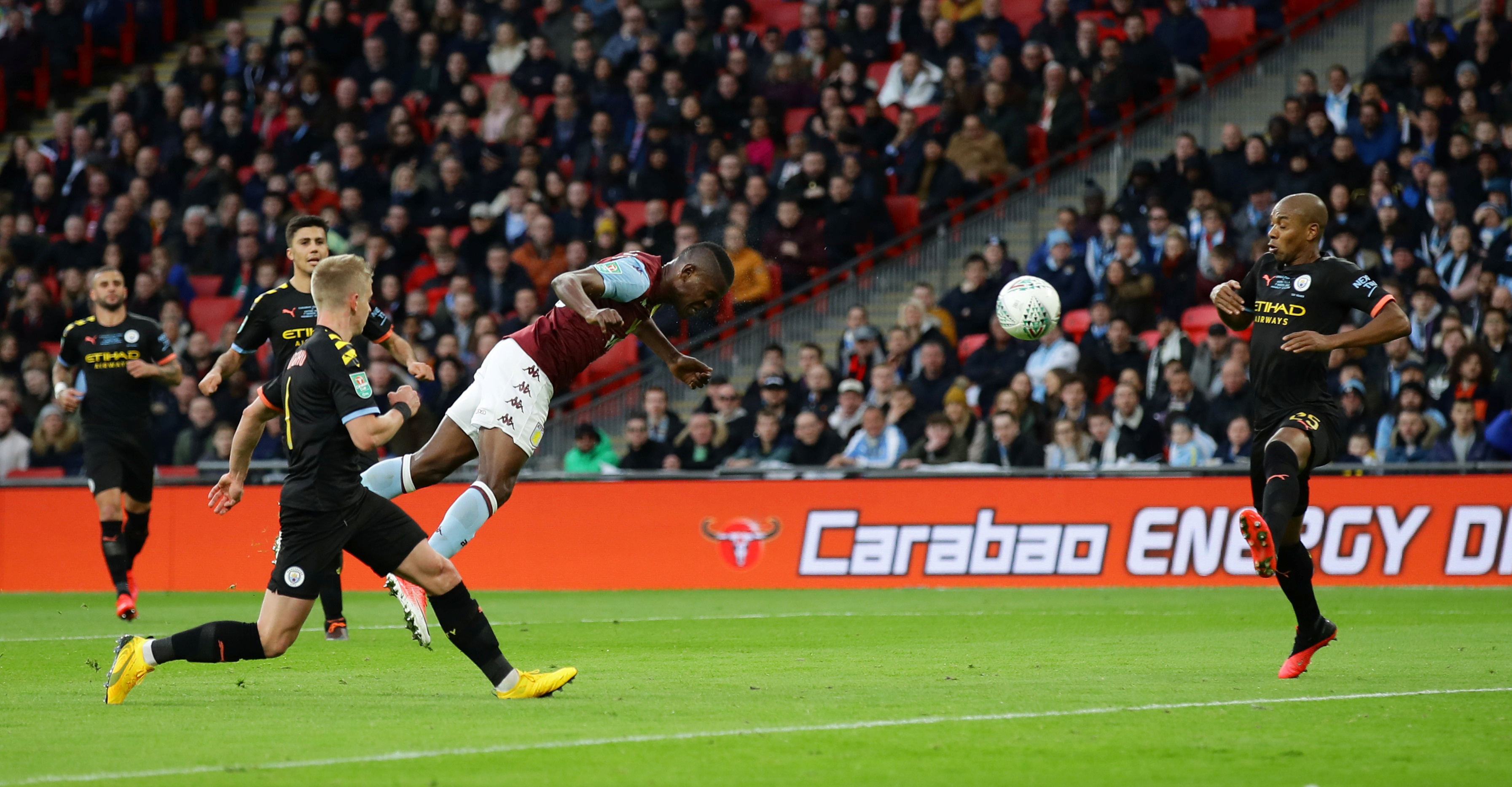