Pep Guardiola's side won Group A by a single point – pipping French giants Paris Saint-Germain to top spot despite a 2-1 defeat at RB Leipzig on Tuesday. 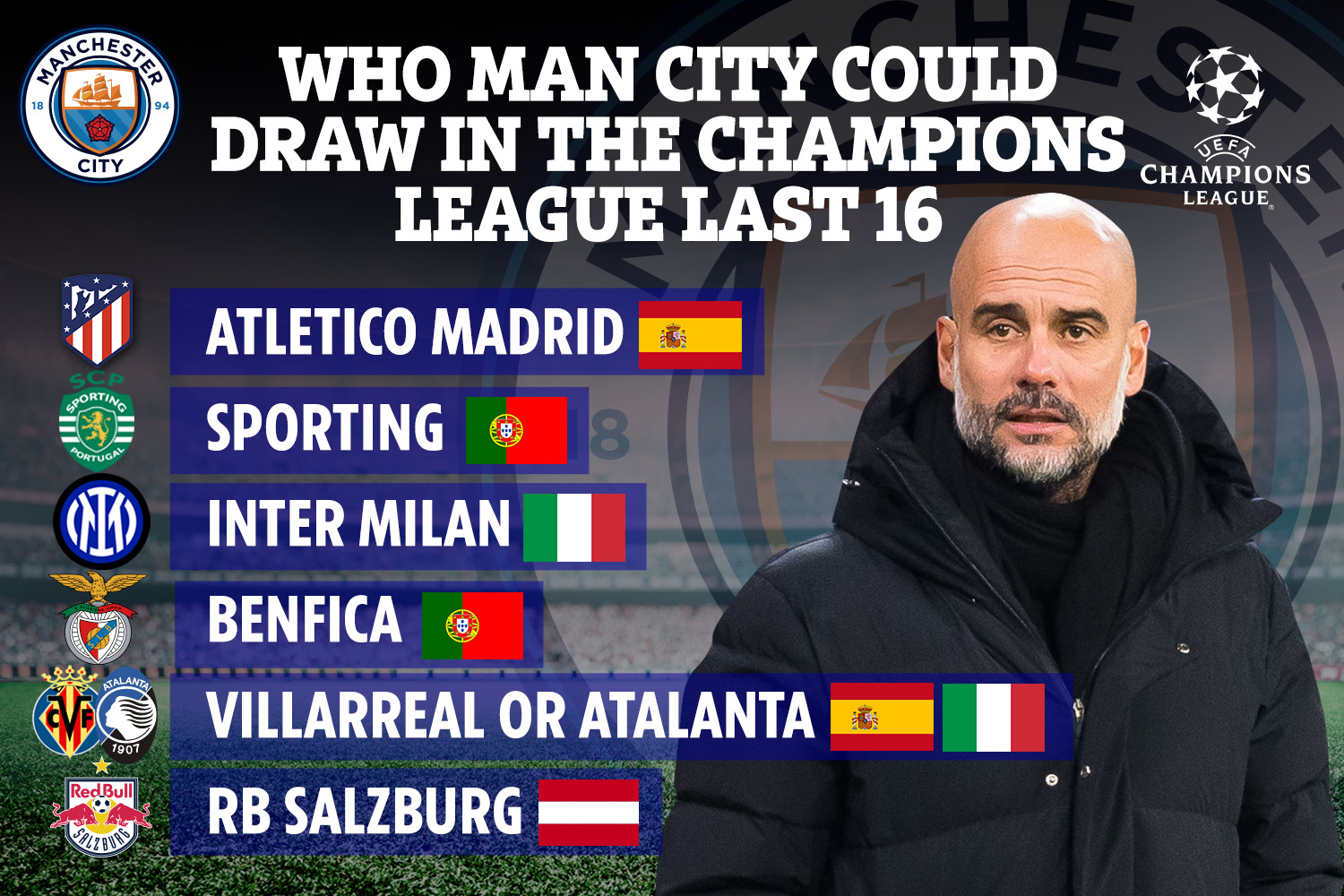 Uefa rules state teams cannot draw clubs from their own country until the quarter-finals.

Nor can they face sides from their group in the last 16.

This rules out PSG who beat Club Brugge 4-1 on Tuesday.

And it also means all-Premier League clashes with Chelsea, Manchester United and Liverpool are off the cards for now.

Having come top of their group, Guardiola's men are in a pot with the other group winners and can only be drawn against runners up.

But that doesn't mean they'll avoid some of Europe's biggest clubs.

CAN LIV WITH THAT

Atletico came a distant second to Liverpool in Group B while Inter fell five points short of Real Madrid in Group D.

City could also face Villarreal or Atalanta – whichever one qualifies after their match was postponed because of snow on Wednesday – who will come second to Man Utd in Group F.

And Portuguese giants Benfica ended up a whopping ten points behind Bayern Munich in Group E.

But they pipped crisis-hit Barcelona to second spot with 'p***** off Xavi' blasting his flops after they dropped into the Europa League.

Austrian outfit RB Salzburg are the last team the Red Devils could face after they came second between table-toppers Lille and third-placed Sevilla in Group G.

The draw is being made in Switzerland at 11am UK time on Monday.