MANCHESTER UNITED legend Gary Neville has trolled Liverpool again by posting a shocked selfie after the Reds fell behind to Bournemouth.

The Sky Sports pundit made the headlines for posting a video of himself opening a bottle of champagne after Jurgen Klopp's sides 3-0 loss at Watford ended their 44-match unbeaten run. 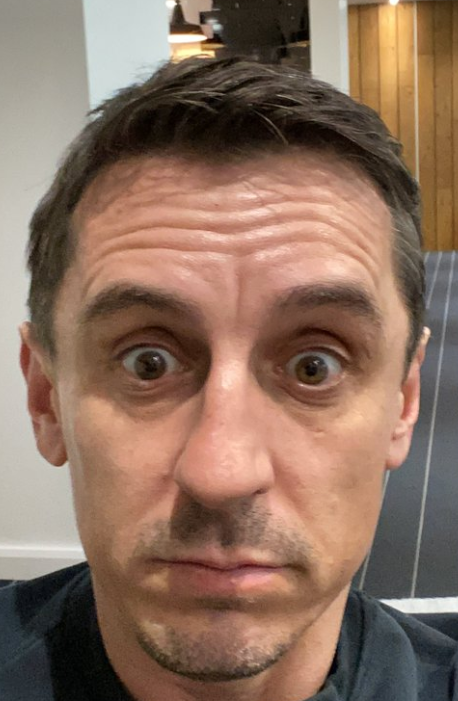 And he was back at it again after Callum Wilson stunned Liverpool with an early goal at Anfield by posting a selfie of himself looking shocked.

But Neville's reaction epically backfired as the Reds soon stormed into the lead following quick-fire strikes from Mo Salah and Sadio Mane.

And the snap came just after a day after the ex-Valencia boss was criticised by former England teammate Martin Keown for reveling in a rival's loss.

The Arsenal defender told talkSPORT: "I’d try to show a little bit more class than that.

"I don’t profit from someone else failing. We won it when we won it and nobody can take that away.

"Look, it’s all in jest, he’s probably having a bit of a laugh but at the end of the day I don’t know why we are celebrating someone else’s demise.

"I’d only celebrate when we won. I won for us. I don’t win to stop someone else from winning."

I’d try to show a little bit more class than that. I don’t profit from someone else failing.

Liverpool's defeat to Watford meant they failed to match Arsenal's Invincibles record but Keown, who was part of that Gunners side, also suggested that the Reds might end up going unbeaten next season.

He added: "What is does do is underline what an achievement it was because it really was quite phenomenal where you have to be driven every day of the week for months on end.

"A special group of players I was very fortunate to be with. I’d seen them mature into winning machines.

" Liverpool will get that back and I do feel next season could be the year they go unbeaten, because Jurgen Klopp at the head of that team has been quite magnificent.

"We have some amazing managers in the Premier League and we are blessed to have them on these shores."

Wilson had surprised Liverpool with an early goal against the run of play, tapping into an empty net from Jefferson Lerma's cross.