MANCHESTER UNITED legend Roy Keane absolutely savaged David De Gea for his blunder against Everton and raged: "I'd kill him."

Keane tore De Gea a new one after the keeper's dozy pass clattered into Dominic Calvert-Lewin and into the net. 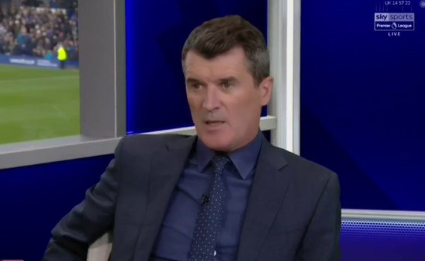 United fans themselves were in meltdown over the Spain star's monumental error.

But it appears no one was an angry as Old Trafford icon Keane in the Sky Sports studio.

Reacting to the howler, Keane blasted: "I'd kill him.

"He takes way too long. What are you doing?

"These are huge moments for [the race for] top four. It's a bit of arrogance to it.

"I would've lynched him at half-time."