MANCHESTER UNITED are "unhappy" with David De Gea's form and are lining up Andre Onana as his replacement.

The Spaniard, 29, has made three errors leading to goals this season and appears to be struggling for confidence. 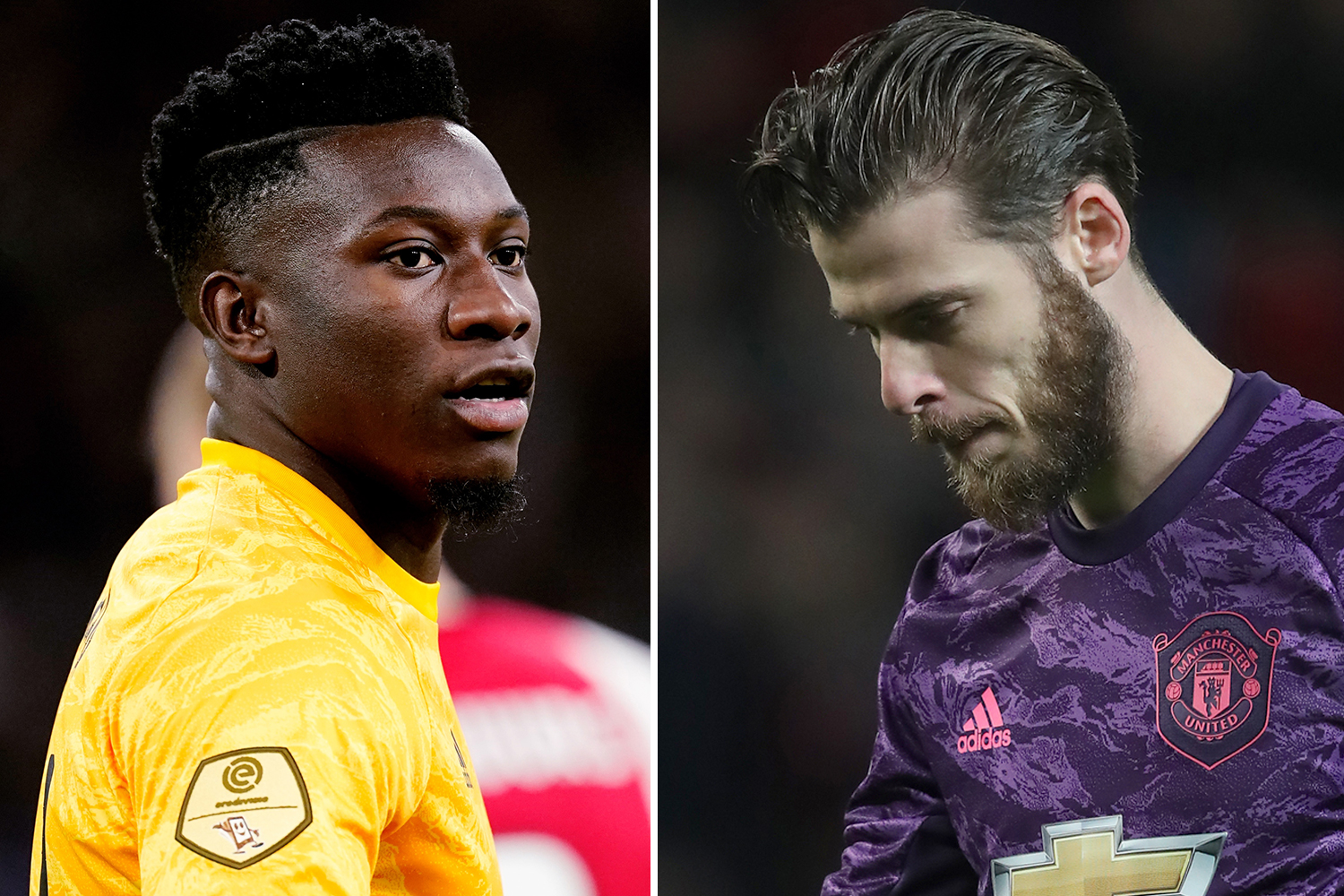 Only Newcastle stopper Martin Dubravka has made more in the Premier League than De Gea, whose latest blunder came against Everton on March 1.

With just three minutes on the clock, he dawdled on a back-pass for far too long and once he eventually got his clearance away, Dominic Calvert-Lewin had pressed and the ball ricocheted off the English striker into the back of the net.

Now according to Duncan Castles on The Transfer Window podcast, United are growing frustrated with their No1.

That is despite the fact he signed a whopping £375,000-a-week, four-year contract extension at Old Trafford in September.

There are suggestions Manchester United would even be opening to selling the former Atletico Madrid man if a reasonable offer comes in, with Juventus, Paris Saint-Germain and Real Madrid all linked with moves.

And if they do let De Gea go, the Red Devils could turn to Ajax stopper Onana.

The Cameroon international was the subject of interest from Ole Gunnar Solskjaer last summer – there were reports of a £35million bid being rejected – after helping his side reach the Champions League semi-finals.

Chelsea, Tottenham and Barcelona, the club from whom Ajax signed Onana, are all looking at the 24-year-old 'keeper as well, with Frank Lampard still thought to be considering axing Kepa Arrizabalaga.

But United legend and Ajax general director Edwin van der Sar warned any interested parties the stopper will not be available on the cheap.

He told Reuters: "In January last year, people said we were going to lose seven or eight players but we lost only two key members.