A British man who travelled to Australia to ask his girlfriend to marry him has revealed they are now both stranded in the country unable to afford a flight home to the UK – and feel ‘abandoned’ by the British authorities.

Keelan Charlton, 28, from Somerset, spent months planning his romantic proposal to Elley Bugler, 24, with the help of her best friend Paris Grose, 24.

After Elley said yes on March 1, the trio – along with pal George Panayides, 23 – went on a two-week road trip before returning to Brisbane, at which point Covid-19 was rapidly taking hold of the country.

Keelan’s flight back to Canada – where he was working – was cancelled, and when the group tried to find alternative tickets home to the UK, after the government advised all British citizens to return, fares had jumped thousands of dollars. 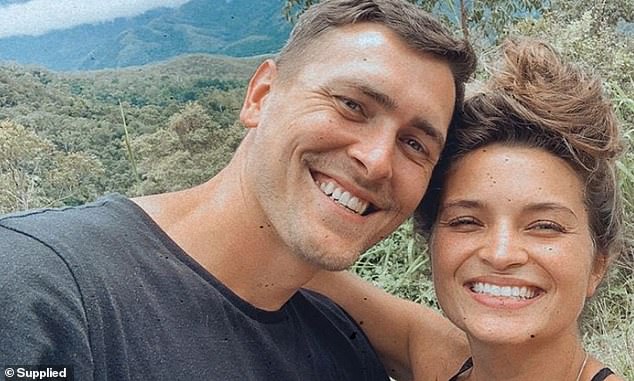 Keelan Charlton, 28, from Somerset, spent months planning his romantic proposal to Elley Bugler, 24, pictured together, with the help of her best friend Paris Grose, 24

Speaking to FEMAIL, Elley said they were scared to use the little money they had left between them to book a flight in case it was cancelled.

‘We read in the news that repatriation flights were being discussed and were a possibility for the near future, as there had been funding put into place in order to bring home all stranded UK citizens,’ she explained.

‘With this in mind we had no choice but to hold out for these flights. We called the British consulate, as advised by Australian home affairs, and asked for some advice on what we should do and what our options were with regards to any funding whilst we’re stuck here and if there were any repatriation flights being sent out to get UK citizens home.

‘The consulate said there was nothing they can do to help us, there’s no repatriation flights currently in place, and they don’t know if or when they will be available to us. 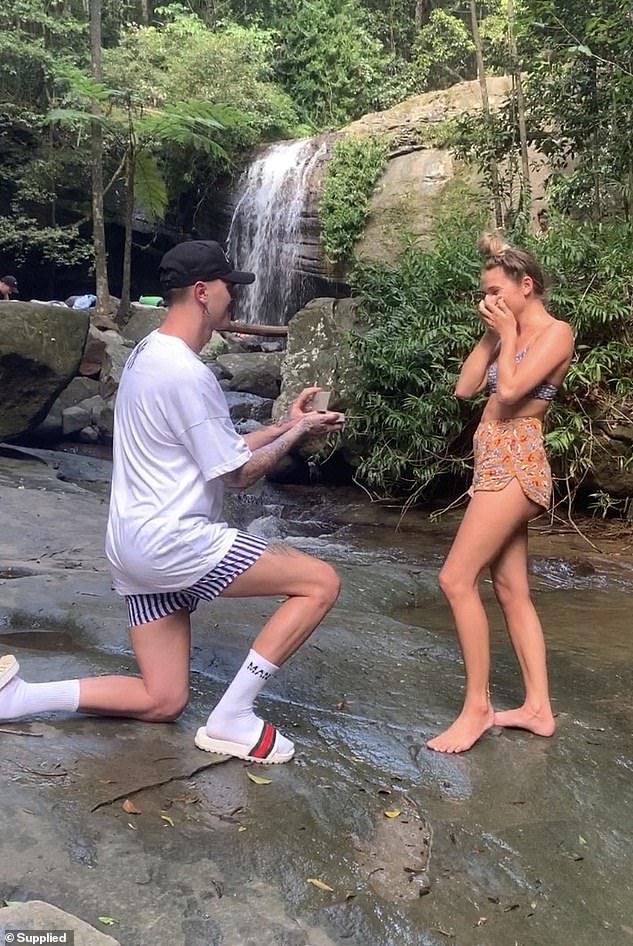 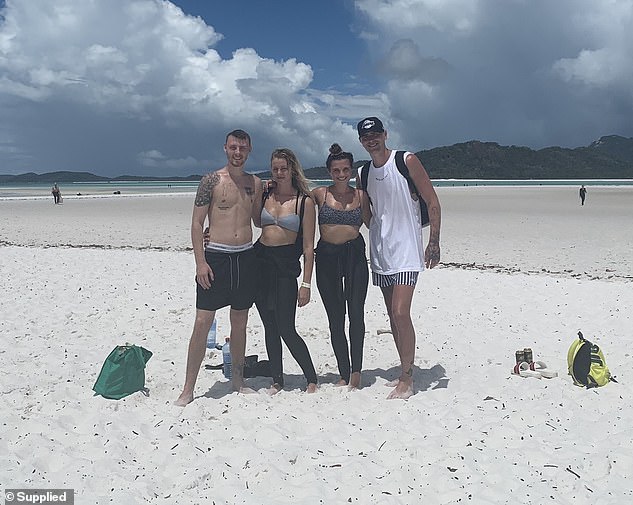 After Elley said yes on March 1, the trio – along with pal George Panayides, 23 – went on a two-week road trip (pictured at Whitsunday Islands)

‘I was also told there was no funding available for us. I asked what we were advised to do as we soon won’t be able to afford rent, and the advice given to me was, “I can’t help you, just take out a credit card and book a flight home.”

‘We felt abandoned and disappointed that the British consulate couldn’t give us any further advice or reassurance on how we could get home. I don’t think that Brits stranded abroad are getting enough support at all.’

Prior to the coronavirus outbreak, Paris and Elley had jobs as dental assistants in Brisbane on working holiday visas, while Keelan was labouring in Canada for Elley’s uncle, a carpenter.

Elley joined Paris, who has been in Australia since October, in January. She and Keelan, who have been together nearly seven years, live together in the UK but both decided to spend some time travelling – keeping in touch via FaceTime.

Elley admitted she had no idea Keelan was planning to propose – or that he had been plotting with Paris. 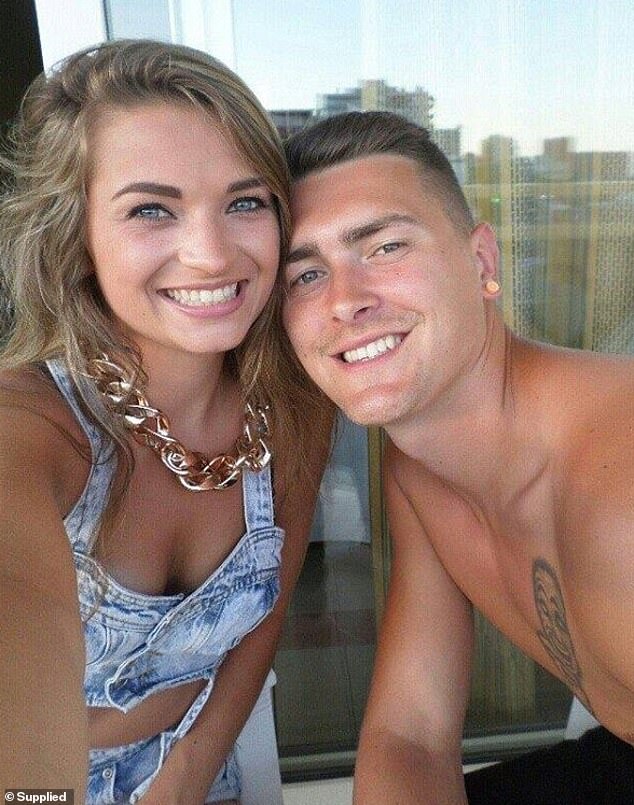 Elley, pictured with Keelan in 2014, said they are scared to use the little money they have left between them to book a flight in case it is cancelled

‘For two months they had been sorting out where it was going to happen and trying to find out my ring size whilst keeping it all a secret so I didn’t suspect a thing!’ she said.

‘A couple of days after Keelan landed in Australia he took me to Serenity Falls at Buderim Forest Park in Queensland, along with our friends.

‘I thought it was just a normal day, having a picnic by a waterfall with my friends, and the next thing I know Keelan was down on one knee asking me to marry him!

‘It was very surreal, I couldn’t believe that this had been planned from the moment I had arrived in Australia and I hadn’t suspected a thing! Keelan said that from the moment we left each other in England to go to Canada and Australia, he knew that it was the right thing to do after being together for almost seven years.’ 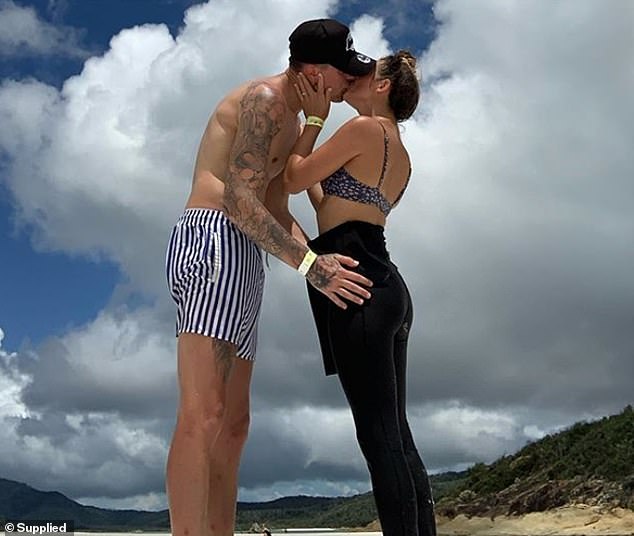 Keelan said from the moment they left each other in England to go to Canada and Australia, he knew that it was the right thing to propose, after being together for almost seven years

Elley’s plan was to remain in Australia until May, then fly to Bali with Paris before flying to Canada in June, where she’d meet Keelan and the pair would return to the UK together.

‘When we got back to Brisbane at the end of our road trip in a camper van from Brisbane to Cairns, things had become serious with Covid-19 and Keelan’s flight from Australia back to Canada had been cancelled,’ Elley explained.

‘We hadn’t booked any flights home to the UK as the ones we had looked at booking had already been cancelled, and several of our friends had also had one or multiple flights cancelled and lost thousands of dollars.’

With dental practices closing in Brisbane, the group were left with no income. Luckily a friend is letting them stay with her paying minimal rent. 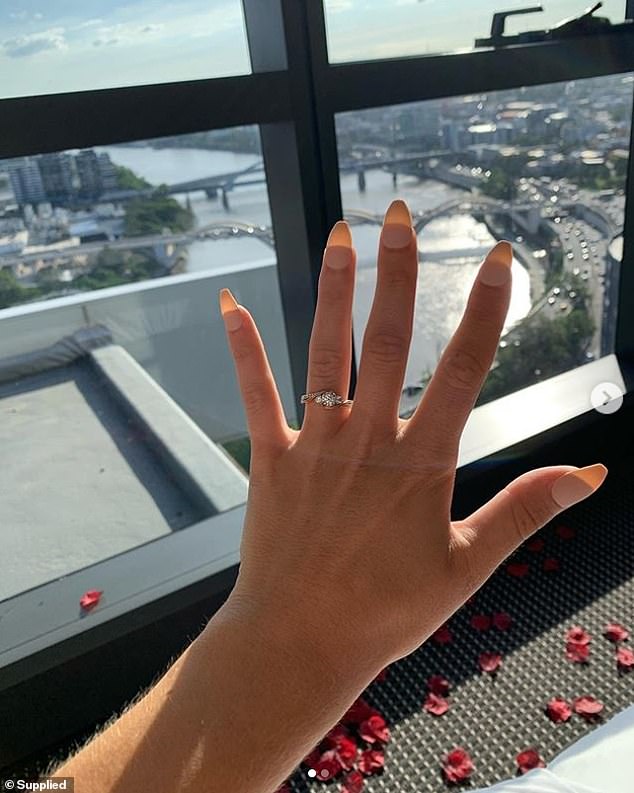 ‘Without this we would have nowhere else to go,’ Elley said. ‘I understand that UK citizens aren’t going to be a priority right now, but it would be nice to have a little bit of guidance and understanding from our consulate in this stressful situation.

‘Our friend has kindly taken us in, as we had no where else to go and no means to pay for rent in an apartment. We are very appreciative of this, but realise this is only a temporary measure while we wait for repatriation flights to become available.

‘The few commercial flights that are in place are too expensive and are still being cancelled, not to mention the fact borders are closing and the risk of being stranded in a transit airport somewhere would be very dangerous with the current pandemic. 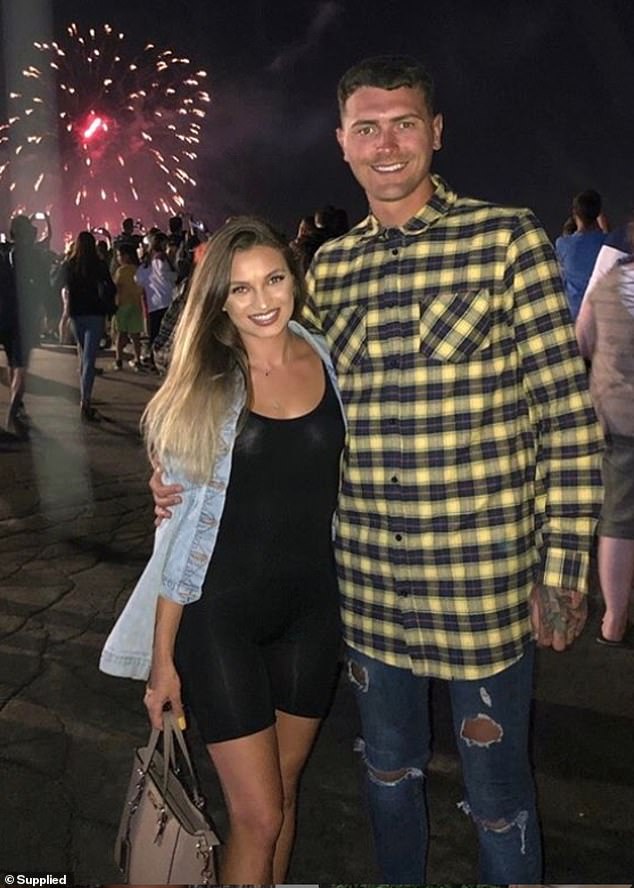 Elley and Keelan, pictured on their six year anniversary, said their families in the UK are very worried about them

‘Our families at home are very worried, they want us to get home as quickly and safely as possible.’

Elley set up a GoFundMe page to help them raise money towards the cost of their flights home.

‘Many of our friends and family from the UK have already supported us with this by sharing the post and making donations, for which we are very grateful,’ she said.

FEMAIL has reached out to the Foreign Office for comment.

The government has been urging against all foreign travel and for people to make their own way back for more than a week, but many have found it difficult to get tickets after many commercial flights have been cancelled.

New Zealand has imposed one of the strictest lockdowns of any country to battle the deadly disease, and has grounded international flights, leaving thousands of Brits, including doctors and nurses, desperate to get home.

Earlier this week Dominic Raab unveiled a £75million repatriation plan to bring home ‘tens of thousands’ of Britons stranded abroad because of the coronavirus crisis, starting this week.

The Foreign Secretary said the UK government will now step in to provide ‘special charter flights’ from parts of the world where commercial flights are no longer in operation.

The government has struck a partnership deal with British Airways, Easyjet, Jet2 and other airlines to provide the planes for the effort.

However, Mr Raab said in countries where commercial flights are still in operation, the instruction is still for Britons to buy tickets home ‘as soon as possible’.

‘Where commercial routes remain an option, airlines will be responsible for getting passengers home,’ he said.

‘That means offering alternative flights at little to no cost where routes have been cancelled.’

He also told airlines they must allow passengers to change tickets, including between carriers, as he told travellers: ‘For those still in those countries where commercial options are still available, don’t wait, don’t run the risk of getting stranded, the airlines are standing by to help you, please book your tickets as soon as possible.

‘Where commercial flights are no longer running the government will provide the necessary financial support for special charter flights to bring UK nationals back home.

‘Once special charter flights have been arranged we will promote them through the government’s travel advice and by the British embassy or high commission in the relevant country.’

Mr Raab said the £75m being made available by the government will be used to ‘support those flights and the airlines in order to keep the cost down and affordable for those seeking to return to the UK’.

Passengers will be charged between £250 and £500 for the subsidised tickets that will be promoted through British embassies and high commissions. Mr Raab said: ‘We have not faced challenges like this in getting people home from abroad on this scale in recent memory.’