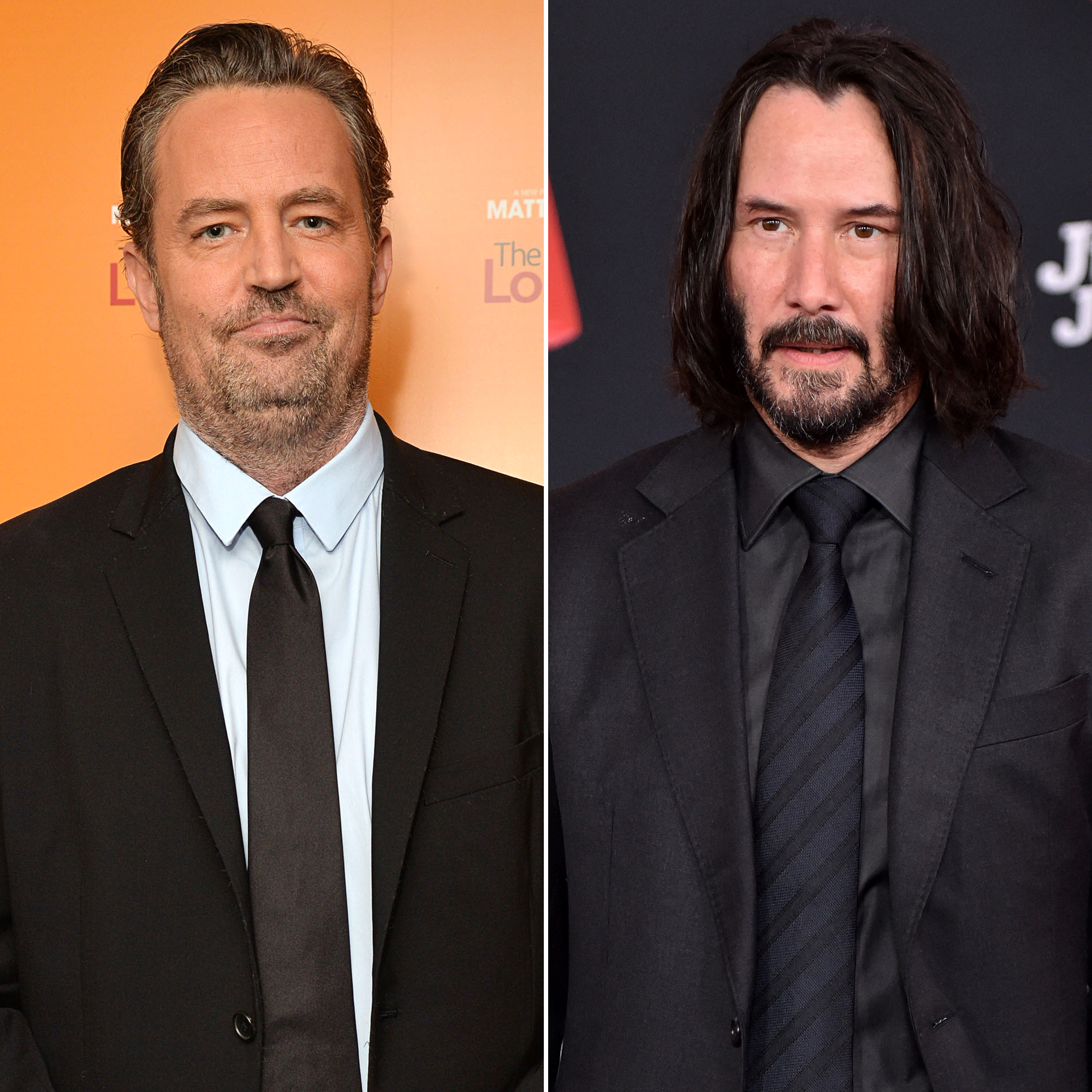 Bad blood? Matthew Perry throws shade at Keanu Reeves in his upcoming memoir Friends, Lovers and the Big Terrible Thing while discussing the death of their mutual friend River Phoenix.

Matthew Perry’s Ups and Downs Over the Years

“River was a beautiful man inside and out — too beautiful for this world, it turned out. It always seems to be the really talented guys who go down. Why is it that the original thinkers like River Phoenix and Heath Ledger die, but Keanu Reeves still walks among us?” the 53-year-old Friends alum writes, according to Page Six.

The 17 Again actor and Reeves, 58, both had a friendship with Phoenix before he died of a drug overdose at age 23 in October 1993. In a May 2019 conversation with the Irish Times, Reeves described the My Private Idaho actor as “definitely [one of] my closest friends from that era.”

Perry takes another jab at the John Wick actor later in the memoir while discussing Chris Farley’s December 1997 death. “I punched a hole through Jennifer Aniston’s dressing room wall when I found out [about Farley’s death],” he writes, adding for the second time, “Keanu Reeves walks among us.”

The Massachusetts native — who describes Phoenix as having “an aura around” him — also shares his experience of learning that the Stand By Me star had died. “I heard the screaming from my apartment; went back to bed; woke up to the news,” he writes.

In addition to opening up about losing friends to addiction, Perry details his own battle with drug and alcohol abuse in the book, recounting the harrowing tale of lapsing into a coma and waking up to learn that his colon had burst due to opioid overuse. Despite being told he had a “two percent chance” of surviving at the time, Perry says his severe health complications helped him get sober.

Everything the ‘Friends’ Cast Has Said About Matthew Perry’s Struggles

“One fine day, God and my therapist got together and decided to miraculously remove my desire to take drugs. A desire that has been plaguing me since 1996. My therapist said to me, ‘The next time you think about OxyContin, I want you to think about living out the rest of your days with a colostomy bag,’” he writes. “Having had a colostomy bag for nine long months, my therapist’s words hit hard. And when this man’s words hit hard, the prudent thing to do is to get into action immediately. What he said caused a very small window to open, and I crawled through it. And on the other side was a life without OxyContin.”