Ibiza’s party planner to the stars! Celebrity concierge who got her start as Jade Jagger’s chef opens up about life as an A-list fixer – from throwing Riccardo Tisci’s star-studded birthday bash to helping Paris Hilton get ‘seen’

But for Serena Cook, luxury Ibiza concierge and fixer to the stars, client requests more often involve VIP villas, private jets and hard-to-book tables at the island’s most exclusive hotspots.

The British-born organiser extraordinaire, who describes herself as a ‘manager of multimillionaire expectations’, has a little black book that reads like a who’s who of the world’s rich and famous and boasts everyone from Johnny Depp (who needed help finding a masseuse) to Paris Hilton (who wanted to be ‘seen’ on holiday).

She is the woman behind some of Ibiza’s biggest celeb events in recent years, including Alicia Vikander and Michael Fassbender’s 2017 wedding and designer Riccardo Tisci’s lavish 40th birthday bash, which saw Kim Kardashian, Justin Bieber and Naomi Campbell partying the night away on a dancefloor covered with rose petals.

Serena has also helped organise a last-minute holiday home for Sir Mick Jagger and regularly secures tables at the likes of Pacha and Amnesia for clients looking to sample the world-renowned nightlife. 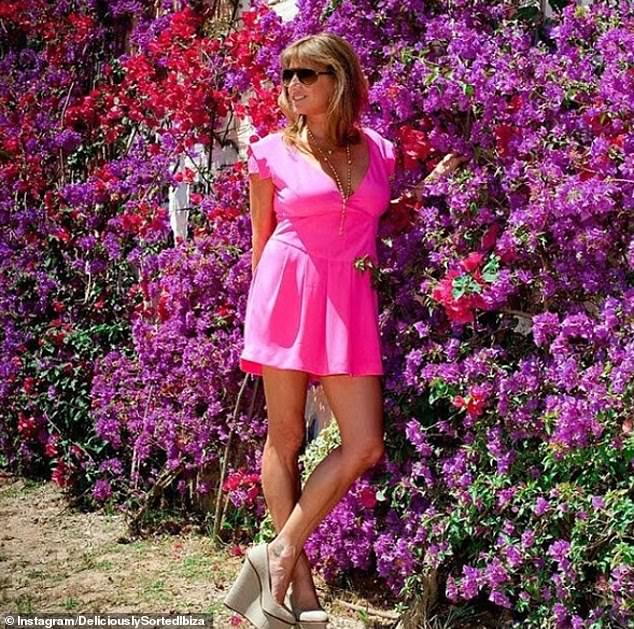 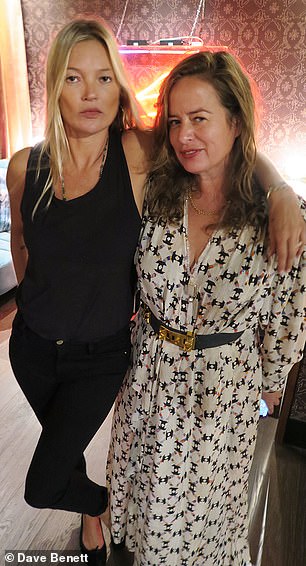 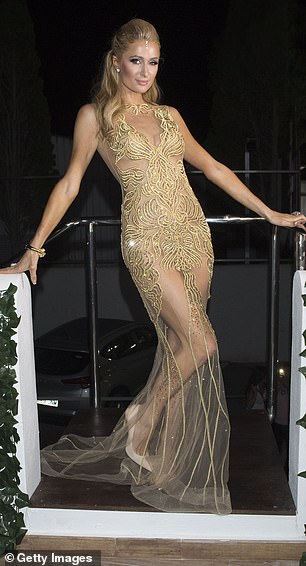 Big break: Serena explained how she came up with the idea for an exclusive service while working as a private chef to close friend Jade Jagger (left with friend Kate Moss), who lives on the island. Serena now caters for clients including Paris Hilton (right on Ibiza in 2016)

Speaking to digital weekly publication AirMail, Serena explained how she came up with the idea for an exclusive service when she moved to the island in 2001 to work as a private chef for close friend and Ibiza poster girl Jade Jagger.

The role extended far beyond serving up meals to the likes of Kate Moss, P. Diddy and Elle Macpherson.

She recognised there was a gap in the market for someone to look after the celebrities and uber-rich who were visiting the island with increasing frequency.

‘I was 27. I could speak Spanish. Having Jade Jagger on my CV certainly helped.’

It was photographers’ agent Camilla Lowther, mother of British model Adwoa Aboah who told her: ‘You could make this into a business’.

Serena’s career started aged just 20 when she moved to Bogota, Colombia, to open a restaurant (she is now fluent in Spanish). She spent three years at the helm of the eatery, which served Mediterranean food, before closing up shop and returning to the UK when the political situation started to deteriorate. 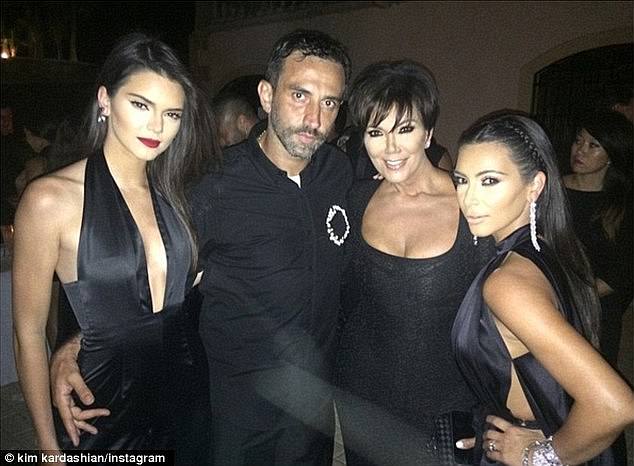 Serena was behind designer Riccardo Tisci’s lavish 40th birthday bash, which saw Justin Bieber and Naomi Campbell dancing to Kanye West on a dancefloor covered with rose petals. Pictured, the Tisci with Kendall Jenner, Kris Jenner and Kim Kardashian at the party

In London she worked for restaurateur-turned-TV judge Oliver Peyton before launching an organic cafe with Zac Goldsmith and his then-wife, Sheherazade.

In 2001 jewellery designer Jade – the eldest of Sir Mick’s brood and linchpin of the local social scene – invited Serena on the trip to the White Isle that changed her life.

Since then Serena has risen through the ranks to become the go-to girl for any visiting A-lister or resident celebrity.

Her company, Deliciously Sorted, which describes itself as ‘the Balearics most trusted concierge, villas and events company’, has a highly trained team of staff and extensive list of suppliers, all ready to jump into action at a moment’s notice.

A quick look at the candy-coloured website reveals the business handles everything from private planes – for those times when you want ‘sushi for 18 at midnight’ or ‘a 4am jet to Disney World’ – to ‘well-dressed security’ who ‘melt in with party guests’ and ‘keep an eye out for gate crashers.

Chefs, nannies, butlers, yoga teachers, masseuses and English-speaking chauffeurs are also all on the books. 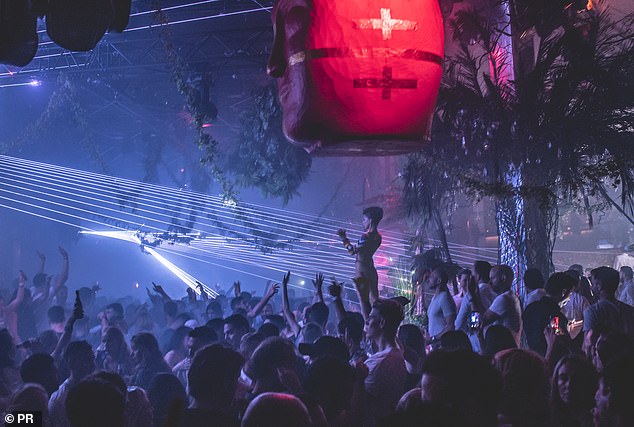 Speaking on Tisci’s party, which took place in 2014 at an Andalusian horse stud farm, Serena revealed the extraordinary lengths she went to in order to achieve the designer’s vision for his party, down to the staff they employed.

‘It was clear that Givenchy [Tisci’s then employer] wanted these front-of-house workers to be a vital decorative element and it had been very strict about the way they looked: male only, clean-shaven, slim, handsome.’

The process involved casting men to work at the party, both in Ibiza and further afield.

However there are some things Serena won’t arrange, even for the biggest celebrity client. ‘We don’t do drugs, hookers or animals,’ she explained. ‘I’ve turned down requests for dancing bears and caged tigers.’

But for anything else, Serena is the woman to know.