As part of our June/July Freedom issue, BAZAAR partnered with PEN America to commission a five-part essay series on the theme written by women who were formerly or are currently incarcerated. Titled Essays on Freedom, the collection was curated with the help of Caits Meissner, PEN America’s director of Prison and Justice Writing.

“As told to friend Nadja Eisenberg-Guyot, Vanessa Giselle del Rio’s testimony lays out the double bind of her gender identity as both a source of freedom and vulnerability,” Meissner says. “Through her mentorship of Penny, a fellow trans woman incarcerated in a men’s prison, Vanessa grasps the power of community born of shared struggle—and joy.”

Nadja Eisenberg-Guyot was a 2018–19 PEN America Writing for Justice Fellow.

Content warning: this series deals with topics including suicide and sexual assault.

Lying in my cell at Sing Sing Correctional Facility after lights out, relaxing my body and mind to prepare for sleep, I dream about freedom. I dream of stretching out my limbs and taking a few huge gulps of air, gently running my hand against a tree and feeling the nourishing bark. I dream of being able to dress as I am, in women’s attire, quality makeup, nice wigs, miniskirts, and stilettos. I dream of having all things femme. I dream of being a woman.

About a year ago, for the first time in my more than three decades of incarceration in maximum-security prisons, another trans woman appeared on my gallery. Although I had known from a distance that there were other women like me in here, Penny was the first trans woman I’d ever truly gotten to know. Until Penny materialized in my life, I could admire other women only from afar. She showed me the ropes, so to speak, as far as being trans goes. She laughed the first time I showed her the bras I’d been issued by the prison, sized DD40. “Don’t you know these aren’t your size?” she giggled, as she held the bra up to my small chest. I was stunned: I thought DD40 was a product code, not a size designation. Being around Penny allowed me to be more open with my feminine and girly self, a self I had kept closely guarded, a self I had been only alone but now could be with someone else, not a lonely secret anymore but a shared one.

I feel like I’m living in two prisons all the time: this physical prison and a psychological one.

Penny had vast knowledge of being trans behind bars, but her experience had mostly been at the Rose M. Singer Center, the women’s jail on Rikers Island. Upon sentencing, the New York State Department of Corrections and Community Supervision (DOCCS) undertakes its own invasive, humiliating, and violating scrutiny of trans people’s genders, mostly resulting in refusals to grant trans women’s requests to be placed in women’s prisons. It didn’t matter how Penny understood herself, or even how she had been classified by the NYC Department of Correction: She awaited DOCCS’s pronouncement on her womanhood in a men’s maximum-security prison. So I showed her the ropes in here. I showed her how to hang a curtain across her cell bars for privacy while changing. I introduced her to the copacetic people on our tier and tried to help her be less afraid. You have to watch your back in prison, but you can’t be afraid of everyone: You need allies and friends too. Meeting her was a blast. In prison, I’ve learned how to mind my own business. I’ve had to stay to myself. I hadn’t realized how truly lonely I was until I met Penny.

But in a way, Penny’s presence also revealed to me how profoundly precarious it truly is for women like us in a place like Sing Sing—a truth too painful to think about while alone. Being in this prison setting prevents me from having all things femme: I can’t wear real makeup, wigs, or gender-affirming personal attire beyond a prison-issued sports bra, which I mostly wear when I’m alone in my cell. I’m never able to truly relax and feel at ease. I must always appear masculine, never showing any softness. Most prison guards are white males who rule over us with an iron fist and a boot on our necks, and are quick to put their paws on us with no provocation. They have us at every conceivable disadvantage, and the system is set up for them to win. 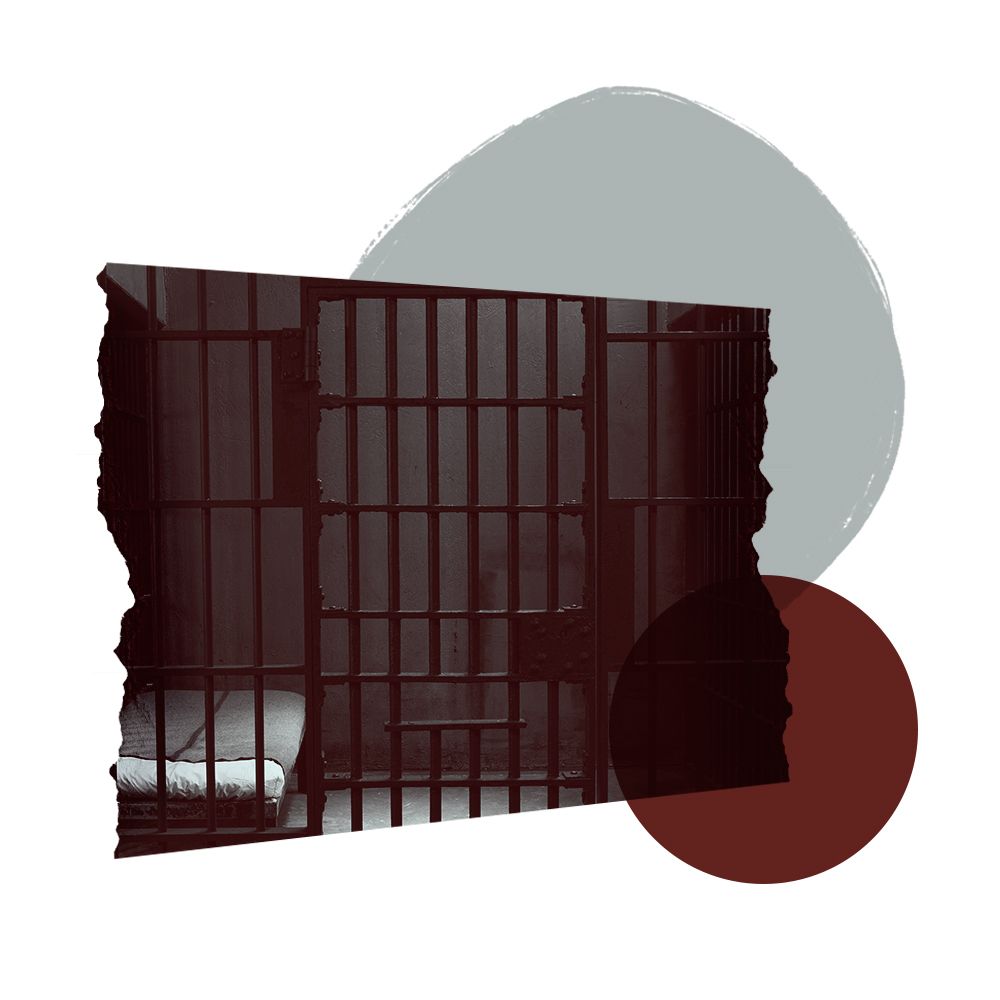 Years ago, while at Attica Correctional Facility in Wyoming, where I stayed for more than seven years, I recall a certain trans woman, who was young, light-skinned, and pretty, who was almost daily made to perform sex acts with certain guards. Everyone knew, but no one dared to intervene, out of profound fear of the guards she was being forced to submit to. It’s one of the reasons why I’ve always been so careful and apprehensive about “coming out” in these places. I’ve never been able to create freedom or a sense of self against the odds in a men’s prison. It’s just not possible for me. I feel like I’m living in two prisons all the time: this physical prison and a psychological one. It’s a double whammy.

Penny’s presence also revealed to me how profoundly precarious it truly is for women like us in a place like Sing Sing—a truth too painful to think about while alone.

With Penny, I felt connected not only to myself but to a community, like how reunions with my family on Lake Ontario used to be. We would sprawl and relax on Charlotte Beach, opposite the muddy-colored Genesee River, a small, bright-red lighthouse perched on the jetty that separated the water from the beach. Penny brought memories flooding back: of being surrounded by relatives—some now long deceased, like my brother who died in prison—eating good barbecue, my mom’s potato and macaroni salads, baked beans, and deviled eggs.

I think back to when I was a kid at the Darien Lake theme park, riding on all the big, scary, thrilling rides, like the Viper roller coaster, which navigates loops and sharp bends and curves, and the Pirate, a large boat-shaped ride that swings really high, back and forth, like a huge pendulum over water, and, at the apex of the swing, staring vertically down into the water, gave me the brilliant but terrifying sensation that there was nothing I couldn’t do. I think back to these days at Darien Lake, because I haven’t truly been outside in years, and I rarely venture into the yard anymore. After three decades inside, the yard simply holds no appeal. Most maximum-security prison yards in New York State nowadays are asphalt covered, which means that not even a blade of grass can be seen or touched, let alone a tree. In the yard, I feel even more out of tune and distant from nature.

Being socially and emotionally connected with another trans woman like myself allowed me to see the possibilities in my own femininity and existence.

In my cell alone, these memories are all that connects me to my long-ago life and family before prison, the small spaces of freedom we created and shared with each other. Now, with a life sentence, almost 34 years incarcerated by New York State, and most of my family gone or estranged, I’ll have to build a new family if I ever get out. Penny made that feel conceivable. Being socially and emotionally connected with another trans woman like myself allowed me to see the possibilities in my own femininity and existence. She’s the greatest inspiration I’ve ever known, and although I treated her as a daughter, she gave me the unforgettable, but temporary, joy and pleasure of a beautiful trans sisterhood.

Still, thinking about how fundamentally unnatural prisons are, I ponder when, how, where, and if I’ll reacclimate into society with the stigma of being an ex-con convicted of homicide always stuck on my back, and after being subjected to more than three decades of racist trauma and violence in a prison system energized by white supremacy. This reality, and my decades-long exposure to it, has damaged me in ways that I don’t yet fully understand myself.

Prior to my incarceration, I was a relatively young Black person who was unemployed, due to a health condition. I was super stressed, confused, living on the edge, an alcoholic in denial, and often ill-tempered. I was walking toward a path of destruction that I couldn’t see. But one thing I’ve learned about myself in here is that I’m a person of integrity. I keep my word. I’m innovative, resourceful, and even quite ingenious, which life in here often requires. I no longer hate people, even those who deserve to be hated. I just want to share the remainder of my time on earth with people I love, moving through this thing called life together.

Freedom means being able to finally plant both feet on ground and territory that’s not the oppressive, restrictive, tyrannical, drab, depressing, sinister, diabolical, hostile, and treacherous prison ground. Freedom will mean the ability to experience my true self in all my fullness and womanhood, which I’ve never truly been able to have by reason of my incarceration.

And freedom for me also means justice, abolition, and repair. Freedom means emptying out these prisons, which don’t provide justice but instead are full of just us poor Black people, behind bars in disproportionate numbers, mostly for the fact of being poor and Black. America needs to stop treating us Black folks as fuel and fodder for the prison system. That would not only go a long way to undoing and repairing racism, it would mean a kind of freedom we’ve never touched. I don’t know what freedom tastes like, and I don’t know what it feels like, because I’ve yet to be freed. I’m sure it will taste wonderful though.