Love is in the air!

When Meghan Markle and Prince Harry reunited for their first joint public appearance in the U.K. since announcing their royal step back, they were greeted with cheers of “We love you, Harry and Meghan,” from the waiting crowd. But the love at the Endeavour Fund Awards on Thursday didn’t end there.

During the ceremony, the winner of the Recognising Achievement Award, Danny Holland, proposed to his girlfriend. On stage in front of the Duke and Duchess of Sussex, no less!

In a sweet clip captured by ITV’s royal editor Chris Ship, Holland calls his girlfriend to the stage and gets down on one knee as the audience cheers and Meghan and Harry clap and smile.

In the words of the duke and duchess’s good friend Elton John, “Can you feel the love tonight?”

Photos captured the Duke and Duchess of Sussexes’ full reaction: 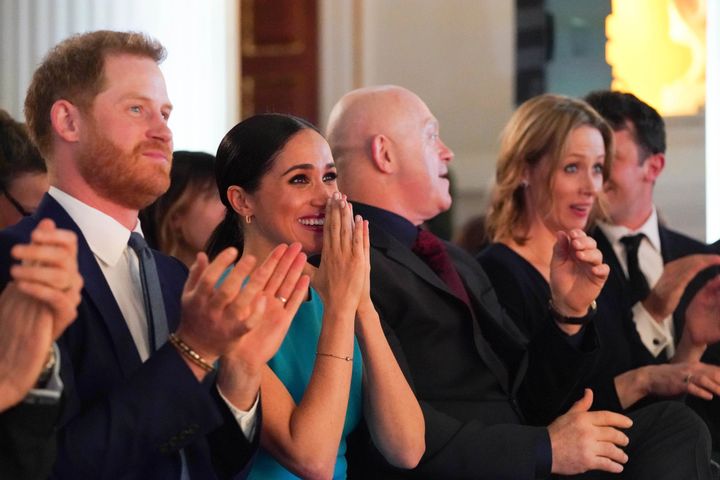 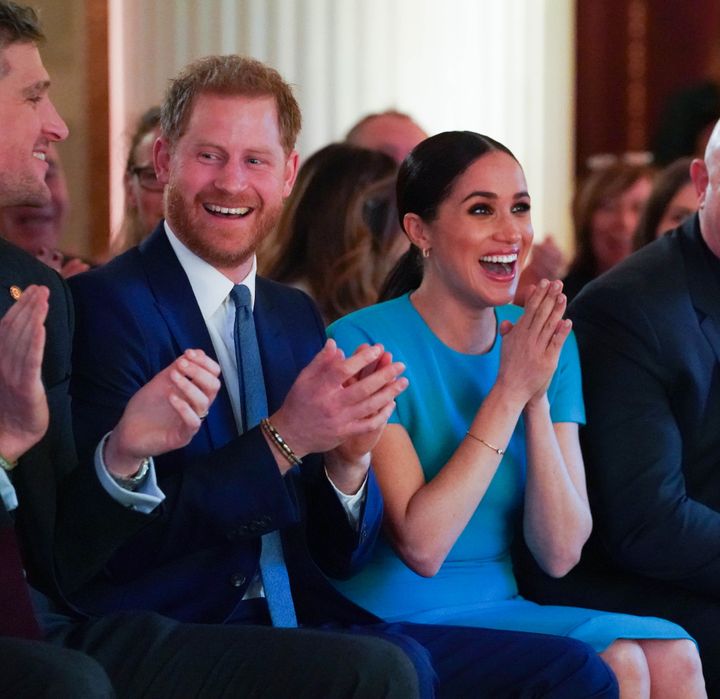 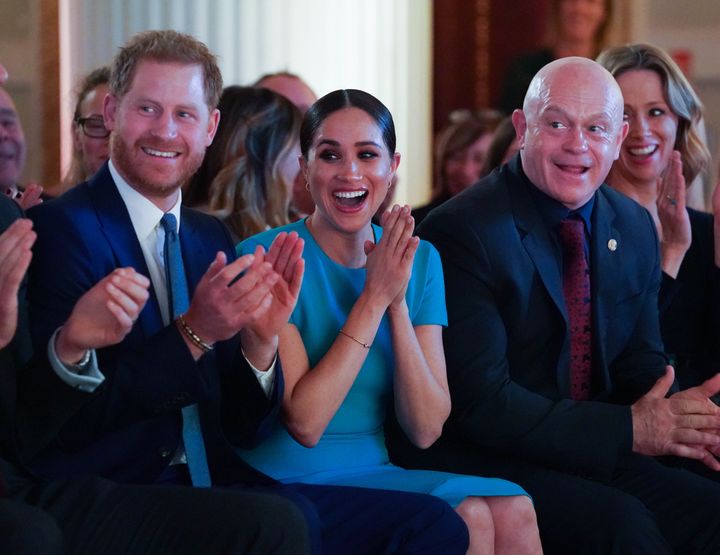 At the awards show, which the royals also attended for the past two years, the duke and duchess are each set to present an award. Harry, who is patron of the Endeavour Fund, will make a speech as well.

The event marks the first time in nearly two months that the two have stepped out for a joint public appearance in the U.K. For the occasion, Meghan wore a gorgeous turquoise pencil midi dress made by her friend Victoria Beckham, which retails for $1,285. She paired the look with blue suede heels.

The duke looked dapper in a sharp blue suit, which coordinated nicely with Meghan’s look. 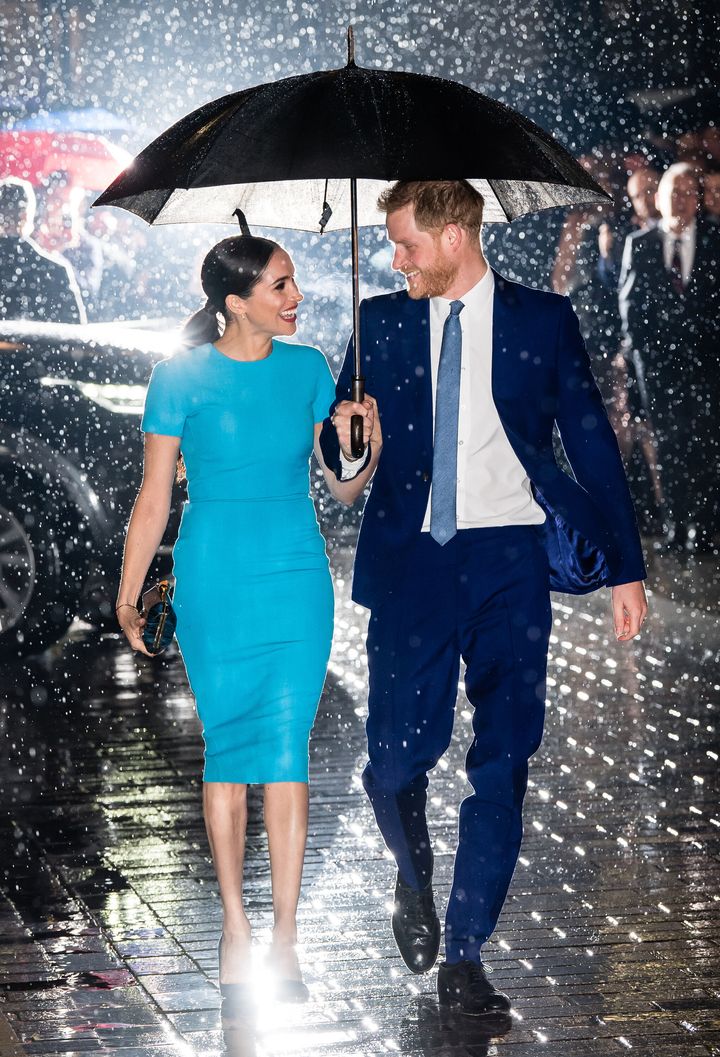 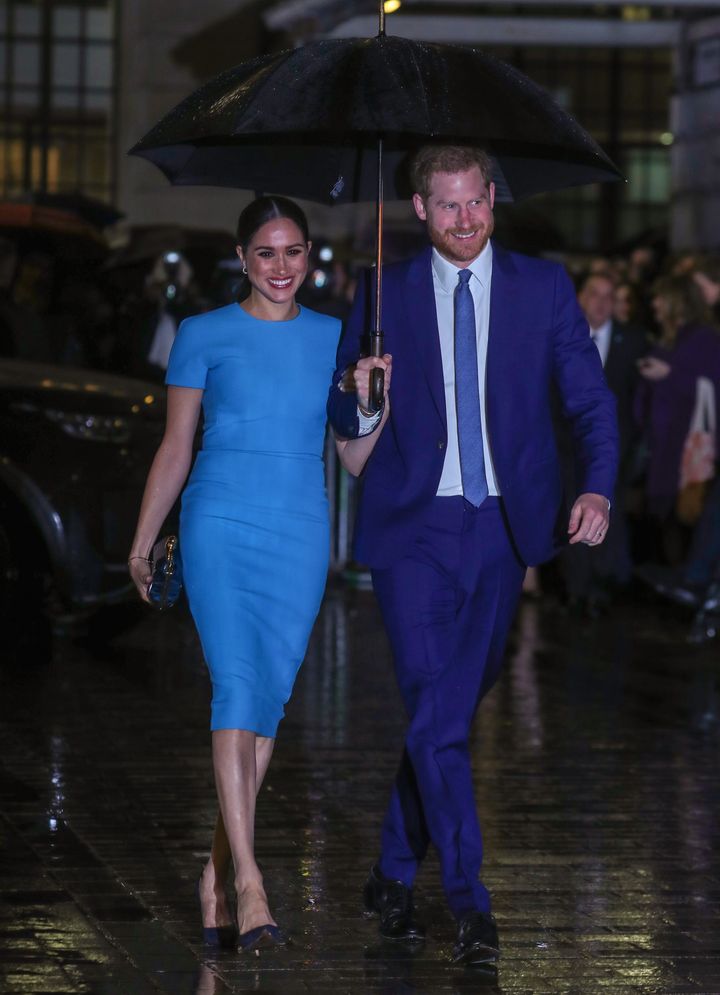 Subscribe to HuffPost’s Watching the Royals newsletter for all things Windsor (and beyond).