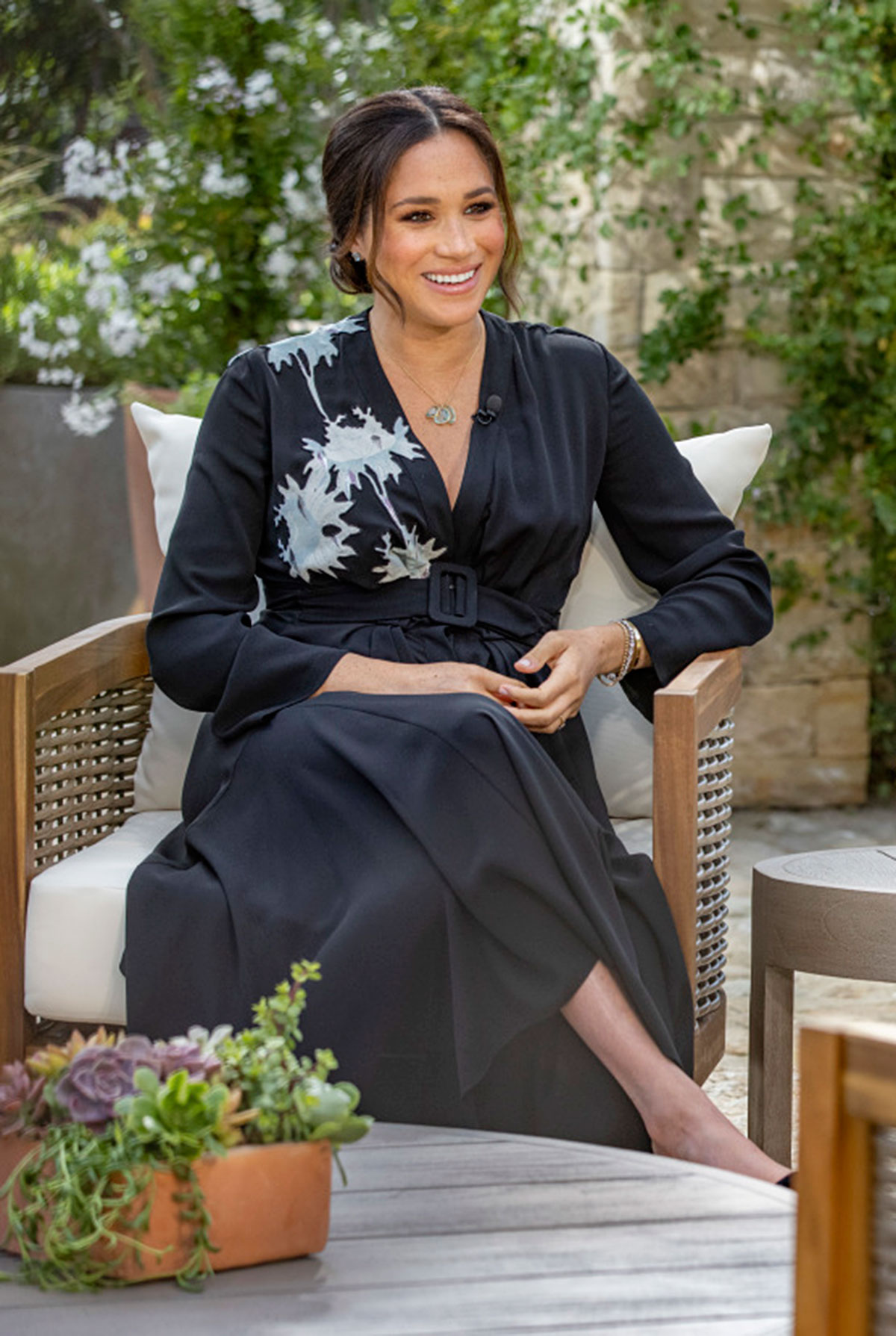 Award-worthy attire! Meghan Markle made quite the style statement when she sat down with CBS in March 2021 for a tell-all interview. Now, the 40-year-old royal’s Armani outfit is being recognized as the Fashion Museum’s official “Dress of the Year.”

The black dress, which was part of the fashion house’s 2022 Spring/Summer Cruise Collection, made waves with royal style watchers, as many thought that the lotus flower embroidery carried a special significance as it’s associated with “rebirth, self-regeneration and spiritual enlightenment.”

While the museum appoints notable people in the fashion industry to select a “Dress of the Year” every year, the 2021 award was bestowed by Dazed magazine’s Ibrahim Kamara and Gareth Wrighton on the basis that the ensemble is now “engrained in our pop culture psyche.”

“In today’s hyper-stylized pop culture, the Dress of the Year now has the potential to also be ‘meme of the year’ and we both lacked upon Meghan and Harry’s now iconic interview,” the duo said in a press release, adding that the outfit will “forever endure in the British collective consciousness.”

As of Tuesday, February 22, the dress will go on display at the Fashion Museum in Bath, England, for people to see.

Once the news was shared via Twitter, fans quickly offered their stamp of approval. “You have impeccable taste. That dress was the dress of 2021!!! A moment in culture and we love it, we love Meghan,” a user wrote, while another said, “Understandable. It’s a gorgeous dress, The Duchess of Sussex Meghan Markle has impeccable taste.”

While the Suits star’s black frock caused quite a bit of buzz at the time, her jewelry did too. For the history-making broadcast the actress sported a diamond bracelet on her wrist that previously belonged to the late Princess Diana.

“They wanted to wear the bracelet to have [Harry’s] mother there with them during the interview,” a spokesperson for Markle told Today at the time.

The royal has always made a point to honor her loved one’s with special jewelry. For example, when Markle released a video in honor of her 40th birthday in August 2021, she wore two astrology necklaces that were a special tribute to her children.