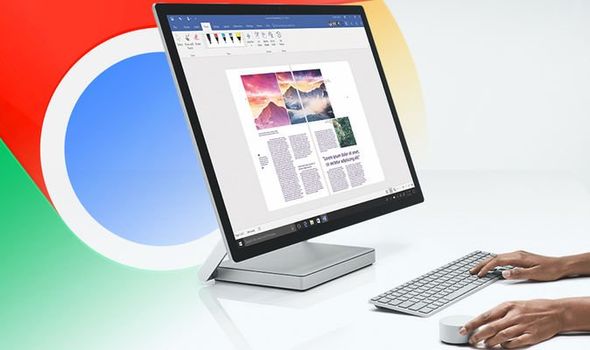 Microsoft is hard at work improving the performance of its overhauled Microsoft Edge web browser, which now runs on the same underlying architecture as Google Chrome. As such, the changes implemented by Microsoft trickle down to those on rival apps, like Google Chrome. So, if you’re amongst the 69 percent of all desktop browser users who use Google Chrome to get online, you’ll be able to enjoy the latest innovations from Microsoft without needing to port everything over to a new browser. So, what has Microsoft changed?

The Redmond-based company has implemented a new change that promises to make scrolling much smoother when zooming down web pages. The latest move shifts the composited scrollbar into the ‘impl’ thread, which means that “even when the main thread is busy, users can continue to interact with and scroll using scrollbars”.

You don’t need to know the technical details behind it all, all that really matters is even if you’re visiting an extremely busy website that is causing your computer to splutter a little bit, you’ll still be able to smoothly scroll down the page – no matter how much chugging your PC is doing to load it.

Scrolling should also be much more responsive, which should benefit everyone. Machines connected to high-refresh rate displays – like gaming set-ups – should really notice the difference in this improved, more fluid experience.

Since the change has now been implemented in the Chromium project, a number of other Chromium-powered browsers will be able to take advantage of it. Google has also included the system in its Chrome Canary app, which is a vehicle to test the latest features and tweaks in beta before rolling out to the stable version of the app.

READ MORE
Google Chrome has a massive update out now on Android, macOS and Windows

This isn’t the first time Microsoft has made some changes to Google Chrome while improving the experience on its own rival software. Earlier this year, the US technology company introduced a nifty new tab management feature that lets users right-click on a single tab – or a group of tabs – to send them to a new or different existing browser window. It’s a useful way to keep similar tabs grouped together.

Until now, Google Chrome users looking to recreate this experience would have had to copy-pasted every single URL into a new browser window to bring them all together into the same window. However, thanks to the move from its own codebase to the Chromium project, Google can now incorporate the hard work by Microsoft engineers into its own application.

Google has suspended the roll-out of any major upgrades to its Chrome web browser in a bid to prevent introducing bugs or compatibility issues into the application used by millions who are trying to work from home in a bid to flatten the curve and reduce the strain on critical healthcare providers across the globe during the ongoing coronavirus pandemic.