Using the European Space Agency’s (ESA’s) Gaia satellite, which is mapping the Milky Way, experts have discovered why our spiral galaxy is not like others, as it wobbles as it spins. The massive fluctuation in the Milky Way was caused by a collision around 11 billion years ago, which impacted near to the centre of the galaxy.

Scientists have known since the 1950s that the Milky Way is not completely flat, but have struggled to understand why.

However, latest analysis from the Gaia satellite has shown that a nearby galaxy could be causing the “warp” in the Milky Way which causes it to wobble “like a spinning top”.

Experts are unsure what nearby galaxy is causing the warp through the pull of gravity, but they do know it is there.

ESA’s Gaia deputy project scientist Jos de Bruijne said: “With Gaia, for the first time, we have a large amount of data on a vast amount stars, the motion of which is measured so precisely that we can try to understand the large scale motions of the galaxy and model its formation history. 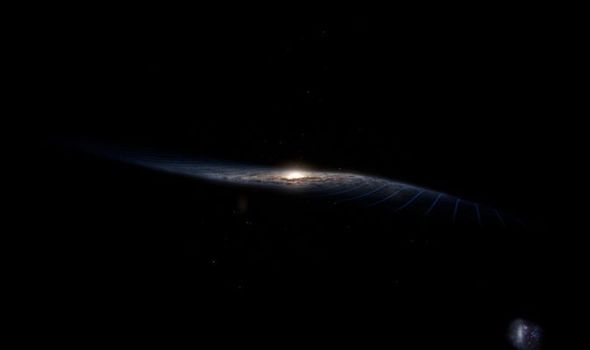 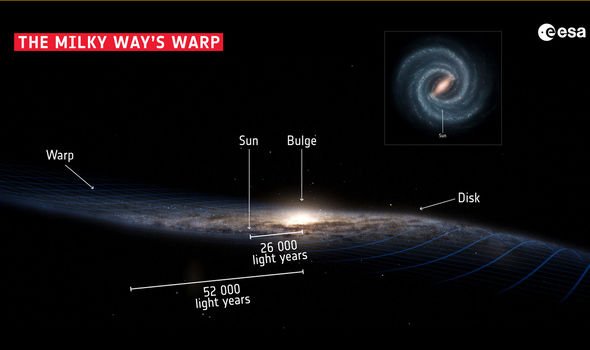 “This is something unique. This really is the Gaia revolution.”

Gaia also found that the warp changes over time – something which is known as “precession”.

Experts were also able to determine that the warp is caused by outside interference as the warp precesses much faster than expected – faster than the intergalactic magnetic field or the dark matter halo would allow.

Eloisa Poggio of the Turin Astrophysical Observatory, Italy, who is the lead author of the study, published in Nature Astronomy, said: “We measured the speed of the warp by comparing the data with our models. Based on the obtained velocity, the warp would complete one rotation around the centre of the Milky Way in 600 to 700 million years. 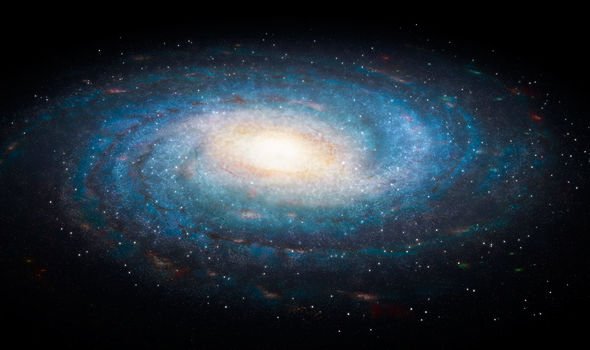 “That’s much faster than what we expected based on predictions from other models, such as those looking at the effects of the non-spherical halo.”

Ronald Drimmel, a research astronomer at the Turin Astrophysical Observatory and co-author of the paper, explained how researchers were able to determine the warp.

He said: “It’s like having a car and trying to measure the velocity and direction of travel of this car over a very short period of time and then, based on those values, trying to model the past and future trajectory of the car.

“If we make such measurements for many cars, we could model the flow of traffic. Similarly, by measuring the apparent motions of millions of stars across the sky we can model large scale processes such as the motion of the warp.”