Just a day after Nashville and portions of Tennessee were decimated by a deadly tornado, the first of what is likely to be many benefit concerts has been announced. Hosted by country singer Mitchell Tenpenny at Dierks Bentley’s Whiskey Row bar and restaurant in the Lower Broadway entertainment district, the concert is set for Monday, March 9th, and is already sold-out.

All proceeds from the evening will benefit charities affiliated with the organization Hands on Nashville. Music gets underway at 7:00 p.m. on Monday, and a raffle and auction of various music memorabilia is also being held.

At least 24 people, including two in East Nashville, were killed in Tennessee when a powerful storm spawned a tornado early Tuesday evening. The tornado decimated houses, businesses, and local landmarks, including the Basement East concert venue. Artists who call the city home are already pledging support. The country singer Chris Young donated $50,000 to relief efforts, while Kacey Musgraves is earmarking all proceeds from an online clothing sale to Tennessee tornado relief. 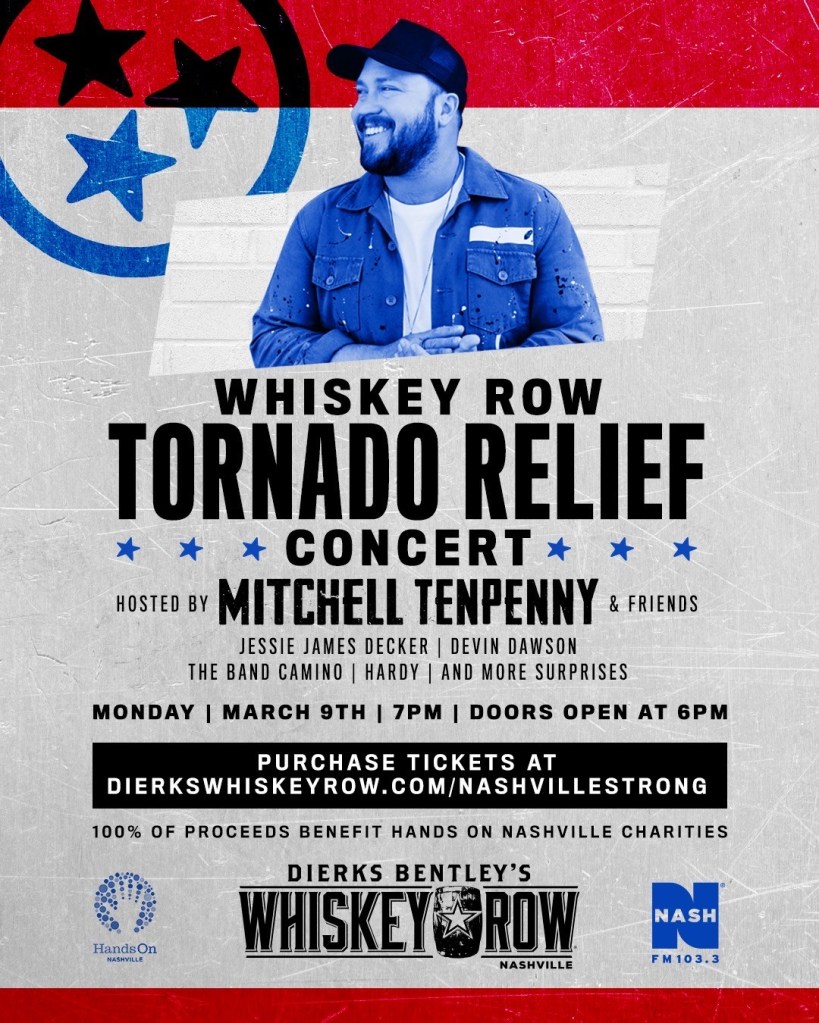