Further details about what an Indigenous Voice to parliament would look like and how it would affect communities will be released before the referendum.

Indigenous Australians Minister Linda Burney said Australians would be “well informed” about what they were voting for when they go to the ballot box. 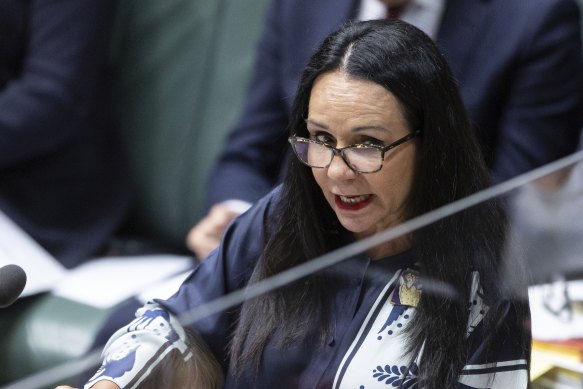 “They will well understand the reason for the Voice to improve the life outcomes for First Nations people, but also issues around how it will work,” she told the ABC’s Insiders program.

“And, importantly, what it will mean in uniting this country.”

Burney said she wouldn’t get ahead of the working groups tasked with refining the detail, but it was clear what the Voice will be and will not be.

“It will not have a veto right of the parliament,” she said.

“It’s advisory and it will also not have a program delivery function.”

The federal National Party has already come out against the establishment of the Voice to parliament.

“Why should I as an Indigenous Australian be governed under a separate entity than the rest of Australia because of my race,” she said.

But the Nationals aren’t unified in their opposition. Federal MP Andrew Gee said he would support the Voice, as would the Western Australian branch of the party.

The Liberals maintain they want to see more detail about the proposal before coming to a definitive position.

NSW Treasurer and Liberal moderate Matt Kean said he was disappointed the Nationals came out so early against the voice before the final details were established.

“The request by Indigenous Australians to the rest of the country to be consulted on policy matters is a modest one,” he told Sky News on Sunday.

“This is an opportunity to unite our country rather than divide it.

“It’s something we should continue to work through the detail and ultimately help bring the country together.”

“The Australian public should have all the information they need to make a decision in a referendum for no other reason than it would legitimise the process,” he said.

I am confident in the Australian people,” she said.

“I believe if the Australian people fully understand the need for this voice, the powerlessness, as described in the Uluru Statement of First Nations people, and an enormous sense of fairness, the vote will be ‘yes’.”

Cut through the noise of federal politics with news, views and expert analysis from Jacqueline Maley. Subscribers can sign up to our weekly Inside Politics newsletter here.