The ultimate Mother Goose! Broody bird takes care of other goslings on top of her own family – and has up to 47 in tow at a time

A Canadian man told how he spotted a goose trailing 47 goslings – and concluded she was caring for other geese’s babies.

Mike Digout, from Saskatoon, first saw the goose with 16 goslings during a walk along the Saskatchewan riverbank – and was startled by how many goslings swam behind her in the water.

After taking a snap to document the fascinating scene, which was shared on Bored Panda, he decided to re-visit the same spot to see if he could find the family once again.

However, he was shocked to see that every time he came back, the goose was trailing more goslings – and increased from 16 to 47 in just a matter of days. 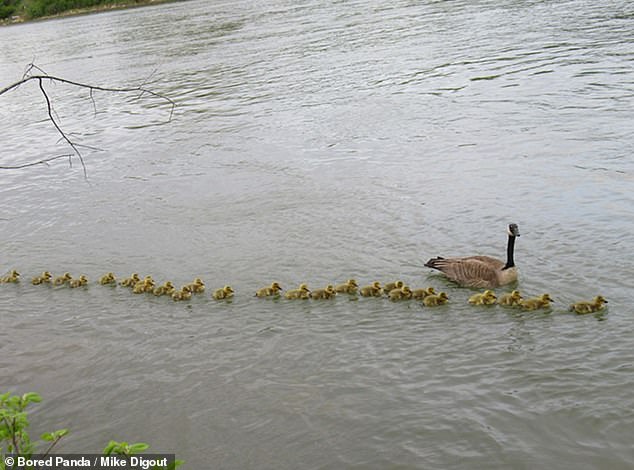 Mike Digout, from Saskatoon, saw the goose with 47 goslings during a walk along the Saskatchewan riverbank in Canada – and was startled by how many goslings swam behind her in the water (pictured) 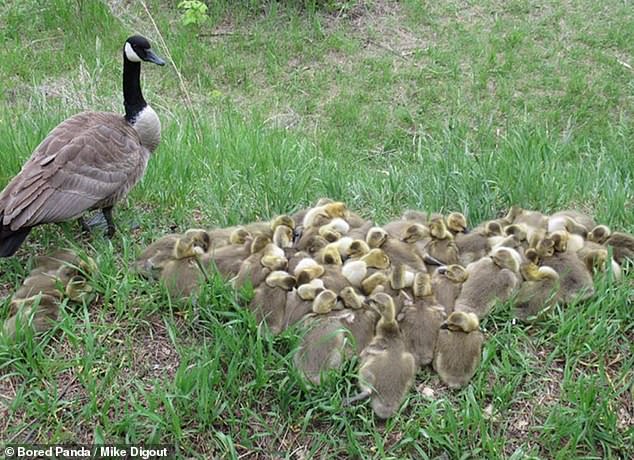 Mike was fascinated by the geese after initially seeing her trail 16 goslings, and decided to revisit the family (pictured)

Mike, who is interested in photographing geese in his local area, told how he was looking to take pictures of freshly hatched goslings when he spotted the ultimate mother goose.

‘I was stunned that this mom had 16 babies, so I started going back every night looking for this mom and her goslings,’ he told the publication. ‘And every day it seemed like she had a bigger group.’

‘It was incredible how calm she was with so many goslings around,’ he added, speaking to The Dodo. ‘She seems like such a patient mom.’

The phenomenon has been documented before and is called gang brood – which is  where an adult goose ends up with a swarm of goslings to look after. 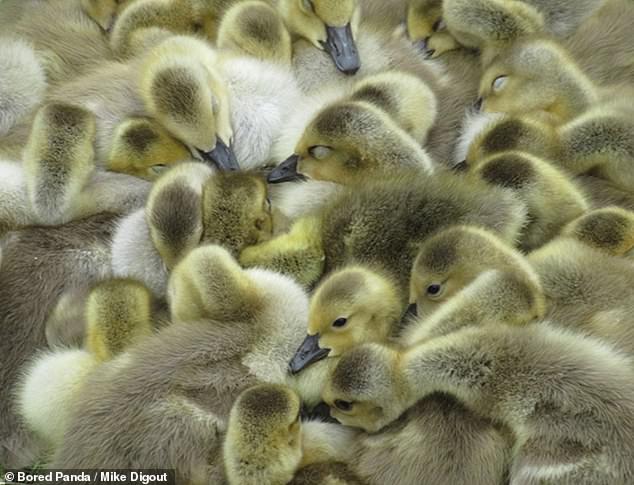 The phenomenon is called gang brood – when an adult goose looks after her own goslings as well as other geese’s. Pictured, the family Mike revisited 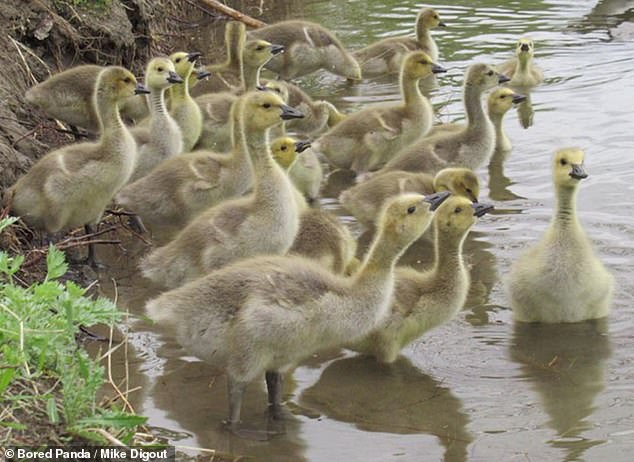 On average, geese can nest five to six goslings per season, but numbers can also reach ten to twelve.

Geese mate for life, and while some raise their goslings by themselves, others prefer to mind each other’s gaggles as a form of special goose daycare.

This is because goslings, being very independent, tend to venture away from their own mothers and get lost. Geese then share parental duties to keep their brood safe.

When out swimming, one goose will have no problem minding her own goslings as well as a gaggle of other goslings who would have joined the group halfway through. 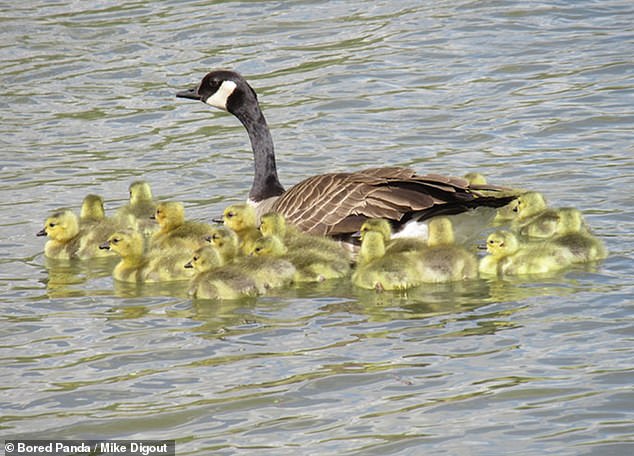 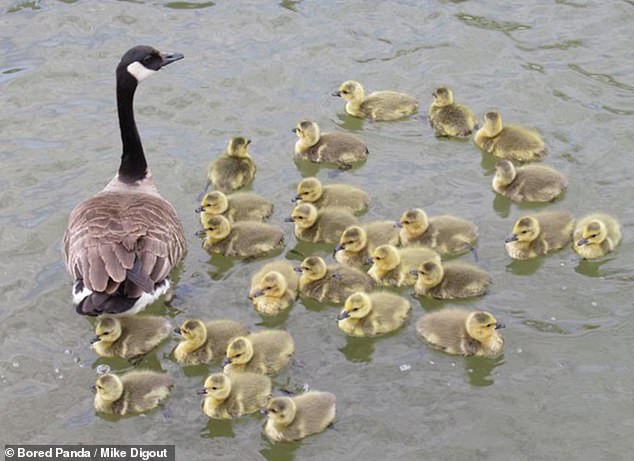 Goslings are very independent and will venture away from their mothers, but because they are so young, they sometimes get lost. Pictured, the goose going for a swim with 26 little goslings 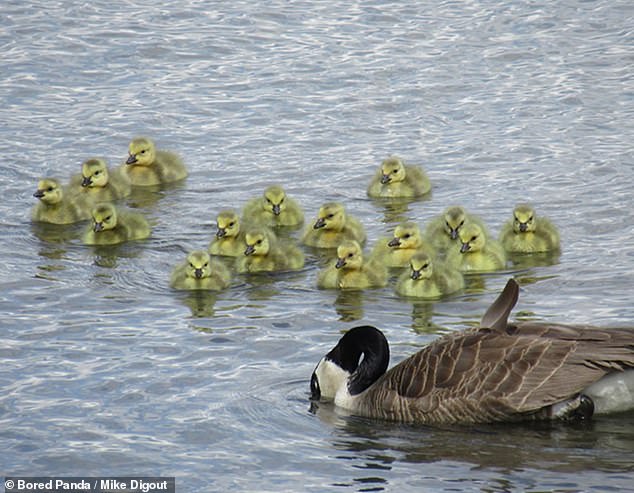 While some geese raise only their own goslings, gang brooding – when one adults looks after the goslings of others – is common (pictured)