I have always been interested in nutrition — ever since I became a vegetarian, aged five. Except I have a real sweet tooth: I am a chocolate addict!

I don’t have a foodie background. I studied human resources at the University of Derby, before working at London Business School.

Then, in 2012, I gave up refined sugar after I read The Sweet Poison Quit Plan, by David Gillespie, which described the dangers of refined sugar for the body. But, after six months I was really missing chocolate. So, I started looking for natural alternatives. However, I found that most free-from bars had a horrible grainy texture, nothing like the creamy kind I was used to. 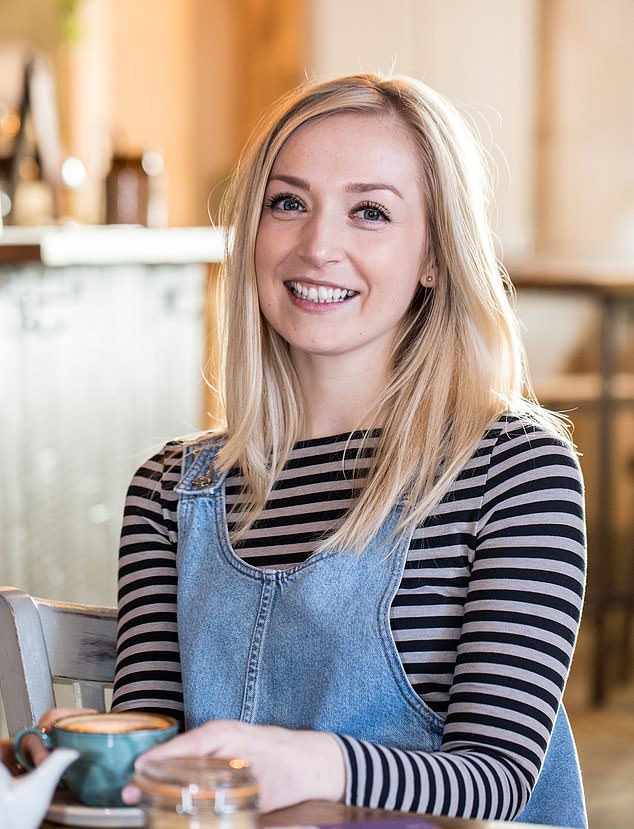 Meg Haggar, 31, (pictured) who lives in West London, co-founded Raw Halo chocolate after learning about the impact refined sugar has on the body

So, I decided to try making my own — at first things went wrong, a lot, but then I did a chocolate-making course in early 2014, which taught me how to temper chocolate properly, to get that lovely snap and shine.

Soon, I was giving it out to friends and family, who loved it — and couldn’t believe it was made with coconut sugar and dairy-free. I realised there was a gap in the market for an all-natural, plant-based, organic chocolate, which is delicious and high quality.

This was my lightbulb moment. I remember waking up one morning, in September 2014, and telling my then fiancé, Jonathan: ‘I’m going to do this’. He was surprised — I’d only just started a new job at GSK — but supportive.

Our name was inspired by how we process the ‘raw’ chocolate at 42 degrees, instead of the usual 200 degrees, to retain the nutritional value of the cacao beans.

We put our wedding on hold, and used the £4,000 we’d saved to buy equipment. Instead of a dream dress, I bought a tempering machine! I quit my job in April 2015, as did Jonathan, six months later.

The early days were challenging — we were making around 500 bars a day ourselves in a tiny kitchen. Then, in 2017, we outsourced to a social enterprise factory in the Netherlands.

All of our packaging is plastic-free and recyclable. Our first stockist was Planet Organic, in October 2015. Now, we’re stocked in over 1,000 outlets and online. Plus, we finally tied the knot this year!

Our chocolate is better for you and better for the planet. Which is handy, as I’m still just as addicted…