The unusual UFO sighting was reported in December 1965, after the rendezvous of the Gemini 6 and Gemini 7 spacecraft in space. Commanding Gemini 6 was veteran NASA astronaut Walter “Wally” Schirra alongside his copilot Thomas Stafford. Astronaut Jim Lovell, known for commanding the doomed Apollo 13 flight in 1970, flew on Gemini 7 alongside commander Frank Borman.

The NASA mission marked the first crewed rendezvous of two spacecraft in orbit, beating the Soviet Union to the achievement.

But the mission would later be known for a series of unusual events that followed the rendezvous, including reports of UFOs over Earth.

The sister crew of Gemini 7 launched on December 4 for a total of 13 days and 18 hours in space. 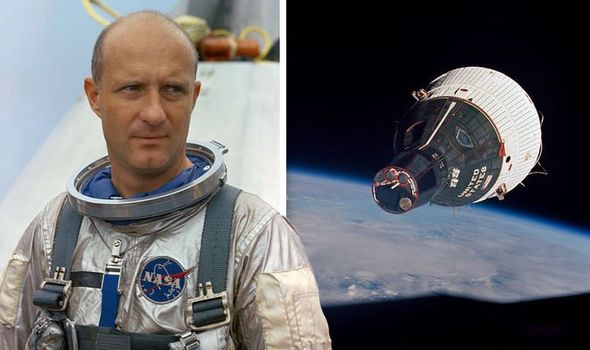 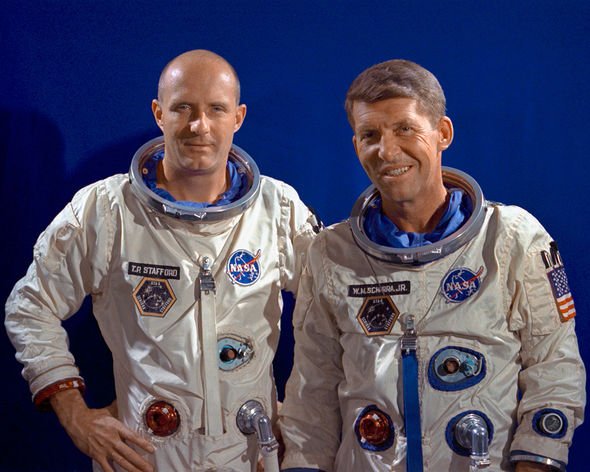 On December 15, both spacecraft initiated a series of burns that brought them within touching distance of one another.

At their closest, Gemini 6 and Gemini 7 were separated by one foot (30cm), some 167 miles above Earth.

After the monumental success of the rendezvous, Schirra and Stafford were due to re-enter the planet’s atmosphere.

But before they made their final plunge towards the planet, Stafford contacted NASA with reports of a UFO or unidentified flying object above the planet.

The pilot of the command module is wearing a red suit

The astronaut wrote: “We have an object, looks like a satellite going from north to south, probably in polar orbit…

“I see a command module and eight smaller modules in front.

“The pilot of the command module is wearing a red suit.” 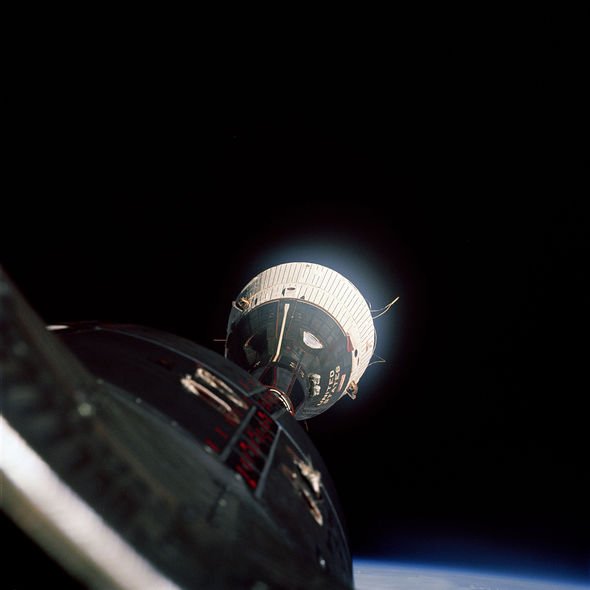 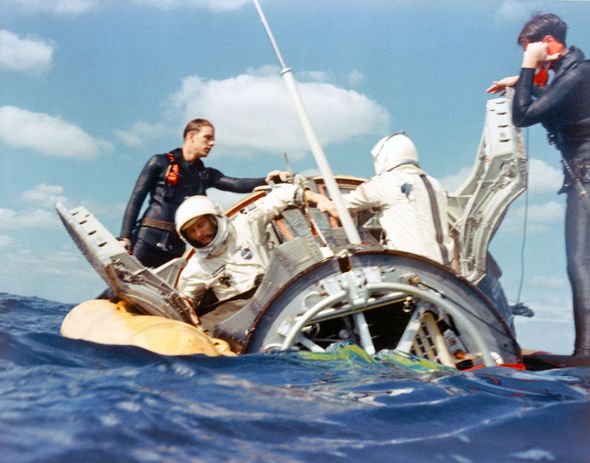 The unexpected announcement was followed by Stafford and Schirra performing a rendition of Jingle Bells on a harmonica and sleighbells they smuggled into the spacecraft.

The UFO reported by Stafford was, of course, a reference to Santa Clause as the mission took place so close to Christmas.

The astronaut later admitted the prank was planned weeks before the Gemini 6 flight.

He said: “Wally came up with the idea. He could play the harmonica, and we practised two or three times before we took off, but of course, we didn’t tell the guys on the ground.

“We never considered singing, since I couldn’t carry a tune in a bushel basket.”

He added: “I could hear the voices at Mission Control getting tense when I talked about sighting something else up there with us.”

The harmonica, a small Hohner instrument, is now on display at the National Air and Space Museum in Washington DC, US.

The museum said: “Approximately five hours after the successful manoeuvring of the two spacecraft to within six inches of each other, astronauts Schirra and Stafford played Jingle Bells with these instruments and pretended to be a UFO called Santa Claus.

“Ever the test pilot, Schirra reported that before he donated the instrument to the Smithsonian, he had ‘retested the harmonica and it performs quite well’. He gave it to the Museum in 1967.”

Schirra retired from NASA in 1969 and Stafford followed in 1975.