‘A fall down the stairs ruined my looks… then ‘nature’s facelift’ helped heal me’: Horrific injury left writer Melanie Cable-Alexander in constant agony and a virtual recluse until MASSAGE transformed her life

Four years ago a pair of flares were my downfall, literally. I was at home and rushing to the door when one foot became trapped in the other’s trouser leg and I fell down an entire flight of stairs. My arms helicoptered madly at the banisters until I hit the stone floor below.

My chin took the force of the fall, my jaw snapped and my left eardrum burst.

My husband Martin returned from work to find me lying there, I don’t how long later, my legs still splayed up the stairs behind me. I must have passed out.

Only when I saw his shocked expression did I try to get up. Sobbing in his arms, I felt no pain; I was too much in shock. 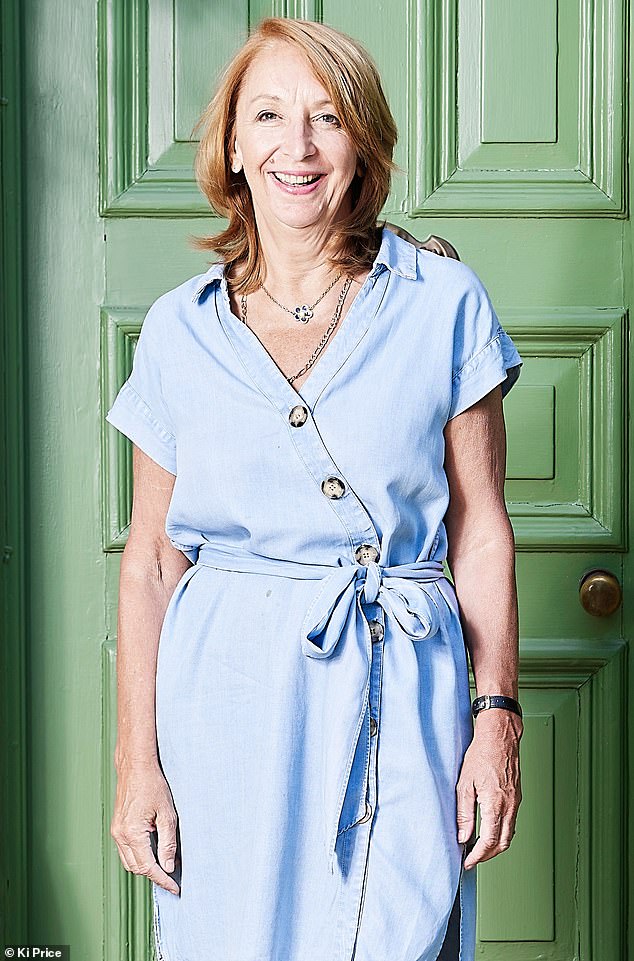 Melanie revealed how four years ago she fell down the stairs in a pair of flares where her chin took the force of the fall, her jaw snapped and her left eardrum burst

In retrospect, in those moments I was like one Doctor Who morphing into another. Everything about my life changed, because the fall destroyed both my face and the woman I thought I was.

I had been a true social animal; a journalist whose career depended on meeting and charming the right people. I’d spent my life attending and hosting society parties where I, like everyone else, was often judged on my appearance.

Now my interest in that life was taken away in a moment.

The agony of letting nature repair my broken jaw — surgery was ruled out because it risked facial paralysis — was nothing compared with the array of aftershocks wrought on my traumatised fiftysomething body.

Months after my jaw had mended, my body went into agonising displays of distress: welts appeared on my torso; I developed an inflamed, beetroot-red trout pout and the skin on my face puckered into wrinkles before shedding like a snake’s.

In short, I looked and felt like a chinless Gruffalo gone wrong. And no treatment I could find soothed any bit of me. To say this shattered my self-image would be an understatement. 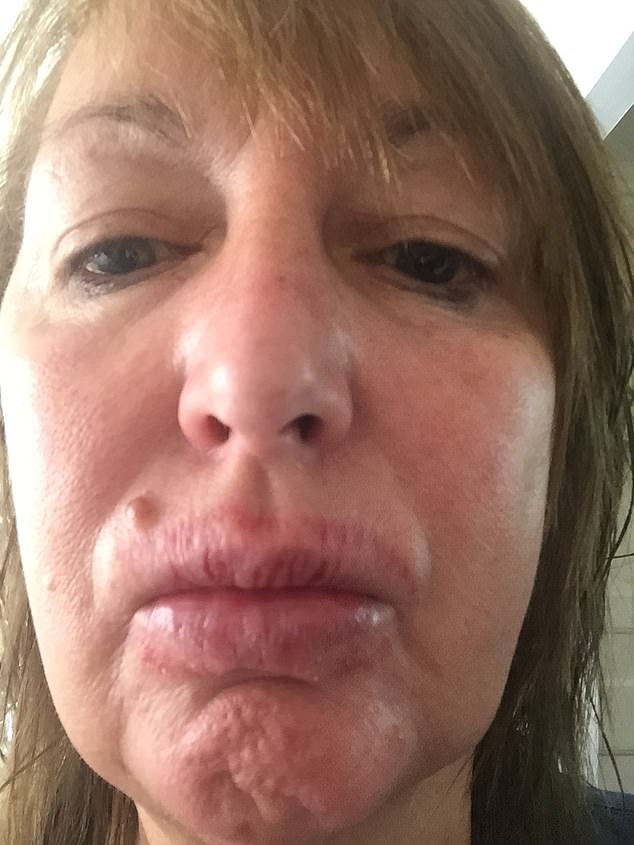 Melanie revealed how the agony of letting nature repair her broken jaw was nothing compared with the array of aftershocks wrought on her traumatised fiftysomething body. Pictured: Melanie she looked after the accident four years ago

About 18 months after the accident, my mother invited Martin and me over for a dinner party which some grand friends were attending. When we arrived, she was upset as I hadn’t even made up my face or done my hair.

Thankfully, Martin told her she was lucky we’d made it at all — and proceeded to ‘make’ my mother’s party for her by being his naturally charming self.

‘Why aren’t you coming out?’ friends would ask. I’d shrug them off. Unless you have been there, you can’t understand what it’s like going to a social occasion when you have nothing positive to say about yourself.

Besides, it’s horrible to go into a room full of old acquaintances and realise no one recognises you unless they do a double-take. For years I avoided all mirrors and cameras. I told myself if I didn’t look, I wouldn’t see. 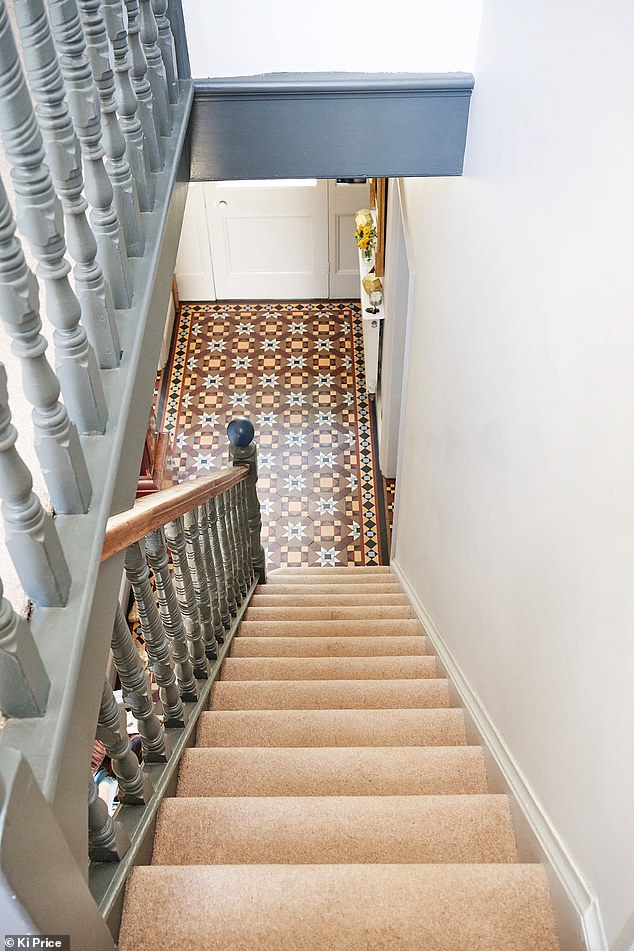 Martin told me what mattered was ‘me’, not how I looked. Still, I struggled to care about things I had once believed important.

I was so lucky to have him through it all. Martin and I married six years ago, when I was 51 and he was 61. But we met long before, when I moved near to him in Somerset, escaping London to give my then eight-year-old son, Jasper, a country upbringing.

We have certainly tested our ‘in sickness and in health’ vows: he with secondary lung cancer, from which remarkably he is now free; and me with my fall.

That first awful day, Martin took me straight to hospital where surgeons explained they couldn’t operate as the damage was a hair’s width from the nerve endings in my temple. So for eight weeks I was in jaw lockdown: unable to open it wider than an olive.

You forget how much you use your jaw until you have to not use it. But it healed at a normal rate, and paracetamol and ibuprofen were all I needed for the pain.

The more active I became, though, the more I noticed the difference in my face. If I talked too much, went out for supper, laughed or smiled, my skin would erupt and my facial muscles would swell up Elephant Man-style.

I developed rashes over my body, face and mouth, and the strong steroid ointment I was given for that crept under my skin and affected my eyesight, causing cataracts that required two minor operations and left me unable to drive for a year.

Just when I got back behind the wheel, my back went.

That was when depression fully sank in, some two and a half years after my fall. I found it difficult at times to get out of bed, let alone out of the house. I was prescribed antidepressants but behaved like a hormonal loony on them.

Eating was tricky and it hurt to talk beyond a certain amount. I tried all sorts of alternative therapies but, while some eased my rashes, nothing touched my face.

I contemplated serious surgery to fix it, restructuring my jaw and removing a balloon of skin under my neck.

It was in this deflated spirit that I came across the treatment that would, in some measure, give me back my old self. And it happened by chance, when facial masseuse Lucinda Wallop moved to my town, Castle Cary in Somerset.

Lucinda, who has clinics there and in London, specialises in what has been branded ‘nature’s answer to a facelift’: Ayurvedic massage techniques that use no oil or cream but gently stimulate the face to smooth the skin, boost lymphatic drainage and ‘gently stimulate’ connective tissues.

Glowing testimonials insist it is practically as good as going under the knife.

The truth is that when I first stepped into her clinic, the thought of anyone touching my face made me want to curl in on myself like a sea anemone.

‘I don’t know how you made it through the door,’ Lucinda recollects now. Nor do I. ‘This is how I touched you then,’ she says, her touch a whisper over my skin. ‘And this is how I touch you now,’ as she kneads my face like Paul Hollywood kneading dough.

At 6ft 1in and the sister of an Earl (Portsmouth), Lucinda is an unlikely masseuse. Her client list reads like a Tatler Little Black Book and she was a TV and film producer until she decided to do something ‘more rewarding’.

And she has found her calling because, slowly, her massages have worked. Eighteen months of treatments every six to eight weeks have transformed my face.

The puffiness has gone down and these days I am regularly complimented on how ‘good’ I look, though admittedly comments from those close to me are more like ‘I can see your cheekbones again’ and ‘your neck is less like a bullfrog’s’. Charming.

But it is the effect on my emotional state I am most grateful for. Lucinda says this isn’t uncommon: most people go to her for cosmetic reasons but find the true benefits lie elsewhere.

If I’ve learnt one thing, it is that beauty is a shallow vehicle. It’s the soul that shines.

And another life lesson? Avoid flares at all costs.