From Errol Flynn onwards, for nearly a century now, Australia has provided a rich seam of chisel-jawed “hunks” from which Hollywood studios have mined.

Over the years movie bosses have polished these rough diamonds – but not too much – into sparkling showbiz jewels and, for better or worse, created a pretty narrow definition of masculinity for the Australian man to aspire to. 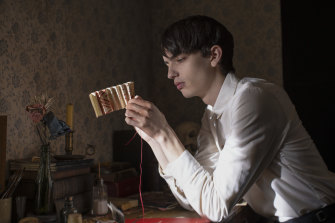 Kodi Smit-McPhee’s character in The Power Of The Dog likes to make paper flowers.Credit:

But thanks to the extraordinary success and talents of one young, introverted, pale and whippet-thin Aussie actor Kodi Smit-McPhee, perhaps our expectations of what we look for in a leading man from Down Under is finally changing.

Athletic and ruggedly handsome, until now, they were the Australian male actors who succeeded most in Hollywood, at least on a commercial basis. While the likes of Geoffrey Rush, Ben Mendelsohn and Hugo Weaving have won critical acclaim around the world, they’re not topping the “Sexiest Man Alive” lists or being showered in product endorsement deals, nor are they celebrated internationally as being particularly Australian. 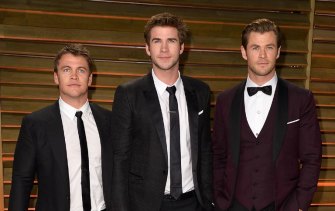 Rather it has been a far more predictable – and frankly archaic – mode of manufactured “Mick Dundee” masculinity which has created the mould for Australia’s most commercially successful male acting exports, something which has not gone unnoticed among actors from around the world.

“With the Aussies, particularly with the males, it’s the masculinity,” Michael Douglas told The Independent in 2015 when discussing what he saw as a crisis of manliness among young American actors.

“In the US we have this relatively asexual or unisex area with sensitive young men, and we don’t have many Channing Tatums or Chris Pratts, while the Aussies do. It’s a phenomena.”

But finally, we are now on the cusp of a new era of Aussie celebrity masculinity, and it’s largely thanks to the extraordinary, mould-breaking talents of Smit-McPhee.

The 25-year-old Smit-McPhee is in the middle of his most successful awards season yet thanks to his role in Jane Campion’s highly praised The Power Of The Dog, playing a creative, misfit, gentle teenage boy exploring his sexuality against a backdrop of toxic, self-loathing masculinity in America’s early 20th Century frontier country.

Having already picked up a Golden Globe and Screen Actors Guild award, it seems highly likely the actor will land a Best Supporting Actor Oscar nomination on February 8 and if he wins he will be the second-youngest supporting actor in the awards’ history (actor Timothy Hutton has held the title since 1980 winning at age 20 for his performance in Ordinary People).

Smit-McPhee has also won supporting actor honours from both the New York Film Critics Circle and the Los Angeles Film Critics Association, making him the youngest ever person to achieve the feat.

Of course, his success will come as no surprise to anyone who has followed his stellar career over the past decade. 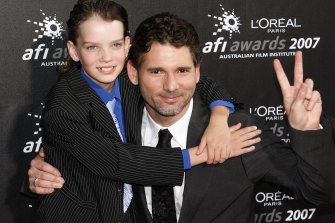 Kodi Smit-McPhee and Eric Bana in 2007 for the film Romulus, My Father. Credit:Paul Rovere PTR 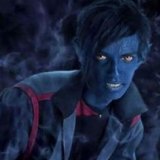 Kodi Smit-McPhee as Nightcrawler in the X-Men franchise.Credit:20th Century Fox

Smit-McPhee’s first feature film role – at age 11 – was in the powerful and emotionally wrought Romulus, My Father, which garnered him the 2007 AFI Award for Best Young Actor as well as a Best Actor nomination.

On the back of his success, the McPhee family relocated from Melbourne to Hollywood to help Kodi pursue his career, though key roles have brought him back to Australia, such as the 2015 drama TV series Gallipoli, in which he played 17-year-old Thomas “Tolly” Johnson, who ages himself up so that he can enlist with his brother Bevan.

The Power Of The Dog is about as far removed as you can get from a mega-budget science fiction franchise teen action movie, and yet it has delivered the role of a lifetime for Smit-McPhee, who has stated he is more interested in the art than the fame.

Today Smit-McPhee has his own apartment in Los Angeles, where he lives with his girlfriend Rebecca Phillipou, whom he met in Melbourne. He has largely eschewed the trappings of Hollywood celebrity.

Last week, in an interview with the Los Angeles Times, Smit-McPhee said: “In Australia, toxic masculinity is something that men are raised with. And for me, the way that I’m built, the way that I talk, the things I was interested in going through school… I stood out.

“I very quickly grew to be grateful for that. And there was no way that I wanted to change to fit in, because I knew that the things I was interested in were bringing me a greater depth and awareness of the world and my surroundings.”

Sage words, especially for a generation of young men growing up in an era where ingrained gender mores are constantly being deconstructed. Today, there is a real need for new kinds of role models, especially ones that resonate.