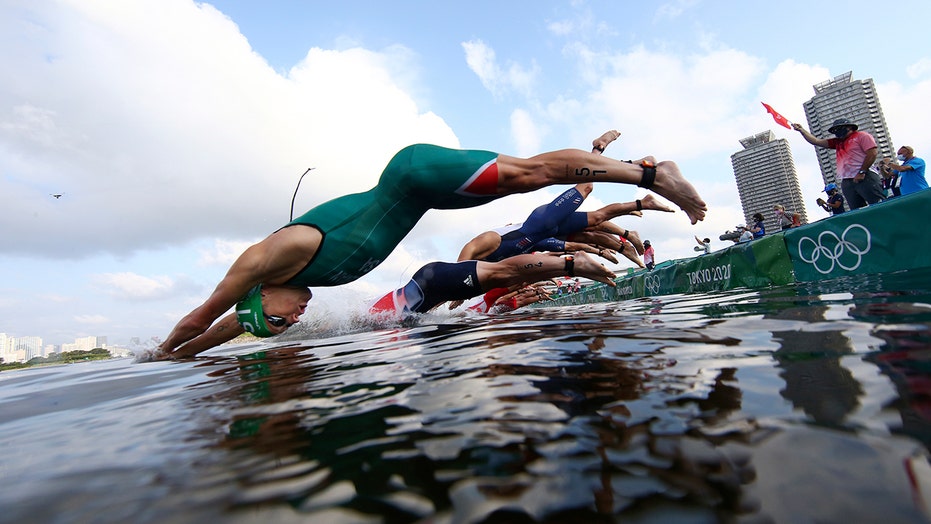 Tokyo Olympics men’s triathlon winner Kristian Blummenfelt was among the athletes who reacted to the bizarre boat incident that caused a delay in the event’s start Sunday.

Blummenfelt, of Norway, won the event but not before a TV camera boat spun into the path of swimmers at the start of the grueling triathlon.

“I saw the boat like going past the pontoon, and I was like surprised that I had this start so quickly, and I saw on my left side that there was the camera boat in front of midgroup,” he said. “So when I swam the first 50 meters I was aware that this couldn’t be right. I looked at (it) as a positive thing, as I hadn’t been swimming for 30 minutes. It was good practice.”

New Zealand’s Hayden Wilde finished with the bronze medal but took issue that his good start to the race was nixed.

“When I jumped in, it was at full gas and I was like, ‘Oh man, I’ve had an absolute blinder of a start,’ and then realized half the field wasn’t even in the water … I was pretty gutted,” Wilde said. “But it was actually quite good. If you take it in a positive way, we’d been waiting around the start for 25 to 30 minutes. So for me it was great to get 50 meters at full gas and warm the arms up a little bit.”

About 56 athletes jumped into Tokyo Bay to start the first leg of the swim. The boat incident led to jet skis tracking down the swimmers who were uninterrupted, according to Reuters.

He had three gold medals in the Ironman 70.3 Middle East Championship from 2017 to 2019. He also had one gold coming into the event from the ITU World Triathlon Series.