The Olympics could be delayed by a year or two if the coronavirus outbreak prevents the Games being held from July, a Tokyo Olympic Committee executive says.

The Tokyo Games are due to start on July 24 but Haruyuki Takahashi, an organising committee member, says if the global coronavirus outbreak prevents the sporting showpiece from being held a postponement is likely. 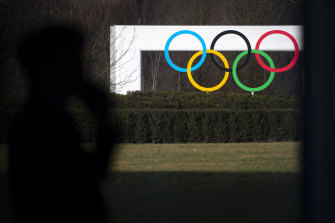 The impact of the coronavirus on world-wide sport is spreading.Credit:AP

Takahashi said the committee's executive board had yet to discuss the impact of the virus on the Games – their most recent meeting was last December, before the epidemic spread.

Japan's Olympics Minister Seiko Hashimoto has said a cancellation or delay would be "unacceptable" for athletes.

In Japan, pre-season baseball games have been played at empty stadiums. Officials of Nippon Professional Baseball said earlier this week the season, originally scheduled to open on March 20, would not start until April at the earliest.

Japan has reported nearly 1300 coronavirus cases, including about 700 from a cruise ship that was quarantined near Tokyo last month.

Experts say a one-year postponement to the same time next year would pose major logistical problems but was doable for broadcasters because it fits into their generally open summer schedule.

The new coronavirus has infected more than 116,000 people and killed more than 4000 around the world since it surfaced in China late last year.