PREMIER LEAGUE managers are supposedly phoning each other to help devise a plan to stop Manchester City's Erling Haaland.

The Norwegian has taken the league by storm since his summer move from Borussia Dortmund for £51million. 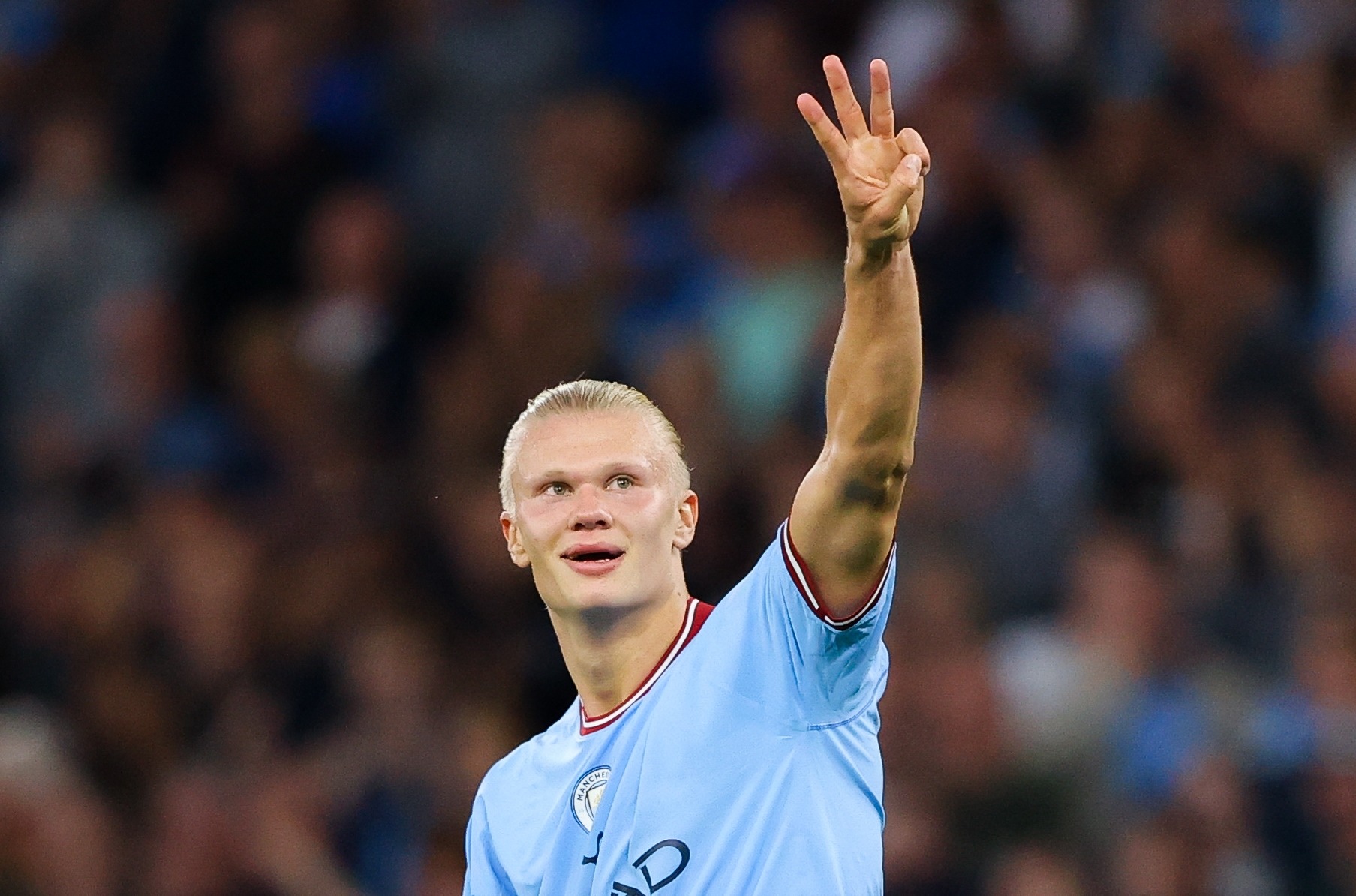 Haaland, 22, bagged his second hat-trick in a row last night in a 6-0 demolition of Nottingham Forest after scoring three against Crystal Palace on Saturday.

It took his tally for the season to nine after just five matches.

That breaks the record for the most goals scored in August and he has done so after touching the ball just 101 times.

City's No9 has also scored more goals than 15 Premier League teams so far this season.

Liverpool set to loan Arthur, Utd ANNOUNCE Antony and race on for Luiz

This incredible stats come despite him being subbed off in four of his five league games this season.

Prem managers have reportedly held discussions with each other over how to stop him.

An unnamed gaffer has called Haaland "an alien" who is "stronger, taller, faster than anything we have seen before".

Drastic action is needed and it has got to a point where teams are sharing tips on how to deal with the goal-machine, with some panicking he will become more dangerous over time.

Liverpool set to loan Arthur, Utd ANNOUNCE Antony and race on for Luiz

The only side that managed to stop him scoring was Bournemouth, where he got just an assist in the game, but they still lost 4-0.

Haaland's clinical nature in front of goal is nothing new, at Dortmund he netted 86 goals in 89 games.