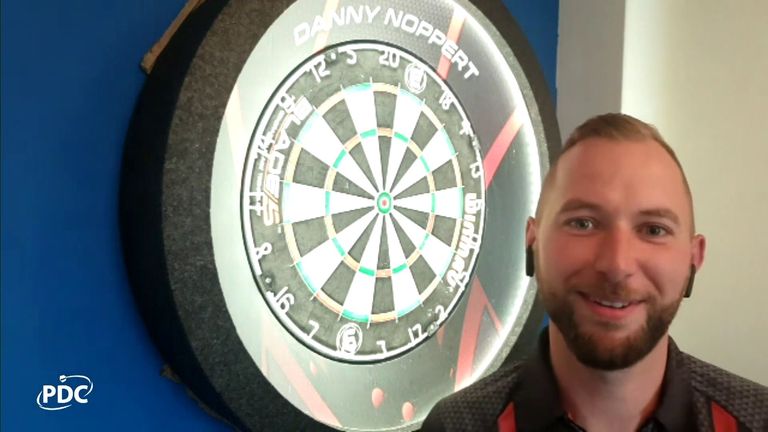 Cristo Reyes made it three wins from three to win a highly-competitive group on Night 29 of the PDC Home Tour, following in the footsteps of fellow Spaniard Jesus Noguera.

The world No 46, playing from his father-in-law’s bar in Tenerife, overcame world no 31 John Henderson in a nine-leg thriller, before also going the length with world No 117 Ryan Meikle and completing the clean sweep against world No 25 Danny Noppert.

Reyes said: “I was lucky in the first match against John Henderson to win the final leg and in the second game lucky again. Now I was playing more relaxed and it was a good win [against Noppert].”

It was Henderson who finished in second place thanks to a hard-fought win over Noppert followed by a phenomenal performance against Meikle, whose admirable efforts went unrewarded at times.

Noppert started his night positively as he beat the capable Meikle 5-2 with a 91 average despite not quite being as accurate on his doubles as he might have liked. A highlight for the man on the losing side had been a superb 138 checkout in a 12-dart leg to reduce the deficit to 4-2.

Henderson and Reyes then traded seven successive breaks of throw in a back-and-forth contest before the Spaniard, who had fired four maximums, edged it 5-4 with a clinical 76 checkout to get his first win over the Highlander at the fourth time of asking. 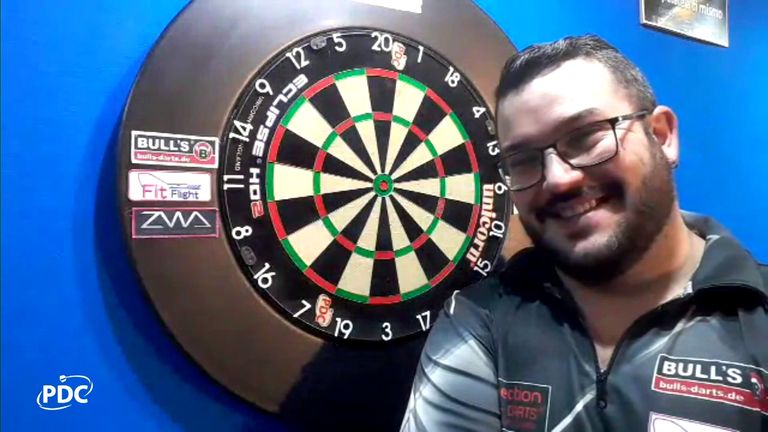 Game three had shades of the second as Reyes clinched a 5-4 victory over Meikle by pinning double five for a deciding break having missed two match darts on his previous visit.

The pair had exchanged legs right the way through, with Meikle checking out an impressive 104 to level it at 4-4 and keep his hopes alive. His chances of topping the group were soon dashed in the next leg when Reyes made it two wins from two with a 95 average.

For the third consecutive time on the night, a game went all the way to the ninth leg as Henderson kept himself in contention with a 5-4 win over Noppert. The Scot had raced into a 2-0 lead after checking out 140 for a 12-dart opener, before Noppert produced a 129 finish on the bullseye to make it 2-1.

The men found themselves level at 4-4 before Henderson kept his nerve to claim a tense final leg, leaving the group wide open heading into the final two matchups. 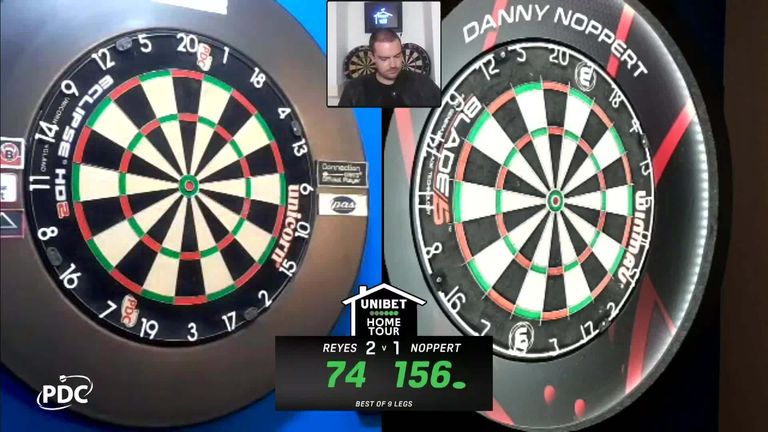 Henderson entered his final game knowing he needed to restrict Meikle to a maximum of two legs if he was to have any hope of topping the group. A 5-0 whitewash did just the trick, the 47-year-old checking out 121 on the bullseye for an early 12-dart break before making it 3-0 despite Meikle averaging 104.

A dominant display prompted a cry of ‘this isn’t fair’ from Meikle as Henderson made it 4-0, eventually pinning double 12 to wrap up the win with a 104 average having limited his opponent to just one attempt at a double.

Despite pressure from Henderson, a place in the next round was finally Reyes’ as he managed a 5-2 win over Noppert, who had produced a 156 checkout to make it 2-2 early on in the game.