Back to the drawing board! These VERY questionable interior design decisions should never have been given the green light – from a frilly Jaws-themed toilet to a curvy door

Grand designs are not always good ideas, as these baffling photos prove.

Social media users from around the world have shared snaps of the very questionable interior design decisions they’ve come across, from half-built staircases to a second floor door that opens into thin air.

The hilarious photos, including a snap of a washing machine built into a bathroom wall, were collated in a gallery by My Health Gazette.

One of the strangest examples is a grand set of double doors that can’t open because they were built in front of a grand curving staircase.

Here, FEMAIL shares some of the worst design fails – and they’ll make you feel better about your chipped paint and own DIY disasters… 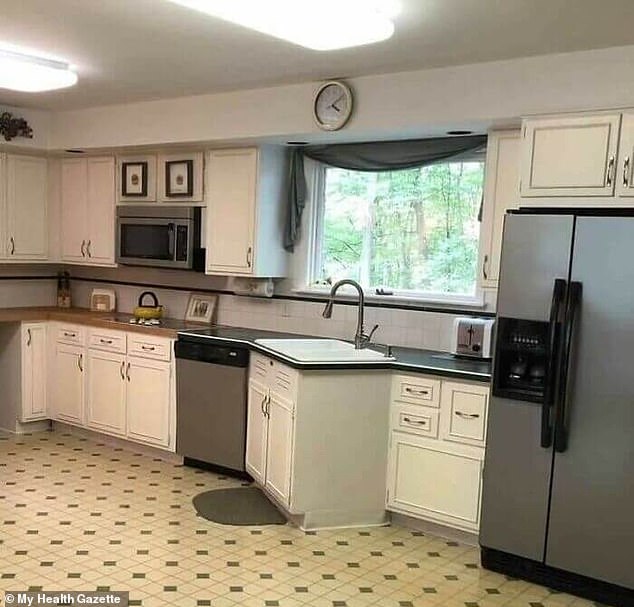 Cooking up some problems! This strangely designed fridge features a double sink that juts out into the middle of the floor for no apparent reason. It is one of the design fails shared by people from around the world in a gallery created by My Health Gazette 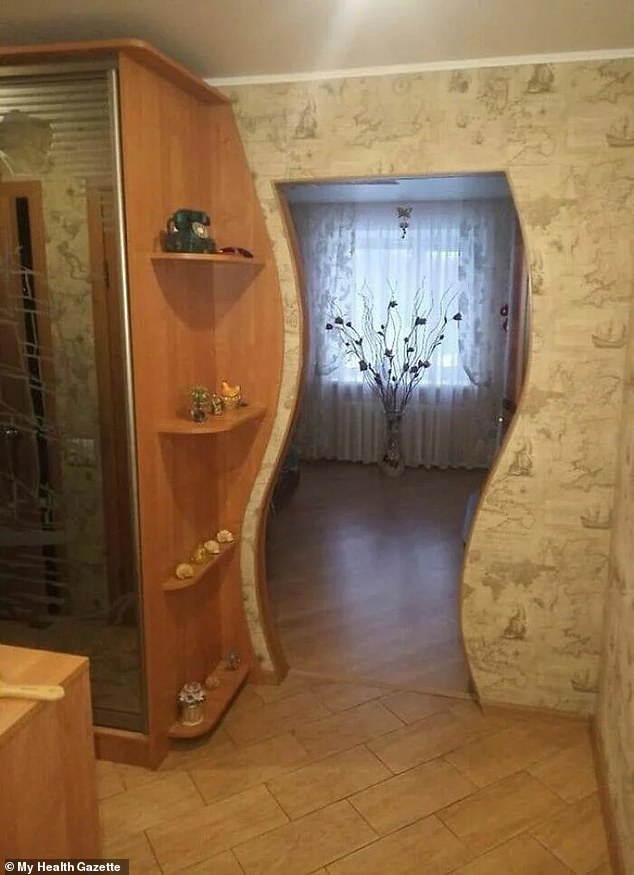 House of fun! This curvy doorway wouldn’t look out of place in a fun fair… but makes a strange addition to a family home 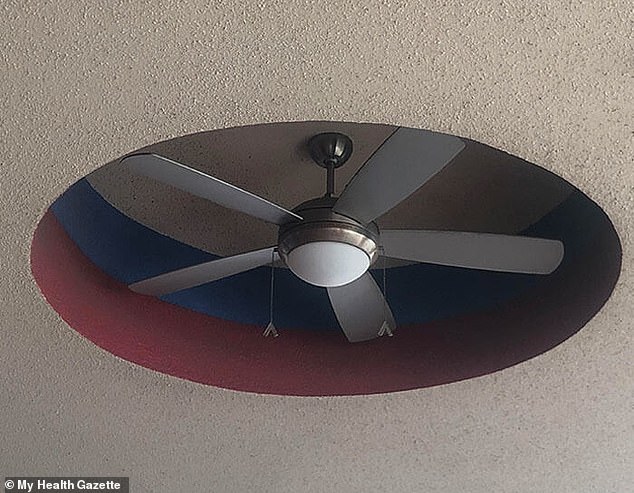 Not a fan! Some social media users questioned the odd positioning of this fan, which is carved into the ceiling 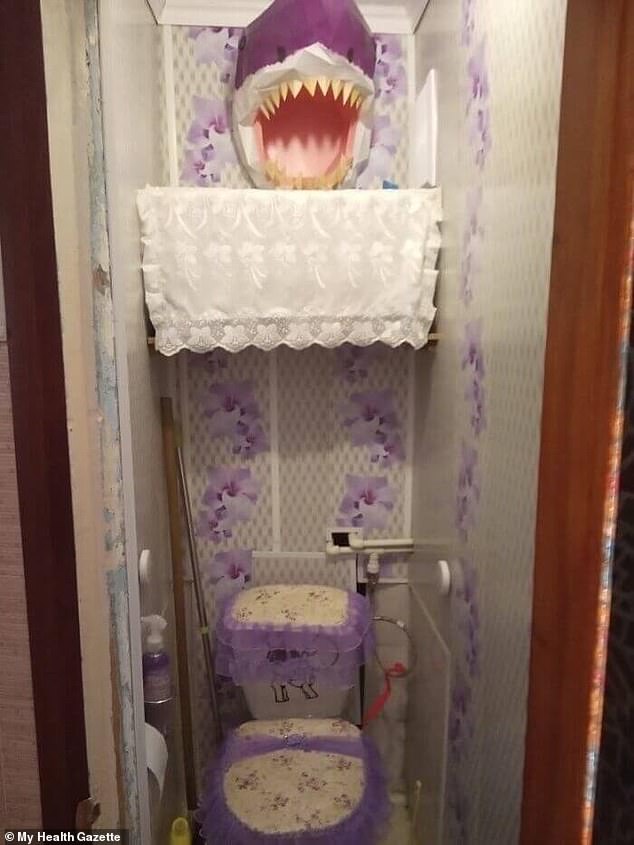 Watch where you sit! This strange toilet features a mix of ultra feminine frills and a terrifying fake purple shark head 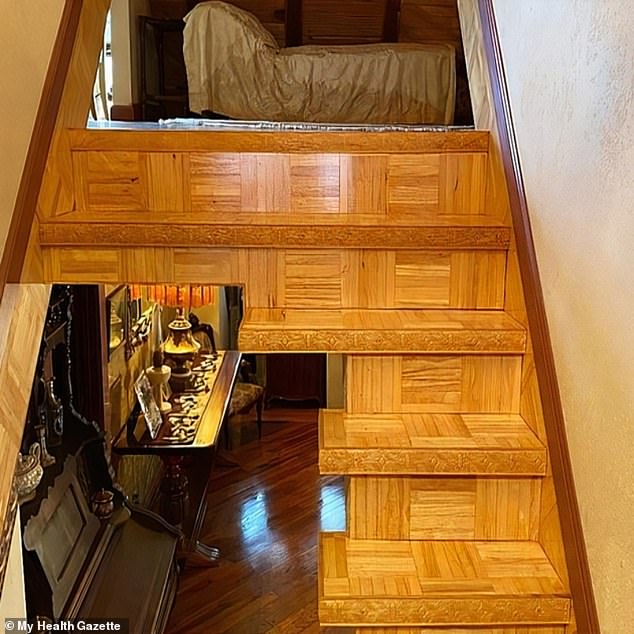 Watch your step! This house in Minnesota features some dangerous stairs that appear to have been cut in half 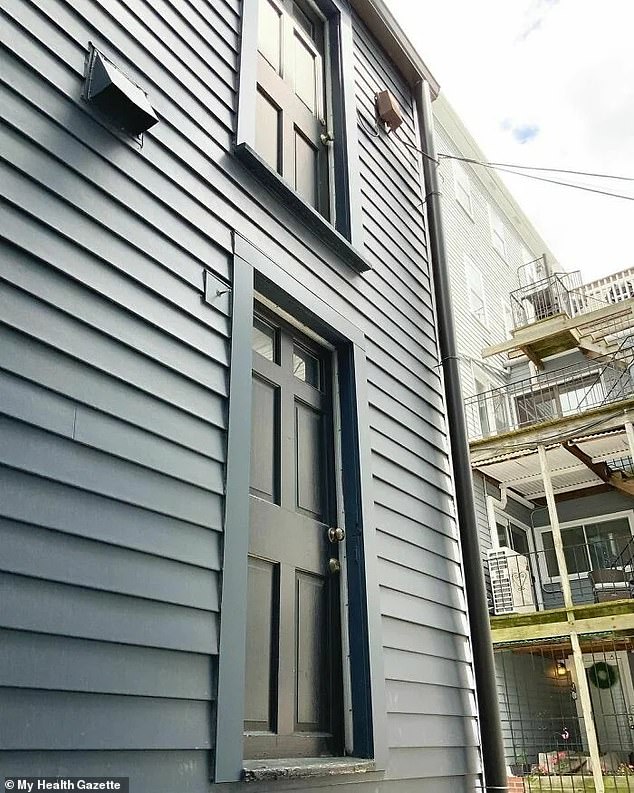 Door to nowhere! The owners of this second storey property have to be careful before they open the door into thin air 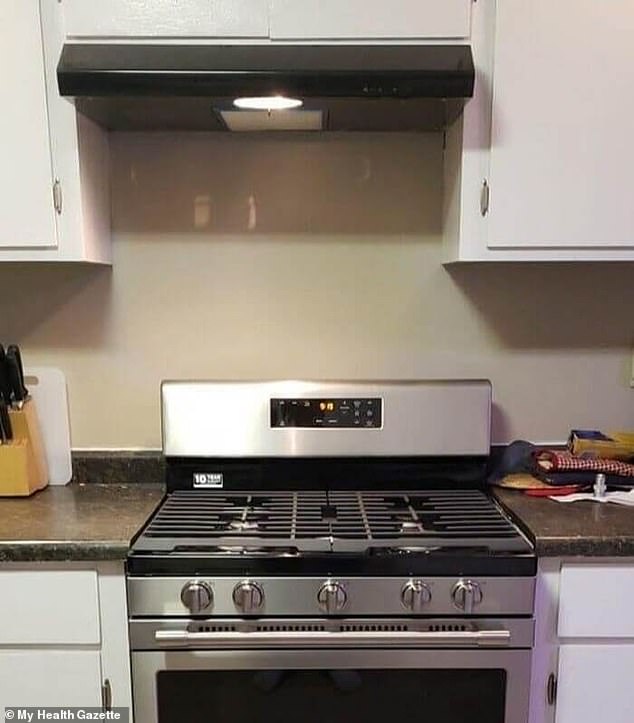 Slightly wrong position: This cooker hood wasn’t in the right place in relation to wear the oven was 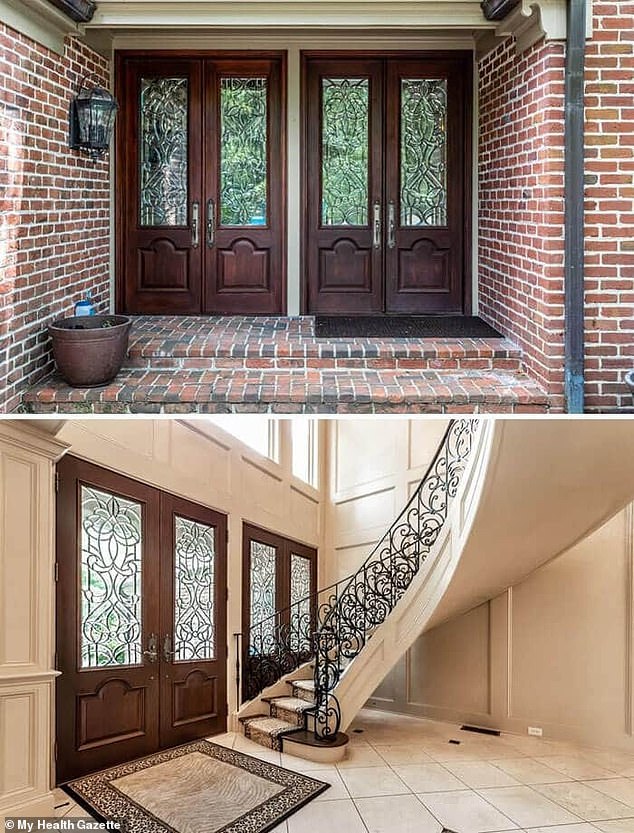 Who thought of that? These doors look grand from the outside… but open straight onto a staircase A messy mistake! One amusing photograph showcases a set of blinds being used instead of a shower curtain 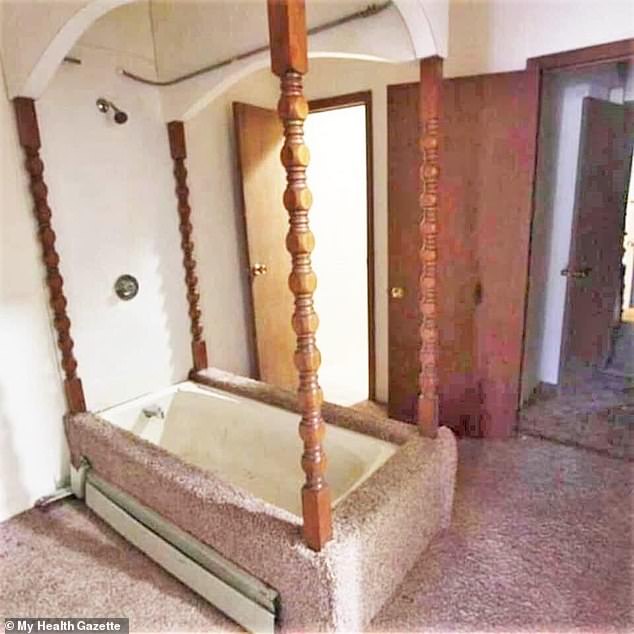 Not the type of bathroom you’re used to: One homeowner decided to cover their bath with carpet 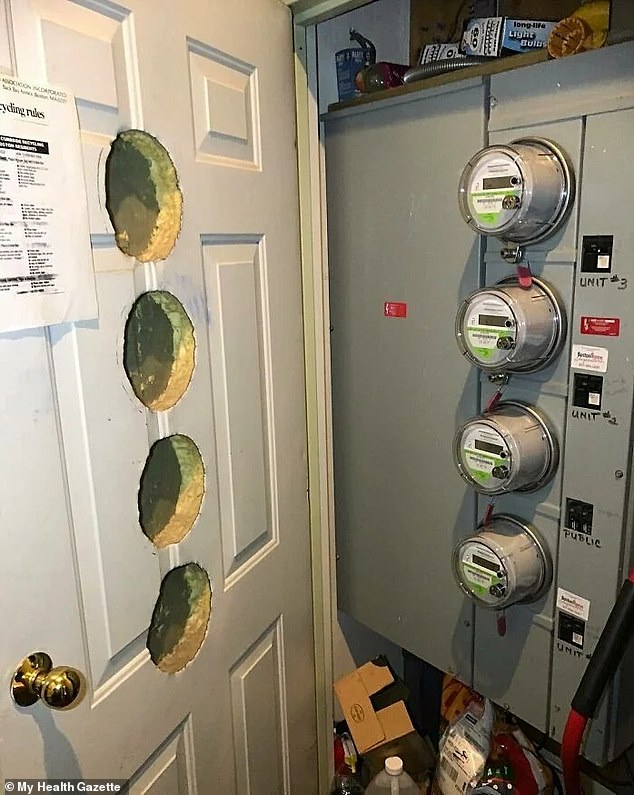 Where there’s a will, there’s a way! Building owners came up with an unusual way to accommodate their electricity meters 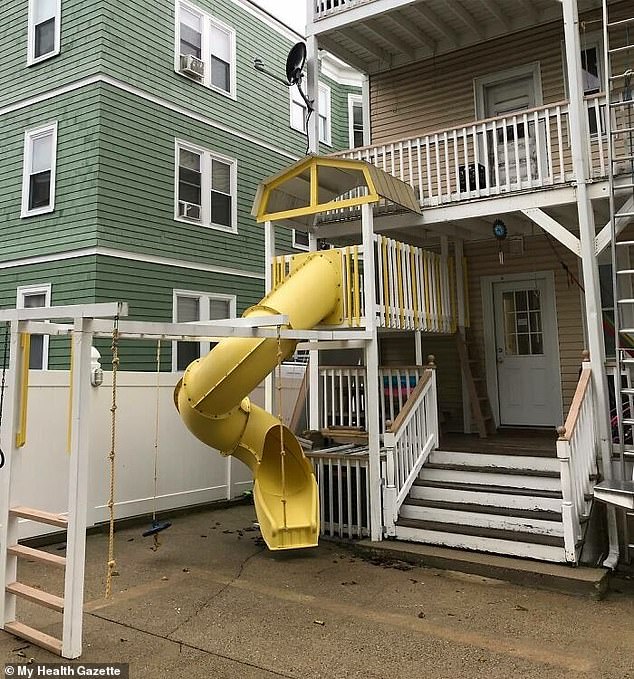 Health and safety! Parents would have to think twice before letting their children use this DIY playground 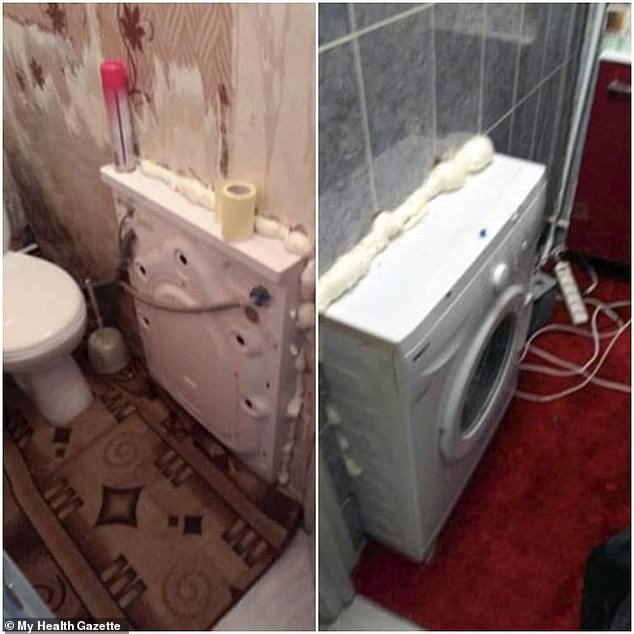 Wash where you step! This space-saving idea involves placing the washing machine in the middle of the wall 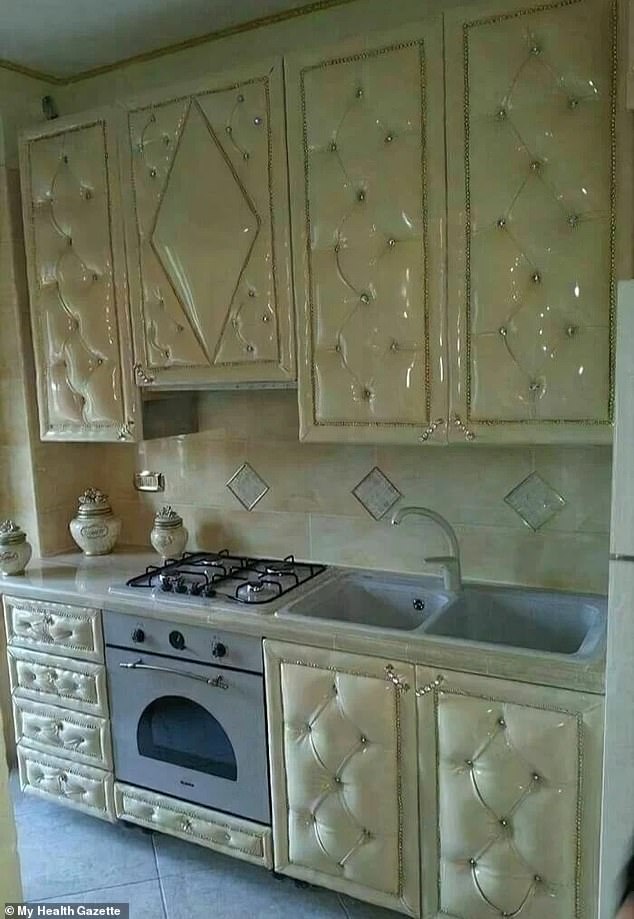 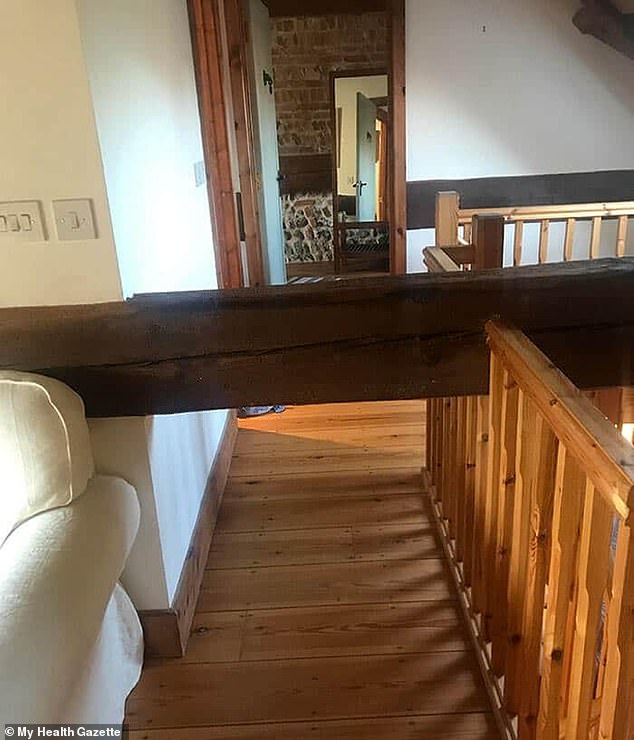 Who wood have thought that was a good idea? This homeowner was determined to keep the house’s period features but it came at the expense of safety and practicality 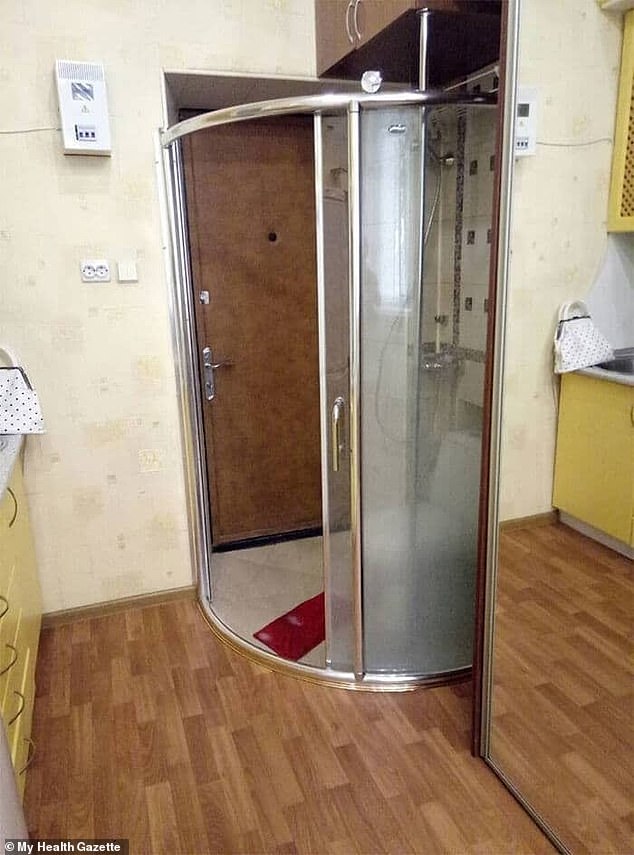 Keeping clean! One person apparently decided to build a shower next to their front door to use as soon as they entered their home